The coronavirus is entering a new phase in the United States: it's now invading rural America. The administrations' experts are sounding alert but there are no signs that President Donald Trump has a cohesive master plan to tackle the growing crisis. Unless muddying the waters, spreading misinformation, denial and going on the political attack is a cohesive … END_OF_DOCUMENT_TOKEN_TO_BE_REPLACED 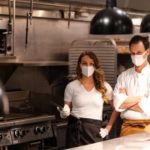 For Gabriel Gordon and his wife Lena, the small restaurant they opened 14 years ago in the coastal California town of Seal Beach was a dream project and the cornerstone of their future success.But this weekend, Beachwood BBQ, which had become a staple in the community, permanently shut down -- yet another casualty of the carnage the coronavirus pandemic has unleashed on … END_OF_DOCUMENT_TOKEN_TO_BE_REPLACED 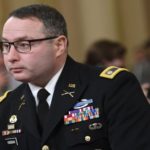 Nine months ago, Army Lt. Colonel Alexander S. Vindman, a decorated Iraq War veteran and Purple Heart recipient, testified during Trump’s impeachment trial that, as the top Ukraine expert in the National Security Council and after having taken part in the infamous July 25 phone call, he had “grave concerns about President Trump’s politicized extortion of Ukraine’s president.” … END_OF_DOCUMENT_TOKEN_TO_BE_REPLACED 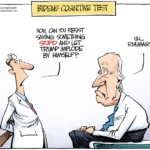 It’s simple math. A successful political coalition is built on the principle of addition, not subtraction. Basically, you welcome anyone who wants to help. You park all disagreements and join forces for the common cause. All Democrats should be thrilled that vocal cadres of anti-Trump Republicans are laboring to defeat – by the most decisive margin possible – the worst … END_OF_DOCUMENT_TOKEN_TO_BE_REPLACED 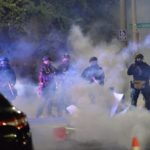 Even in the hazy, flag-waving days surrounding the Sept. 11, 2001, terror attack on the United States, there was something about America’s rush to create a massive state apparatus called the Department of Homeland Security that made some people’s skin crawl — and not just the usual patchouli-scented, granola-sated leftist suspects.“The word ‘homeland’ is a strange word,” George … END_OF_DOCUMENT_TOKEN_TO_BE_REPLACED Washington (AFP) - US President Donald Trump on Thursday suggested an unprecedented delay to the 2020 election -- which polls show him losing -- claiming that attempts to provide safe voting during the pandemic will promote mass fraud."Delay the Election until people can properly, securely and safely vote???" Trump, who faces Democrat Joe Biden on November 3, asked in a … END_OF_DOCUMENT_TOKEN_TO_BE_REPLACED 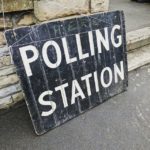 Both the Republican and Democratic candidates for president in this election are concerned about the possibility of voter fraud. However, the origin of this supposed fraud differs markedly between the candidates. Trump and his Republican buddies are raving and ranting about voter fraud coming from ineligible voters in America who vote to support Joe Biden and the Democratic … END_OF_DOCUMENT_TOKEN_TO_BE_REPLACED 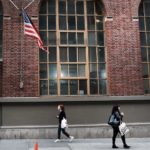 The U.S. economy dived an annualized real 32.9 percent in the April to June period amid the coronavirus pandemic, the worst quarterly deterioration since comparable data became available in 1947, the Commerce Department said Thursday.The contraction in terms of inflation-adjusted gross domestic product, which followed a 5 percent drop in the preceding quarter, underscored the … END_OF_DOCUMENT_TOKEN_TO_BE_REPLACED Trump’s troops will be removing their tear gas, batons, stun grenades, and themselves from Oregon. Their next stop is anybody’s guess. It probably will  not be Chicago, Albuquerque, or any of Trump’s Indigo Blue election targets. Oregon authorities have pledged to safeguard the federal courthouse, whose security was cited by A.G. Bill “Dis” Barr as the reason Trump federales … END_OF_DOCUMENT_TOKEN_TO_BE_REPLACED Today, "the Conscience of the Congress" and civil rights giant, John Lewis, will be laid to rest. Shortly before his death, he wrote an essay which he gave to New York Times Editor Kathleen Kingsbury to be published on the day of his funeral. Today, his words appear at The Times under the title “Together, You Can Redeem the Soul of Our Nation”: Addressing … END_OF_DOCUMENT_TOKEN_TO_BE_REPLACED Yesterday, during his bogus coronavirus hearings that are actually replacements for his hater rallies, Donald Trump wondered out loud why Dr. Anthony Fauci is more popular than he is. For his answer, maybe he should consult with Dr. Demon Sperm. Donald Trump pointed out they’re a part of the same team and administration, yet Fauci has better ratings. For starters, they’re a … END_OF_DOCUMENT_TOKEN_TO_BE_REPLACED Washington (AFP) - In pulling 12,000 US troops from Germany, President Donald Trump is laying bare what has long been clear -- there is no love lost between him and Chancellor Angela Merkel.Trump has clashed with plenty of US allies but he has appeared to have special enmity for Merkel, whose liberal, technocratic approach on issues from the coronavirus to immigration is at … END_OF_DOCUMENT_TOKEN_TO_BE_REPLACED There are a lot of products on the market advertising their energy efficiency, catering to consumers who are concerned about environmental issues. These appliances aren't just a marketing stunt, though, as they come with a handful of benefits. The most obvious advantage of energy-efficient appliances is that they're better for the environment. Many of them may come with a … END_OF_DOCUMENT_TOKEN_TO_BE_REPLACED 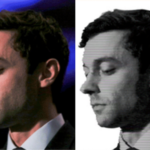 A Republican senator has deleted an ad that made his Jewish opponent's nose bigger. Georgia Sen. David Perdue's campaign is insisting it was just an error by a graphic artist and explanation that many aren't buying. The Jewish Forward: The ad called for donations to Perdue, a Republican, by claiming that “Democrats are trying to buy Georgia.” It uses black-and-white … END_OF_DOCUMENT_TOKEN_TO_BE_REPLACED 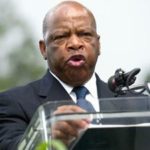 Like most Americans, I watched the ceremony in the Capitol Rotunda honoring the “boy from Troy” who became the “conscience of Congress.” House Speaker Nancy Pelosi eulogized her colleague, the late Rep. John Lewis. The centerpiece of her eulogy was the voice of Lewis himself, reverberating through the Rotunda as if he were there in person. It was part of a 2014 Emory … END_OF_DOCUMENT_TOKEN_TO_BE_REPLACED 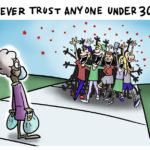 Is Donald Trump's political fate sealed? That's the dominant question as many stories appear about how poorly he is doing in polling which Trump tries to discredit by calling them fake, politically biased polls, even if they're Fox News polls. A lot of people predict he can't recover from such bad polling numbers in light of the raging coronavirus, battered economy and … END_OF_DOCUMENT_TOKEN_TO_BE_REPLACED 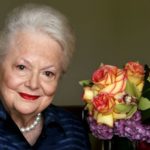 PARIS (AP) — Olivia de Havilland, the doe-eyed actress beloved to millions as the sainted Melanie Wilkes of "Gone With the Wind," but also a two-time Oscar winner and an off-screen fighter who challenged and unchained Hollywood's contract system, died Sunday at her home in Paris. She was 104.Havilland, the sister of fellow Oscar winner Joan Fontaine, died peacefully of natural … END_OF_DOCUMENT_TOKEN_TO_BE_REPLACED