Some Housekeeping at the End of the Teens

I have been blogging since 2004, which is fifteen years. I have been contributing to the Jon Swift Roundup since  2010 which is ten years now. I had originally met “Batocchio” when he was substituting for Mike Finnegan at “Mike’s Blog Roundup” on Crooks and Liars, which has been a fan and promoter of my blogging  for more than a decade now (going back to 2007) and past Mike’s retirement a few years ago. [Most recently, HERE]

Batocchio, who has taken on this thankless task explains:

This tradition was started by the late Jon Swift/Al Weisel, who left behind some excellent satire, but was also a nice guy and a strong supporter of small blogs. As usual, I’ll quote Lance Mannion, who nicely explains:

Our late and much missed comrade in blogging, journalist and writer Al Weisel, revered and admired across the bandwidth as the “reasonable conservative” blogger Modest Jon Swift, was a champion of the lesser known and little known bloggers working tirelessly in the shadows . . .One of his projects was a year-end Blogger Round Up. Al/Jon asked bloggers far and wide, famous and in- and not at all, to submit a link to their favorite post of the past twelve months and then he sorted, compiled, blurbed, hyperlinked and posted them on his popular blog. His round-ups presented readers with a huge banquet table of links to work many of has had missed the first time around and brought those bloggers traffic and, more important, new readers they wouldn’t have otherwise enjoyed.

It may not have been the most heroic endeavor, but it was kind and generous and a lot of us owe our continued presence in the blogging biz to Al.

I received my first invitation in 2o1o, thusly:

Hi, I’m trying to revive a tradition started by the much-missed Jon Swift/Al Weisel, the “Best Posts of the Year, Chosen by the Bloggers Themselves.”  Jon/Al left behind some wonderful satire, but was also a nice guy and a strong supporter of smaller blogs.

(co-founded with skippy) is a celebration of small blogs that’s still going strong, and coming up again the first weekend in February.  However, I’d like to revive the “Best Posts of the Year” feature as well, both as a tribute to Jon/Al and because it was something special in its own right.

If you’d like to participate, just reply to this e-mail or write to me (Batocchio9 AT yahoo DOT com) with the following:

(If it’s not a reply, adding “best post” in the subject line would also help.) 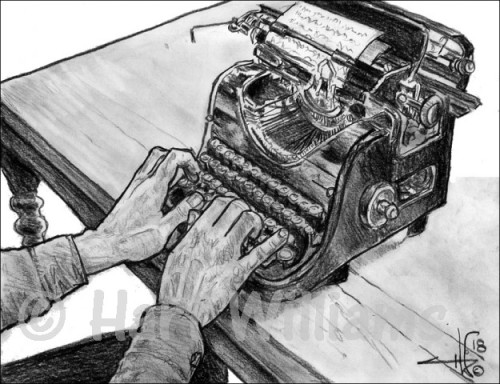 I would be very honored if you would participate and send me a link to what you think was your best post of [2010], along with a short description of it.  Please make the hard choice and send me only one link.  I would like to post it before the end of the year, so if you could get it to me before Christmas, I would really appreciate it.

I have no idea how involved this will be this year and whether participation will be light or overwhelming; I’m trying to find the right balance between “inclusive” and “manageable.” I’m happy to discuss other ideas on how to run it in the future if it continues. 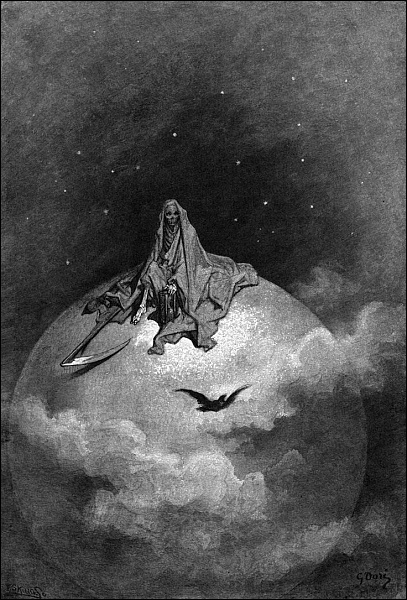 Sadly, as Batocchio explains, this has been a rough year for blogging mortality:

This year, I have to mention the passing of skippy the bush kangaroo/ Gil Christner, who cofounded Blogroll Amnesty Day with Jon/Al, a blogswarm celebrating smaller blogs. Long-time participant Shaun Mullen of Kiko’s House also passed away.

I did not know Al/Jon Swift at all. I did not know Skippy, although I had corresponded with him. I could say the same for Shaun Mullen, save that there is a connection that I have to explain here.

Shaun Mullen was a columnist for The Moderate Voice for several years, in addition to his blog, Kiko’s House.

Sadly, his last blog posting was on December 11, concluding with this before he passed away:

Donald B. Ayer, who preceded Barr as deputy attorney general in the George H.W. Bush administration, warned that Barr “is bringing to bear, in all of his conduct here, a perspective on the law that the president is all-powerful and should be able to do pretty much whatever he wants.  And I think we’re not done yet.  It seems likely that Barr will do some pretty bad things with whatever facts Durham finds, by viewing them through the lens of his twisted concept of executive power.”

This is not mere partisan hackery.

Barr, in publicly accusing his own staff of screwing up while buying into sinister conspiracy theories, is sending the message that our right to free and fair elections has been abrogated.  Which it has, but to hear the attorney general infer as much is an outrage, and all the more so because Trump’s congressional allies have largely given up disputing the facts Barr continues trying to subvert.

There is only one way to hold Barr accountable even as Trump lays the groundwork for slithering off the impeachment hook after a Senate trial stemming from his efforts to fix the 2020 election.  That would be articles of impeachment charging the attorney general with obstruction of justice and abuse of power.>Yeah, everybody’s exhausted by all this shit.  But Barr has to be stopped.

Alas, Sean passed away on December 12, while Barr is, to the best of my knowledge, still sitting pretty in his demonic catbird seat.

Sean communicated with me a week before his passing, after reading of my misgivings about returning to blogging on December 4:

Your voice is important.
Not responsible for typos sent from my iPhone.

Precisely eight days later he was dead.  I had just accepted the position of Columnist at The Moderate Voice, as a replacement for Sean’s long tenure in said position. So the admonition seemed doubly meaningful. Which leaves me with weird and eerie feelings about it all.

But I guess I have to take him at his word. Thanks Sean.

The year ends with seeming apocalypse: Australia is on fire, the US embassy in Baghdad is under siege by crowds yelling “Death to America,” the EPA is warning that Trump’s regulatory rollbacks clash with established science (I’d paraphrase, but this is a family-friendly blog right now), Trump is trying to corrupt his own impeachment trial to the extent that his small hands can grasp, North Korea has just sworn off its self-imposed nuclear test ban, and generally the world is going to hell in a handbasket.

Numerous stories have been deep-sixed by an increasingly traitorous American media, of, by and for the plutocrats, and our ability to find out the actual news now requires a constant effort and a large consumership of offshore press sources.

As the ‘Teens come to an end, the ‘Twenties are not looking very promising — that is, to people into peace, health, prosperity, justice and equality.

On the other hand, if you’re against these quaint notions, this may well be the decade you’ve been waiting for.

I can only offer my best wishes and hope to hell that you’re Ok through all of this.

A preliminary happy new year and new decade (yes, Virginia, I KNOW there is no “year zero,” but practice, in this case, trumps theoretical knowledge). I guess I’m back with a mandate of sorts.

Oh, and go read the best of the blogs, 2019, as selected by the bloggers themselves.