Posted on July 21, 2021
You are here: Home / Featured / Why everyone should celebrate Juneteenth, the new federal holiday 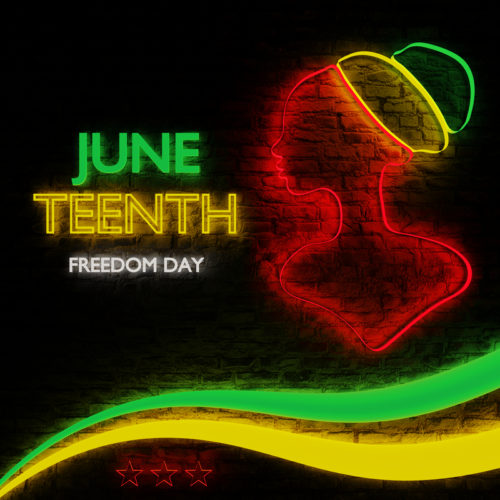 I was delighted to learn that Congress, by an overwhelming vote, has decided that Juneteenth should be a federal holiday. President Joe Biden subsequently signed the Juneteenth bill into law.

Marking the June 19, 1865 date when U.S. Army Major General Gordon Granger abolished slavery in Galveston, Texas, Juneteenth is a holiday that should be celebrated by White people of conscience as well as by Black descendants of slaves, and by everyone else in the multi-racial, multi-ethnic union we call the United States.

Why should everyone celebrate this singular holiday? Because it marks an important moment in our social evolution as a country, a date when the United States advanced toward the goals set out in the Preamble of its Constitution: “to form a more perfect union, establish justice, insure domestic tranquility, provide for the common defense, promote the general welfare, and secure the blessings of liberty to ourselves and our posterity.”

Furthermore, by celebrating Juneteenth we who are White, Latinos, Asians, and Native Americans say to our Black fellow citizens that you are not alone in your continuing struggle for racial equality and equity; we are here and we are with you.

Because Juneteenth is a brand new holiday, and only two days away, many people, including this writer, may not yet know what the best way is to celebrate it. Probably traditions that will develop over the next several years will guide us and our descendants.

It is interesting that news of the Juneteenth holiday came at the same time that Gov. Greg Abbott of Texas, at a news conference well attended by members of the Texas Legislature, announced a campaign to build as much of a wall as possible along his state’s 1,200-mile border with Mexico, continuing former President Donald Trump’s project in reaction to its cancellation by President Biden.

From Texas, it seems, we have contrasting examples of the humanitarianism of Juneteenth and the xenophobia of border walls and anti-immigration rhetoric.

It’s also interesting that at the same time Abbott was doing what he could to discourage immigration (and encourage nativists to vote for him in any subsequent election), U.S. Attorney General Merrick Garland was liberalizing policies concerning the granting of asylum to immigrants who have good reason to fear for their lives.

In a reversal of the policy under President Trump, Garland said people who flee to the United States because they are attempting to escape domestic abuse or gang violence should be permitted to make their cases for asylum before immigration courts – and not simply turned away from our borders.

More and more, we are seeing that there is an ideological battle in our country between those forces favoring inclusion and those merchants of fear who resist any efforts to realize fully the goals set forth in our Constitution’s preamble.

It would be easy for us to recognize the villains and the heroes if people consistently were on one side or the other. But such is not the case. Whereas the Texas state government has become increasingly anti-immigrant, and anti-asylum seeker, the majority of its representatives and senators in Congress favored the adoption of the Juneteenth holiday.

This reflects, I think, the confusion people feel over what national policies are right and which are wrong. Which of these policies are moral and which immoral?

Those of us who believe all of our fellow human beings are entitled to be treated with dignity must step up during this debate over the future direction of our nation and declare ourselves in favor of the biblical mandate to “welcome the stranger.”