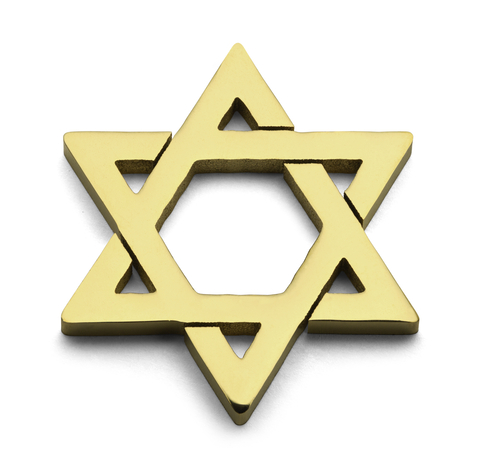 EDISON, New Jersey — I begin with a question that Jews have been asking for millennia. Why do they hate us? This year we saw a surprising rise in anti-Semitic attacks in America—attacks that never happened before on American soil. Rav Moshe Feinstein—the prime decisor of Jewish Law of the 20th century—called America a medina shel chesed (a country of kindness) for the Jews. But now…we’ve all had to up our security because of the hatred. And in shul?’ Now I wonder how our shul can be more locked and secure.”

Jewish organizations are turning themselves inside out trying to figure out and understand why is this happening? How can we better educate people and get them to like us? Let me tell you: Gornisht helfin, it’s a waste of time! We know the cause of the problem; they tell us: it’s because we are capitalists or communists, too liberal or too racist…because we own the banks or poison the wells…because we’re too pushy or too ghettoized…because we’re the chosen people or an inferior race! Anti-Semitism is, in a sense, incomprehensible.

Jacob flees his home because his mother Rivka informs him that his brother Esav vowed to kill him after Jacob stole their father’s blessing. She reassures him that she’ll let him know when the coast is clear and he can return home. In this week’s Torah portion we see that Jacob never hears from his mother because the coast is never clear! And, in next week’s Torah portion we have the inevitable confrontation between the brothers. On that text Rashi quotes a Midrash: Halacha hi b’yodua, sh’Esav soney l’Yaakov (It is a well-known dictum that Esav hates Jacob).

It’s almost an ontological condition throughout history: the non-Jew hates the Jew. The same Moshe Feinstein that referred to America as a “country of kindness” for the Jews …when asked whether Jews in Britain should sue the government because of some ruling they made regarding day schools…responded that they should be careful: “For we have to realize that hatred of the Jews by all nations is actually great—even in nations that behave well toward Jews. As Rashi explained: It is a well-known dictum that Esav hates Jacob.”

What was the root cause of Esav’s hatred of his brother? It couldn’t be because Jacob received Isaac’s blessing…because they were fighting since they were twins in the womb. Esav hated what he and his twin brother were destined to be: Esav, the hunter and Jacob, the scholar. The hunter usually envies the scholar. Rarely does the scholar wish he were the hunter. During the middle Ages, when Popes were illiterate, 7-year-old Jewish children were reading Torah and Rashi, counting and doing math. The hatred is not because Jews are inferior—but because they excel!

.Who are the “they” who don’t like us? All I can tell you is that there are plenty of them—but not all of them! As Moshe Feinstein said, “We live in a country that is a medinah shel chesed (a country of kindness) for Jews.” A new report tells us that 25% of Europeans are anti-Semites. But that means 75% are not! You might not believe this, but according to the latest Pew Center Research, Americans like Jews—92% look favorably at Jews. Not every non-Jew is an Esav; but non-Jews are challenged by Jews. Do they resent what Jews contribute, or are they admired?

My friends, we have a choice to make. We Jews stand out—no way around it! Each of us must choose. Do we stand out because we’re a Jeffrey Epstein or a Harvey Weinstein…or do we stand out for being a Nobel Prize winner or a noble person? The choice is one that each of us has to make, because Gd has already made His choice when He promised Abraham: “I’ll make of you a great nation and I will bless you and make your name great and you shall be a blessing…and through you all the families of the earth shall be blessed.” May we all choose to be a blessing.

This article is republished from San Diego Jewish World which, along with The Moderate Voice, is a member of the San Diego Online News Association.