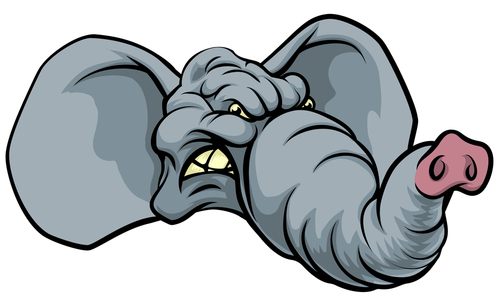 Since Trump took over the Republican Party in 2015, the question that needs to be asked is where is this political party headed? What is their raison d’etre or reason for being? In the 2020 election, the Party ran without a platform or specific policy objectives. The only factor that bound members together so it could be called a party was its support of Donald Trump. That would be fine if Trump espoused a specific ideology, but he doesn’t. He is defined by populism and nationalism, but his allegiance appears to be primarily to people of wealth and perhaps how to help them get more. Though he is thought of as a populist and is adored by a large segment of the population, during his term in office he did little to improve the lives of ordinary Americans. He seemed to be mainly concerned by how to make his own life better along with those of his family and friends.

Having lost his bid for re-election, he still claims that he won and that the election was stolen from him, mostly because he does not want to be labeled as a “loser”. To obtain Trump’s support in future elections, the overwhelming majority of Republicans have backed his claim that the election was stolen though they all know this is a boldfaced lie. But few Republicans want to cross him in any way. Though he is out of office and does not have the bully pulpit any longer, he is still the leader of the GOP and all of its members must pay fealty to him or suffer the consequences. The Republican Party has become a Trump cult. Aside from loyalty to Trump, the Republicans still have no specific policy proposals on which to run a campaign. They do oppose virtually every idea that the Democrats have brought up and tried to make into law, but opposition alone is not enough to define a political party. They need specific proposals that they are trying to make law, but thus far have not come up with anything concrete. Recently, it appears that some Republicans in the Senate may be willing to compromise with the Democrats over infrastructure plans. But this still does not a party make. They are also willing to have their members support conspiracy theories like QAnon and people like Marjorie Taylor Greene.

The Republicans who oppose Trump for the most part call themselves conservatives, but they also have not come forth with a specific platform they can stand on. They are anti-Trump and anti-Democratic Party, but what are they for. What new laws would they like to see enacted? So Republicans of all stripes, pro-Trump and anti-Trump appear to be lacking goals and ideas that they can trumpet to their base and independents to help them get elected or re-elected. Are there any Republicans who know where their Party is going aside from how it relates to Trump? And outside the Party, do the Democrats or Independents know what Republicanism stands for at this point in time?

GO HERE for a story of related interest.