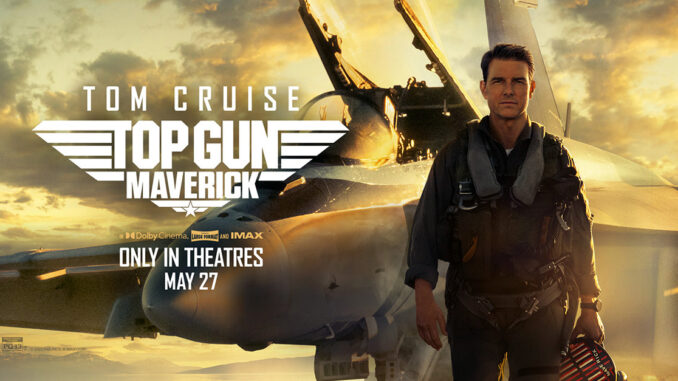 The original Top Gun debuted in 1986 when the cold war was hotter (or colder) than it had been in years. It had a “pro-Cold War” message. Will the sequel contain a hidden political agenda? As Top Gun: Maverick’s release coincides with a Russian invasion of Ukraine, relationships between the U.S. and Russia are about as cold as when the original Top Gun debuted. A “Cold War” style confrontation would hardly be dated. Rumor is that Iran will be the enemy in this movie. Will there be a showdown with Islamic fundamentalists? Will there be any reference or echo of the War on Terror?

Speaking of politics, it will be interesting to see if Top Gun: Maverick addresses the repeal of Don’t Ask, Don’t Tell. The live-action version of Beauty and The Beast and Star Trek Beyond broke down barriers and included LGBTQIA+ characters(for a few seconds anyway); will the Top Gun sequel? It makes perfect sense there would be an LGBTQIA+ soldier at Top Gun. It would not be surprising for Tom Cruise’s Maverick to label a group of homophobes as “agents of intolerance.” This would be in homage to the late Senator John McCain, who was also known as a “maverick.” Senator McCain referred to Christian Right activists Pat Robertson and Jerry Falwell as “agents of intolerance.”

Currently, most media does include LGBTQIA+ representation, to a certain extent. The original Top Gun debuted at a time when political correctness was dominating the majority of mainstream media. In the 1980s’, like now, most movies and shows would include an interracial relationship. Silver Spoons, Facts of Life, Soap, and Different Strokes all featured some sort of diversity among the cast.

In Top Gun, there was only one character who was black; Sundown. The only real interracial relationship was when Maverick was assigned to work with Sundown after the death of his friend Goose. They do not see eye to eye and do not work well together. Maverick takes his frustration of losing Goose out on Sundown. The point is Top Gun took a more “Maverick” approach to political correctness than many other media outlets at that time.

However, the difference was, in the 1980’s the unwritten rule that there had to be minimal diversity was more transparent in shows like The Facts of Life. In movies like Beauty and Beast or Star Trek Beyond, the LGBTQIA+ “moment” is restricted to all but a few seconds worth of screen time. Of course, it would be easier for the Top Gun sequel to include LGBTQIA+ representation than Beauty and the Beast. Will Top Gun: Maverick include LGBTQIA+ characters? Will they receive more than just a few seconds of screentime? Top Gun: Maverick is in a position to take LGBTQIA+ representation to another step, if it chooses to.

There is another question looming over us about the Top Gun sequel-who will survive it? There was once a semi-trend where shows would fool the audience into thinking our heroes made the ultimate sacrifice, only to reveal at the last minute our heroes were alive and well, and faked their deaths in order to live happily ever after. A number of venues pulled this stunt, from Broadway’s Wicked to The Dark Knight Rises.


Like real death, faking your death is something you can only do once. Like any cultural trend, faking death got old after a while. Now there is a new trend in movie sequels, real deaths. In Independence Day 2, President Whitmore went on a suicide mission. In Avengers: End Game, a handful of characters made the ultimate sacrifice.

In the new Star Wars trilogy, almost none of the entire original cast survive. There is no clue if there is impending doom for Maverick or any original members of the Top Gun cast. The only indication is that Maverick is training a group of new pilots, which means he is passing the torch along.


Is it just me or have some characters earned the right to live forever? And be immune to the mortality that some filmmakers are appointing them? The point of these movie deaths is to remind us that the movie characters we love are equally as mortal as the real-life people we love. But believe it or not, unrealistic things happen in movies. Like Maverick himself, Top Gun did not play by the traditional rules of media in 1986. Will the Top Gun sequel take a Maverick-style approach to traditional media trends?