“Tricia Hill tears up when she talks about the emotional toll the water shut-off in southern Oregon has had on her family. Amid historic, climate change-driven drought, the federal government in May shut down the water supply from the Upper Klamath Basin on the California-Oregon border to protect native fish species on the verge of extinction. As a result, Hill and other farmers like her in the region have been cut off from water they have used for decades. . . As the Klamath Basin dried up, an environmental crisis exploded into a water war this year that has pitted local farmers against Native American tribes, government agencies and conservationists, with one group threatening to take the water back by force.”

“The situation in the Klamath Basin was set in motion more than a century ago, when the U.S. government began drawing water from a network of shallow lakes and marshlands and funneling it into the dry desert uplands. Homesteads were offered by lottery to World War II veterans who grew hay, grain and potatoes and pastured cattle. The project turned the region into an agricultural powerhouse — some of its potato farmers supply In ‘N Out burger — but permanently altered an intricate water system that spans hundreds of miles from southern Oregon to Northern California.” 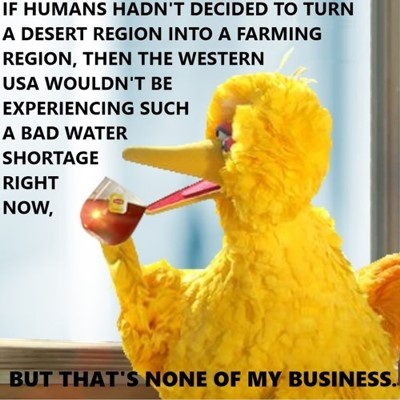 The drought currently plaguing the western USA isn’t the worst drought to plague that region.

Here is more about the climate history of southwestern USA: 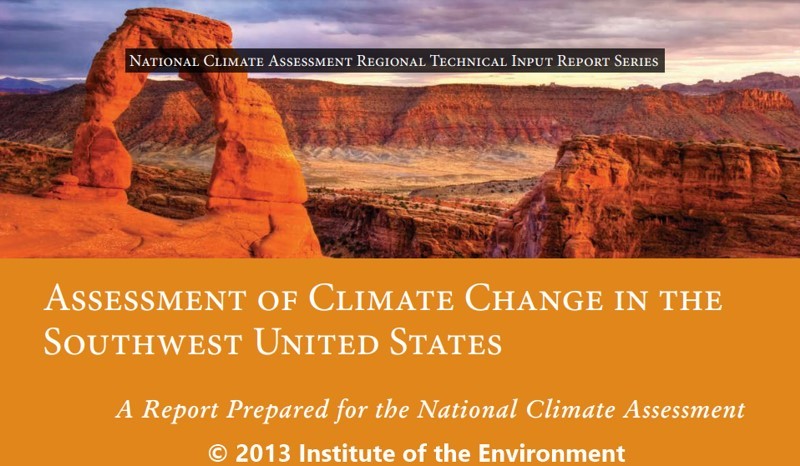 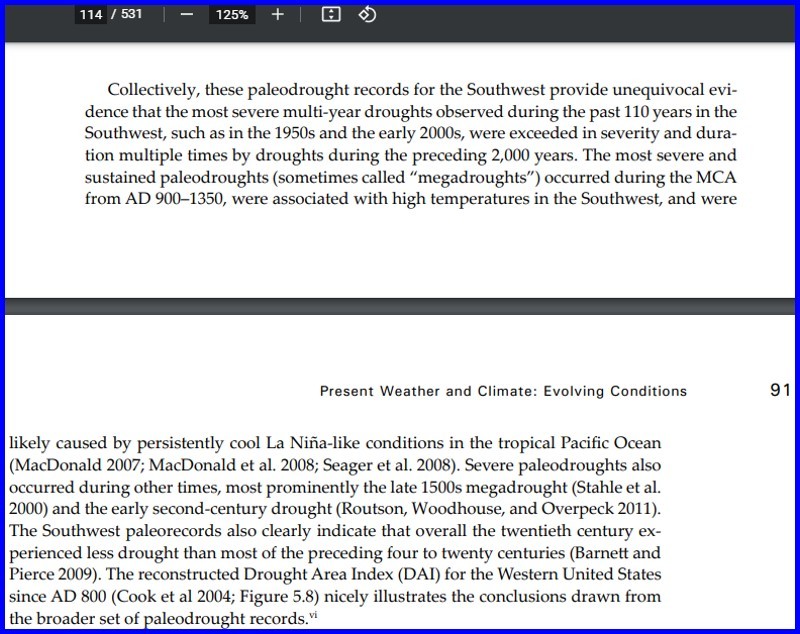 “Paleoclimatic proxies indicate that SWNA experienced many severe swings in hydroclimate before the observed period. In particular, tree-ring records reveal several megadrought events during the Medieval era and subsequent centuries (~850–1600 CE) that dwarfed all droughts in the following 400 years in intensity and duration. These megadroughts were likely associated with cool eastern tropical Pacific sea surface temperatures, which promote an atmospheric wave train that blocks Pacific storms from reaching SWNA. Any attribution of recent drought to anthropogenic climate change must consider this region’s capacity for large internal hydroclimatic variability. . . The tree-ring record serves as an ominous reminder that natural climate variability can drive SWNA megadroughts that are as severe and longer than the 21st-century drought thus far.

According to one author of the above-quoted study, the current drought in the western USA “has been made much worse than it would have been because of man-made action triggering Earth changes.”

With the USA’s western region drying up, surely people will stop moving there. 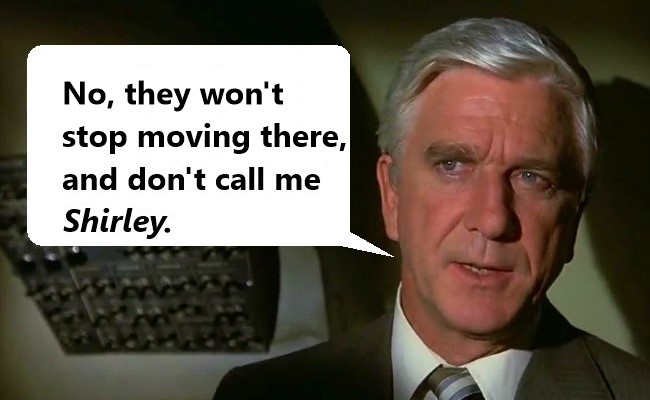 “Water is increasingly scarce in the Western U.S. — where 72 percent of the region is in “severe” drought, 26 percent is in exceptional drought, and populations are booming.”