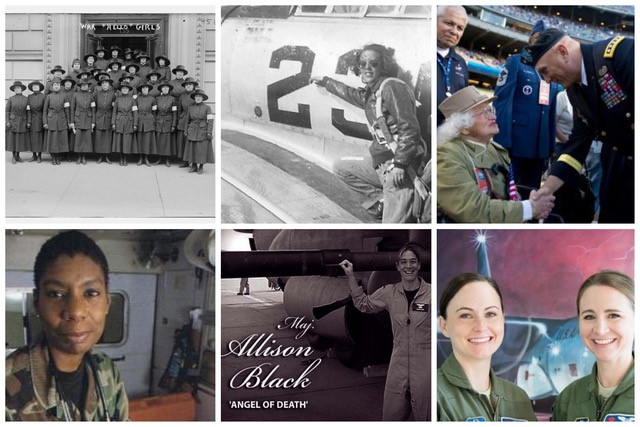 On November 11, America will once again honor all veterans who have served in our Armed Forces.

Along with Memorial Day, Veterans Day also honors and mourns those who have died serving our country.

Fresh in our memory are the thirteen brave service members killed during the last days of the Afghanistan War when a suicide bomb ripped through the crowds at the gates of Hamid Karzai International Airport.

Two young female soldiers, Marine Sergeants Johanny Rosario Pichardo (left) and Nicole L. Gee (right), below, lost their lives in the dastardly attack, a reminder of the dangerous role women perform in the military and the sacrifices they make. 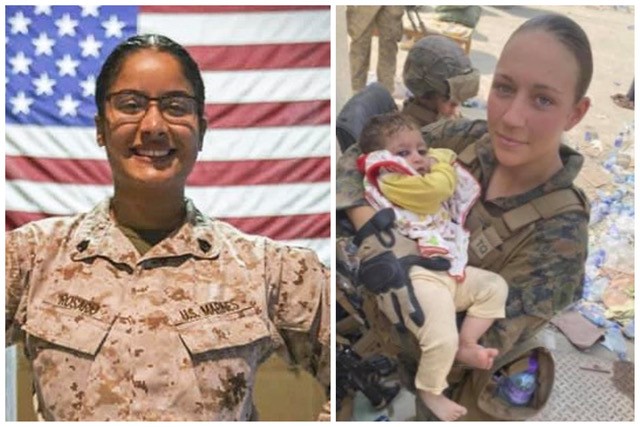 Their deaths underscore the increasing risk women in the military have faced in the last two decades since they started to be integrated into all of our military branches and positions — including combat roles in a never-ending Global War on Terror.

Not counting these latest casualties, some 173 female service members have been killed in Iraq, Afghanistan, and Syria, from 2001 through July 2020.

Just as the roles, opportunities – and risks — are increasing for women in the military, so is the number of active-duty female military and veterans.

According to the Defense Department, there are approximately 230,000 women on active duty in the military – not including the reserves and the National Guard — a number that has been rising steadily.

Women have served our country’s military missions throughout its history. But, to do so, they have had to overcome numerous legal, “tradition,” and societal barriers. They have acted against the wishes of and despite pushback, ridicule and worse from a male-dominated society.

They have not only succeeded, they have ”flourished” in such roles, dating back to the Revolution, “serving as soldiers, raising morale, and spying on the enemy.”

More than 400 women fought in the Union and Confederate armies during the Civil War. During World War I, about 35,000 women officially served as nurses and support staff, such as the Hello Girls…formally known as the Signal Corps Female Telephone Operators Unit. In World War II, 140,000 women served in the Women’s Army Corps (WACs) performing critical jobs, such as military intelligence, cryptography, and parachute rigging. In August 1943…the Women Airforce Service Pilots (WASPs)…flew more than 60,000 miles in two years. During this time, the 6888th Battalion was formed as the first and only all Black Female Women Army Corps (WAC) unit to be deployed overseas during WWII.

And so it went in Korea, Vietnam, Iraq and Afghanistan…

November 11 is not the only day when we recognize and thank our female veterans.

Since 2019, the nation has celebrated the accomplishments of women veterans on June 12 — the anniversary of the signing of the Women’s Armed Services Integration Act of 1948 that allowed women to serve as permanent members of the military — by designating that day as “Women Veterans Appreciation Day.”

“From disguising themselves as male soldiers during the American Revolution and the Civil War to serving as combat helicopter pilots in Afghanistan, women have served our country with valor and honor since our nation’s inception,” he said.

Of course, November 11 will always be the day to thank and honor all our veterans regardless of gender, race, ethnicity, religion, or sexual orientation. A special mention of the fair sex on this special day, however, seems only fair and well-deserved.

(With thanks to our grandson for arranging the photographs)

• Full Participation for Our Women at Arms

• If the Draft Is Reinstated, Should Women Be Required to Register?

• Women Serving on Our Submarines, and All is Well

• Women in Combat: One More Time

• Our Homeless Female Veterans: All Too Often, a ‘Double Betrayal of Trust’

• Women in Combat: The ‘Angel of Death’

• Women in Combat: ‘He Can Kiss My Combat Action Badge’

• Women on the Front Lines – Revisited