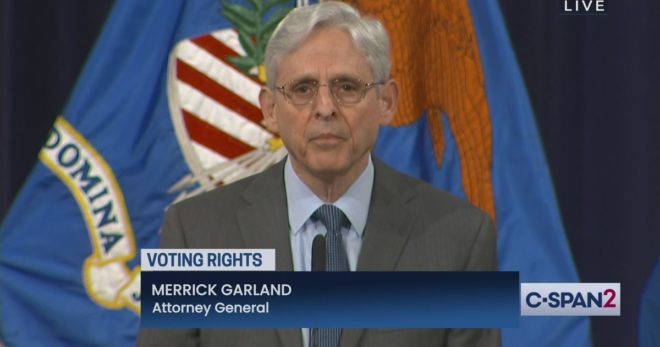 Garland’s announcement is clearly a pivotal moment for those concerned about the roadblocks now being put in place to suppress voters, threats against election officials, and the The Big Lie now being insitutionalized within the GOP and in many GOP controlled states. The announcement sounds good. Will implementation be as impressive?

Here’s the video of his annoucement: