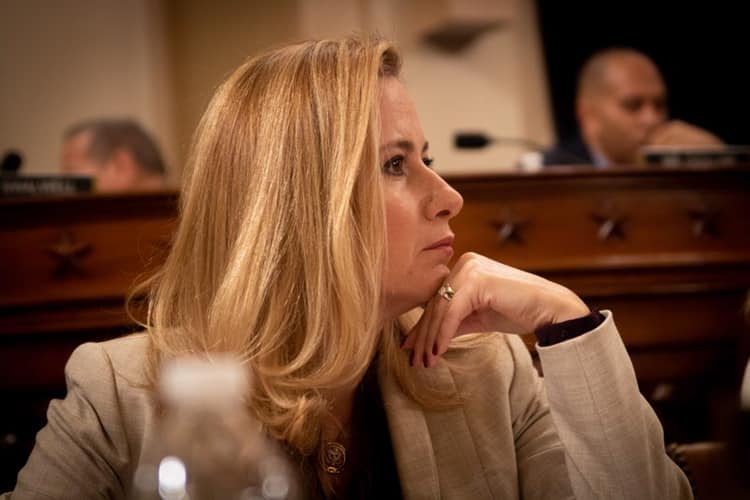 On Thursday the House Judiciary Committee reconvened to approve or reject two Articles of Impeachment against the 45th president of the United States, charging Donald John Trump, the – according to Republicans — “noble anti-corruption fighter” with abuse of power and obstruction of Congress.

The debate went far into the night, with Republicans introducing amendments galore and parliamentary tricks, delays and interruptions aplenty, including bold and outrageous attempts to strike entire articles of impeachment.

All in hopes that the final, inevitable vote to approve the articles would come in the middle of the night, while America was sleeping and in order to be able to make sordid insinuations about the late-night vote.

Democrats saw through the trickery and shenanigans, however, and after more than 14 hours of “debate,” the chairman of the Judiciary Committee, Rep. Jerry Nadler, to the surprise and chagrin of Republicans, adjourned the hearing, scheduling the historic vote for Friday morning.

Answering some of the criticism, Rep. Debbie Mucarsel-Powell, D-Fla, said “…I think that it’s too important to do it in the middle of the night…I think the American people need to see what the committee does with the articles of impeachment.”

Promptly on Friday morning, while America and the world were wide-awake and watching, the House Judiciary Committee approved House Resolution 755, a measure “impeaching Donald John Trump for high crimes and misdemeanors.” The vote marks only the third time in our nation’s 243-year history that Congress will consider impeachment charges against a sitting president – not something good to have on one’s resume. Trump joins Andrew Johnson, Richard Nixon and Bill Clinton as the only presidents who faced specific charges over alleged misconduct.

The vote to send both articles of impeachment to the full House was 23 “yes” to 17 “no,” strictly along Party lines.

One of the Democrats voting yes, is the same Representative who defended the committee’s decision to hold the historic vote in daylight: Rep. Debbie Mucarsel-Powell.

Mucarsel-Powell has been very eloquent and effective during the entire impeachment debate.

During some of her remarks she noted that many of her constituents had fled dictatorships in Cuba and Venezuela to come to America, a “beacon of freedom — a place where anyone can get a fair shot,” but also a country where “even the most powerful are held to account.”

But why am I focusing on Representative Mucarsel-Powell? Every one of the other 22 Democrats on the Judiciary Committee delivered just as powerful a commentary.

Perhaps it is because Debbie was born in my native Ecuador, barely 80 miles from my place of birth.

Perhaps it is because, both she and I had to work hard when we first arrived. Debbie at a doughnut shop in Florida and I as general help at a poultry medicine company in Kansas City.

Perhaps it is because — thanks to the generosity and opportunities offered by our adopted country – we both went on to receive good educations and to serve our country: Debbie Mucarsel-Powell in Congress and I in the U.S. military.

But clearly the most important reasons are:

I share with Mucarsel- Powell the same ideal, that the United States must remain a “beacon of freedom — a place where anyone can get a fair shot,” but also a country where “even the most powerful are held to account.”

I wholeheartedly agree with Representative Mucarsel-Powell when she “struck the last word” as follows:

It is undeniable that this President has violated his oath of office, abused his power, and obstructed Congress. This is a clear and present danger to the future of our democracy, a system of government that was a beacon of freedom for my family and for many that have come here. Tonight, I ask all Americans to put their personal affections and their political affiliations aside and consider the long-term health of our democracy.

We will see in days to come, whether Americans, especially the politicians, share those views.