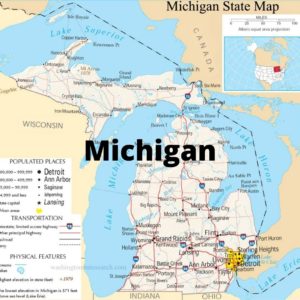 Michigan is right behind Pennsylvania with 16 Electoral College votes. Trump squeaked out an amazingly narrow victory, winning by only 0.3%. That is less than 11,000 votes of 4.5 million cast.

For Trump to have made up that mammoth gap since 2012, several things must have happened:
• As in other States, Trump motivated his base, dominated by largely white lower- to middle-class voters whose voting presence has declined steadily for decades, to come out to the polls and vote Republican;
• As seen in trends across the US in 2016, too many Democrats stayed home; and
• A number of Michiganders who voted Democrat in 2012 switched to Trump in 2016.

As in Florida and Pennsylvania, and we’ll see in Ohio to a much larger degree, this slim margin was likely about Trump getting his base out in force, while the odd 7% decrease in African American voter turnout in 2012 and the complacency among Democrats caused by Hillary’s huge poll numbers, generated this result.

Considering the tiny margin of victory, 11,000 votes, and the number of Democrats who likely did not turn out to vote in Michigan, this is a huge opportunity for Biden/Harris. They must motivate these voters and rally the Democrats back to the polls.

Trump has to figure out how to repeat his strategy in 2016, though he may not need Michigan to win.

This is a State that Biden/Harris have to swing back their way if they have any hopes of winning.

Author of five novels available on Amazon, numerous articles and other commentary.