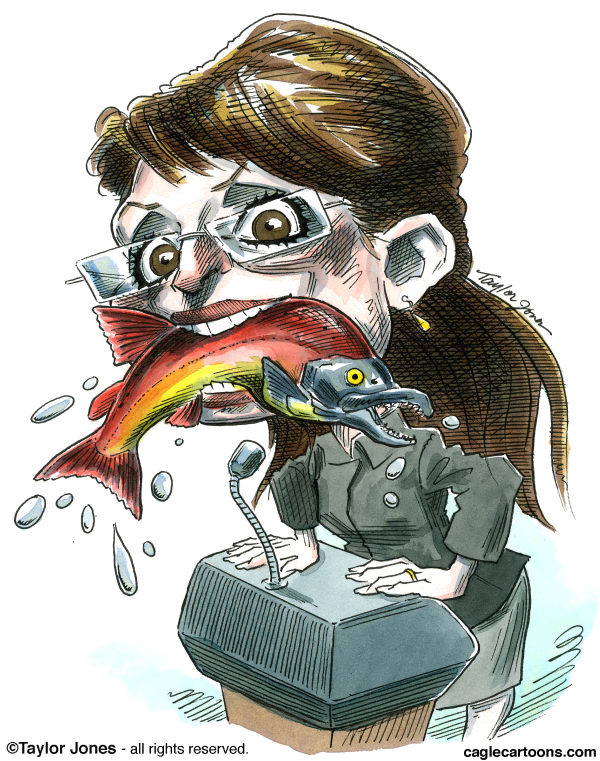 Rick Perlstein’s excellent book Nixonland exploits a college fraternity motif to explain the entirety of Richard Nixon’s political appeal.. At Whittier College, Nixon’s alma mater, there was the social “in” crowd that formed an elite social club called the Franklins. Only the wealthiest students could deign to join the Franklins. Young Nixon, ever the outcast in this circle joined with his fellow shunned lumpenproletariat and formed a rival group called the Orthogonians. The word implied that the group rejected the elitist assumptions of the Franklins and refused to cede social authority to the well-to-do.

The word also implied that having a chip on one’s shoulder – feeling beleaguered by high society – could actually be turned into a social asset. And that, Perlstein argues persuasively, is what made Richard Nixon such a powerful political force.

In a word, Richard Nixon mastered the art of self-pity and resentment. From his famous Checkers speech, through his “You won’t have Nixon to kick around anymore,” to his cultivation of the “Silent Majority”, to his paranoia about liberal (and often Jewish) media elites, to his selection of arch-culture warriors Spiro Agnew and Pat Buchanan as his right-hand men, Richard Nixon mastered the politics of resentment. He exploited the sneers and mockery of educated elites and made himself – and his followers – martyrs of normalcy. He was the true defender of Joe Six-Pack, who only understand the world in simple terms and distrusted all the intellectuals. Like Joe McCarthy, Nixon mastered the art of cultural paranoia and expertly pitted the mass voting bloc of middle and working class white America against various and assorted “freaks.”

Since Nixon’s passing from the stage other Republicans have exploited Orthogonianism to varying degrees. Reagan’s 1966 rise to the Governor’s chair was driven by anti-hippie sentiment and culture war among the Central Valley (and, of course, Orange County) against the Berkeley/San Francisco/West LA elites. Both Bushes masterfully played the every man card by presenting their Democratic opponents as “liberal elites” who didn’t understand patriotism, Christianity or tradition. That the Bushes were the consummate Franklins themselves didn’t seem to matter; Lee Atwater and Karl Rove made sure of that.

But no politician has better embodied the Orthogonian spirit better than Sarah Palin. Like Nixon, Palin was driven by a sense that the elites were out to get her. Those elites could be the mainstream Alaska Republican Party. They could be Ivy League graduates. They could be national media figures who mock her use of platitudes. They could be secularist elements that see the world in more complicated moral and theological terms than the Assembly of God. Sarah Palin played on the paranoid dimension of Orthogonianism – Obama palling around with terrorists, etc. – better than any Republican in years.

That explains her appeal to the “GOP base.” It wasn’t her religion or pro-life views per se. It was her willingness to “fight back” against the Franklins – the “know-it-all” liberal elites who, like their 1960s forbears, sneer at the unironically religious and patriotic and rural and non-college educated. She was a battler, never as articulate as a Romney or, God forbid, an Obama, but with far more grit than any other “career politician.”

Her press conference showed more of that signature Orthogonian whine – the liberal media is out to get her; somebody made a nasty cartoon about Trig; her family dysfunction only makes her normal and the pundits won’t leave her alone for not following the DC script; her enemies inside the Alaska GOP have conspired to keep her everyday mom agenda from passage. Her speech had the feel of Nixon’s “won’t have Nixon to kick around anymore” concession after his failed 1962 gubernatorial bid.

But will it work? Can Palin use the narcissistic self-pity and politics of cultural resentment to her advantage the way Nixon did after 1962? Not likely, and for a simple reason: she’s been outed. Yes, there is a large segment of the GOP base that identifies with her resentment schtick. But there is a MUCH larger element in America that sees her as a sick joke, not as “one of us.” At the end of the day, Richard Nixon was a brilliant and knowledgeable man – even if ruthlessly cynical. Nixon could exploit anti-intellectualism to get white working class votes. But he could still get traditional Republican votes from those who knew he was a bright man who only played the anti-intellectual card to get elected; George H. W. Bush was a very similar sort of figure. Palin, on the other hand, really is both anti-intellectual AND non-intellectual. She really is uninformed and incurious. Her “hockey mom” gig is no act. For some Americans that only makes her more appealing. But for most Americans, it’s terrifying to think of what this woman would have done had she become President.

If she moves out for good – a very real possibility – the GOP will search hard for another Orthogonian. Huckabee tries but seems too self-deprecating. Orthogonians don’t laugh at themselves – at least not to the degree of Huckabee. They laugh at effete intellectuals who think they know better than common wisdom. Remember the guffaws at the RNC against community organizers? Romney comes across too much as a Franklin himself; real Orthogonians see him as a phony in ways they never saw the Bushes as phonies. Pawlenty? Yawn. The others are either too tainted (Gingrich), too nerdy and/or exotic (Jindal), or too unpolished for the big time. But make no mistake: the GOP will find its next Palin.

The cartoon by Taylor Jones, Politicalcartoons.com, is copyrighted and licensed to appear on TMV. All Rights Reserved. Unauthorized reproduction prohibited.