Not since the film Raiders of the Lost Ark had its debut in 1981 have there been meltdowns as dramatic as the ones coming from right-wing pundits.

Mollie Hemingway: “The media clearly are doing everything in their power to help their candidate who is Joe Biden be able to claim that he won this election, and they are doing that in part on how they make calls on different states.”

Christopher Bedford: “Saturday’s Media Declaration Is A Naked Attempt To Silence Republicans, And Nothing Has Changed”

Bruce Bawer: “If All the Fraud Is Uncovered, Trump Will Win”

Beneath his commentary’s title, Bawer writes, “How do we know? The people who tried to pull off this election heist are drawn from the same swamp as the conspirators in the Russia hoax.”

It is funny that Bawer should mention a swamp, because . . . 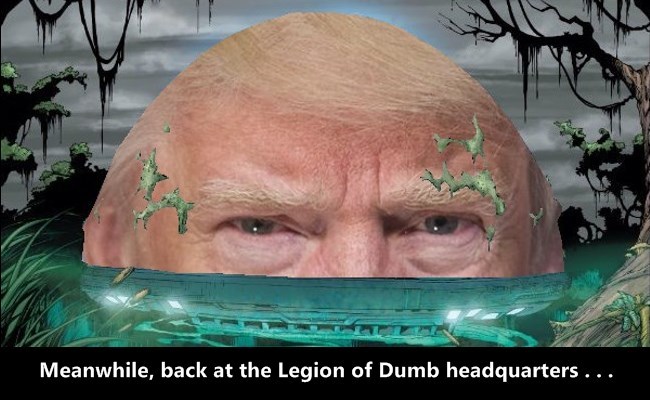 Washington Examiner: “Trump attorney Sidney Powell says they are ‘fixing to overturn the results of the election in several states'” 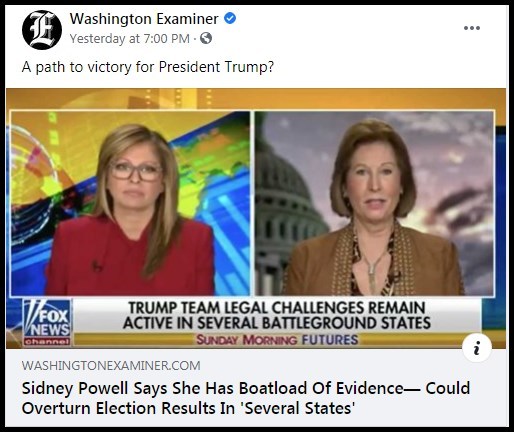 Apparently, not all attorneys want to be in the Legion of Dumb.