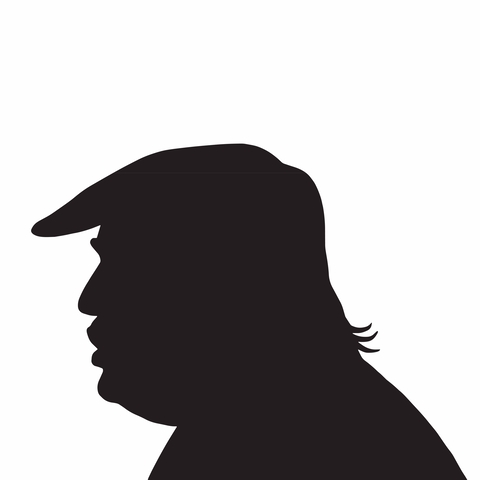 The New York Times, in what some are saying is a “bombshell,” reports that the Trump Department of Justice seized records from Apple for metadata of House Intelligence Committee members, their aides and family members. This comes on the heels of reports that the Trump Justice Department spied on at least five reporters who worked for news outlets that Trump detested.

In a way, it is indeed a bombshell. But, in reality, each new tidbit about the Trump administration underscores the fact that many who predicted worst case scenarios about Trump and his administration weren’t paranoid. And it’s likely this won’t be the last bombshell report.

As the Justice Department investigated who was behind leaks of classified information early in the Trump administration, it took a highly unusual step: Prosecutors subpoenaed Apple for data from the accounts of at least two Democrats on the House Intelligence Committee, aides and family members. One was a minor.

All told, the records of at least a dozen people tied to the committee were seized in 2017 and early 2018, including those of Representative Adam B. Schiff of California, then the panel’s top Democrat and now its chairman, according to committee officials and two other people briefed on the inquiry.

Prosecutors, under the beleaguered attorney general, Jeff Sessions, were hunting for the sources behind news media reports about contacts between Trump associates and Russia. Ultimately, the data and other evidence did not tie the committee to the leaks, and investigators debated whether they had hit a dead end and some even discussed closing the inquiry.

But William P. Barr revived languishing leak investigations after he became attorney general a year later. He moved a trusted prosecutor from New Jersey with little relevant experience to the main Justice Department to work on the Schiff-related case and about a half-dozen others, according to three people with knowledge of his work who did not want to be identified discussing federal investigations.

The zeal in the Trump administration’s efforts to hunt leakers led to the extraordinary step of subpoenaing communications metadata from members of Congress — a nearly unheard-of move outside of corruption investigations. While Justice Department leak investigations are routine, current and former congressional officials familiar with the inquiry said they could not recall an instance in which the records of lawmakers had been seized as part of one.

Moreover, just as it did in investigating news organizations, the Justice Department secured a gag order on Apple that expired this year, according to a person familiar with the inquiry, so lawmakers did not know they were being investigated until Apple informed them last month.

Prosecutors also eventually secured subpoenas for reporters’ records to try to identify their confidential sources, a move that department policy allows only after all other avenues of inquiry are exhausted.

Speaker Pelosi: "The news about the politicization of the Trump Administration Justice Department is harrowing. These actions appear to be yet another egregious assault on our democracy."

As part of Trump era leak probes, DOJ got data from Apple belonging to Adam Schiff and other Democrats on House Intel.
The Justice Department this May refused to tell Schiff whether any Republicans were investigated
w.@npfandos @nytmike @adamgoldmanNYThttps://t.co/6jWHq34kUB

Anyone who cares about democracy and the rule of law, should be terrified by this. https://t.co/hSmyCq02Hc

PREDICTION: Every single member of the GOP who screamed about how the trump campaign was spied on illegally will be SILENT about trump and Barr spying on Rep. Adam Schiff and his family.

This is one of the most significant pieces of journalism this year.

Trump’s DOJ spied on members of Congress (notably, those on HPSCI), their aides, and at least one of their children.

Trump’s deep state right wingers at @TheJusticeDept including Barr & his associates spied on @RepAdamSchiff & other Dems.

The Q is: When will @JoeBiden’s appointees including AG Garland remove Trump hires from supervisory positions & re-do clearances? https://t.co/nFAg0knYWZ

Records released today show that while Trump was lying about being spied on by the Obama administration, he was in actuality doing the exact thing he accused others of doing – spying on the press and House Intelligence Committee members including Adam Schiff. Lock that SOB up.

I’m betting nobody
Goes to jail

Jail is for a black guy with a taillight out.

Breaking: Rep. Eric Swalwell confirms that he was the second Democratic member of the House Intelligence Committee who had his data seized by the Trump Justice Department.https://t.co/X0Sjvi1n4c

Schiff: "Trump repeatedly & flagrantly demanded that the Dept. of Justice carry out his political will, and tried to use the Department as a cudgel against his political opponents and members of the media. It is increasingly apparent that those demands did not fall on deaf ears."

GO HERE for more coverage and comments on this story.