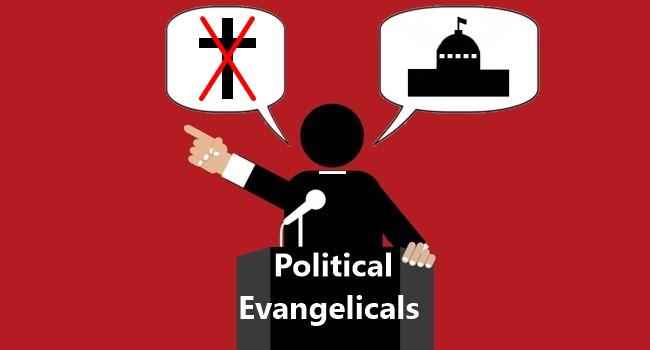 By way of election, now-impeached POTUS Donald Trump is the hired mercenary of America’s political evangelicals.

That is why the latter don’t care what bad things Trump said or did prior to him being elected POTUS.

That is why they don’t care what bad things that Trump has said or done since being elected POTUS.

When you are a hired mercenary, you don’t have to have the same alleged beliefs and values of those who hired you. All you have to do is do the work that your employers expect of you.

Trump has done that, which is why political evangelicals have figuratively brought knives out in defense of him. 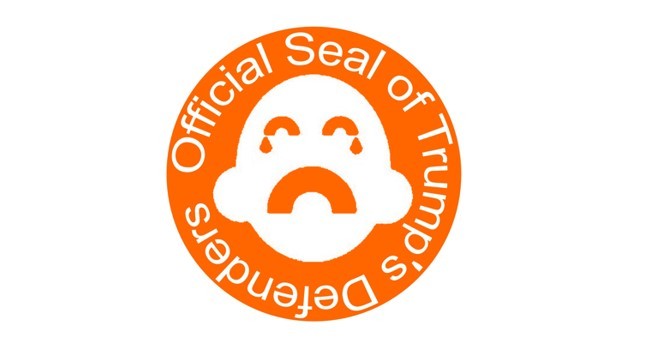 As it turns out, plenty of American believers in Messiah Jesus disapprove of the way that Trump has behaved.

One such believer is Mark Galli. In the role of editor-in-chief of Christianity Today magazine, he published an editorial titled “Trump Should Be Removed from Office”.

Here is an excerpt:

To the many evangelicals who continue to support Mr. Trump in spite of his blackened moral record, we might say this: Remember who you are and whom you serve. Consider how your justification of Mr. Trump influences your witness to your Lord and Savior. Consider what an unbelieving world will say if you continue to brush off Mr. Trump’s immoral words and behavior in the cause of political expediency. If we don’t reverse course now, will anyone take anything we say about justice and righteousness with any seriousness for decades to come.

That editorial set off the wrath of political evangelicals, as revealed in a counter-editorial published by The Christian Post.

That counter-editorial accuses Mark Galli and Christianity Today of elitism. It goes on to say, “CT’s op-ed does not represent evangelical Christianity today, yesterday or in the future.”

Well, The Christian Post’s counter-editorial “does not represent evangelical Christianity today, yesterday or in the future”, either, which is why one of the magazine’s editors resigned in protest.

“They’ve [Christian Post] chosen to represent a narrow (and shrinking) slice of Christianity. That might be a good business decision, short term at least. But it’s bad for Democracy, and bad for the Gospel. It means there will be one more place where readers can go for bias confirmation, but one less place where readers can go to exercise their brains on diversity of thought.”

As to how others have responded to the Christianity Today editorial, CNBC reports . . .

Mark Galli, the editor in chief of Christianity Today who authored the op-ed, acknowledged to MSNBC on Sunday that the magazine has lost subscribers, but he said there has also been an outpouring of support.

“A stereotypical response is ‘thank you, thank you, thank you’ with a string of a hundred exclamation points — ‘you’ve said what I’ve been thinking but haven’t been able to articulate, I’m not crazy,’” Galli said of the response from supporters. “We have lost subscribers but we’ve had 3 times as many people start to subscribe.“

Duke Kwon is lead pastor of Grace Meridian Hill Church in Washington, D.C. In a tweet, he gives his response to the Christianity Today editorial:

Christianity Today is not, as the president would have it, a “far left” magazine. It is a thoroughly centrist publication “in which evangelicals center left and center right have a home,” [Mark] Galli told me by email. The magazine does not avoid politics completely, but it focuses largely on social, cultural, and spiritual matters, preferring to serve as a reminder “that politics is not the end and purpose of our being,” as he put it in the editorial this week. . .

The magazine has long reflected the sensibilities of what sociologist Michael Lindsay has called “cosmopolitan evangelicals,” who are educated, white-collar, and culturally sophisticated. It is headquartered in the Chicago suburbs near Wheaton College, a prominent evangelical school that hosted a meeting last year for leaders alarmed by evangelical alignment with Trump. The New York Times once called this suburban enclave of like-minded Christian institutions the “Vatican of evangelicals.”

Plenty of “beleaguered Christians” are alarmed by distortions to real evangelicalism caused by political evangelicals. However, the former have been intimidated by the latter. The former don’t have much of a voice in the mainstream media, which why they cheer that Christianity Today editorial.

From Timothy Dalrymple, president and CEO of Christianity Today:

“Reader responses to Mark Galli’s recent editorial have spanned the spectrum. We have received countless notes of encouragement from readers who were profoundly moved. They no longer feel alone. They have hope again. Many have told us of reading the editorial with tears in their eyes, sharing it with children who have wandered from the faith, rejoicing that at last someone was articulating what they felt in their hearts. They felt this was a watershed moment in the history of the American church—or they hoped it would prove to be. Stay strong, they told us, knowing we were about to reap the whirlwind.”

Here is more from Dalrymple:

Out of love for Jesus and his church, not for political partisanship or intellectual elitism, this is why we feel compelled to say that the alliance of American evangelicalism with this presidency has wrought enormous damage to Christian witness. It has alienated many of our children and grandchildren. It has harmed African American, Hispanic American, and Asian American brothers and sisters. And it has undercut the efforts of countless missionaries who labor in the far fields of the Lord. While the Trump administration may be well regarded in some countries, in many more the perception of wholesale evangelical support for the administration has made toxic the reputation of the Bride of Christ.

We nevertheless believe the evangelical alliance with this presidency has done damage to our witness here and abroad. The cost has been too high. American evangelicalism is not a Republican PAC. We are a diverse movement that should collaborate with political parties when prudent but always standing apart, at a prophetic distance, to be what Martin Luther King, Jr. called “the conscience of the state.” That is what we believe. This is where we plant our flag. We know we are not alone.

Washington Post columnist Nancy French states, “He [Mark Galli] is defending Christianity after years of its adherents’ moral compromises in the realm of politics.”

Here is more from French:

A Christianity dependent on Trump is a weak faith, indeed.

Christianity has endured and flourished for two millennia, often against unimaginable persecution. When a faith is sustained by God, it has no need to compromise its witness in service of an adulterous, mendacious reality TV star.

In Romans 11:4, the apostle Paul describes those who “have not bowed the knee to Baal” as God’s chosen remnant. In Christianity Today, Galli is asking Christians to join that remnant now to ensure that Christianity is no longer compromised for political expediency.

Finally, here is an excerpt from a commentary by SMU assistant professor Stephanie Martin:

“. . . Donald Trump is answerable to citizens, including and maybe even especially to those evangelicals who have supported him for so long. When they refuse to hold him to account, they countenance his very worse impulses.

When they rely on a misreading of scripture that says he is owed respect, they refuse the essential role of the democracy, which is to engage in a government of the people, by the people, and for the people.

This is a dangerous moment in American history. Evangelicals in the United States must choose whether to side with a president who refuses accountability or to hold the president accountable to his acts that are causing real harm.

There is no middle ground.”