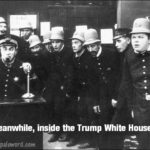 When it comes to "intelligence," the Oval Office and the eponymous community stand at antipodes:  Washington Post: President's intelligence briefing book repeatedly cited virus threat  —  U.S. intelligence agencies issued warnings about the novel coronavirus in more than a dozen classified briefings prepared for President Trump in January and February, months during which … END_OF_DOCUMENT_TOKEN_TO_BE_REPLACED 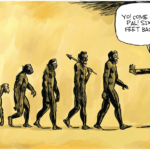 SOMEWHERE ON THE APPALACHIAN TRAIL – We’d been climbing steadily uphill for 25 minutes, a deceptively arduous mille. The sweat was pooling in the small of my back. And my breath came deep and even against the climb, as I planted one foot ahead of the other on the rocky trail. My daughter was behind me, and I could hear her footfalls in the wooded silence. And so I started … END_OF_DOCUMENT_TOKEN_TO_BE_REPLACED 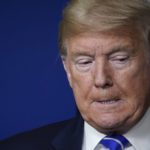 We could be all wrong about Donald Trump.Maybe America isn’t in the grips of a madman. There could be a more benign reason for his bizarre and erratic behavior.Perhaps it’s something as simple as this: The president just wants to be loved.Trump uses the “L” word repeatedly during his coronavirus briefings. Sometimes it comes out of nowhere, at a moment we least expect it. Then … END_OF_DOCUMENT_TOKEN_TO_BE_REPLACED 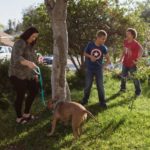 Los Angeles (AFP) - Animals shelters across the United States are emptying out thanks to the coronavirus pandemic, as people confined to their homes are adopting or fostering animals in droves."We've never seen anything like this," said Kitty Block, president and CEO of the Humane Society of the United States, which partners with some 400 shelters nationwide."The fostering and … END_OF_DOCUMENT_TOKEN_TO_BE_REPLACED Quackery about 5G and the human body continues. From Politico, 26 April 2020: "A spate of arson attacks targeting 5G mobile masts has spread to several EU countries over the past few weeks, industry officials warn. The Netherlands is the hardest-hit country in the EU with 16 arson attacks, figures compiled Thursday by industry associations ETNO and GSMA showed. . . Behind … END_OF_DOCUMENT_TOKEN_TO_BE_REPLACED 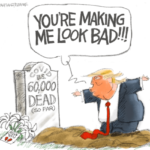 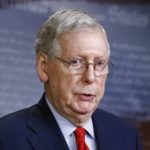 Sen. Mitch McConnell has a knack for turning a bad situation into an infuriating one.He did it after the children were murdered at Sandy Hook when he buried sensible legislationon gun safety. He did it after the Russians screwed up the 2016 election when he blocked efforts to fortify our defensesin time for 2020.And he’s doing it now, with the virus. This time, he says hard-hit … END_OF_DOCUMENT_TOKEN_TO_BE_REPLACED If you’re a Trump cultist using the current line of bullshit, er…talking point from Donald Trump that he was being “sarcastic” while suggesting people with Covid-19 should “ingest” household cleaning products and somehow getting UV lights inside their bodies, I have a little free advice for you. Stop. Hey, don’t take it from me. Take it from Donald Trump’s history. Take … END_OF_DOCUMENT_TOKEN_TO_BE_REPLACED 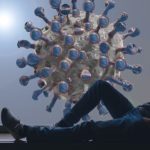 COVID-19 has tossed into the deep blue sea many of the concerns and values, not that long ago that we once held dear. For example, remember that catchy “work-life balance” concept that management consultants made small fortunes from rushing on to stages to teach everyone how to attain? Then remember when that wasn’t selling so much, so they changed it to “work-life … END_OF_DOCUMENT_TOKEN_TO_BE_REPLACED The very urgent need for a vaccine for Covid-19 has finally brought together a number of international entities in an unprecedented act of cooperation sponsored by the World Health Organization (WHO) to speed up research, development and distribution. The goal is to develop and deliver reliable vaccines quickly, hopefully by spring 2021, although vaccines can take up to 10 … END_OF_DOCUMENT_TOKEN_TO_BE_REPLACED 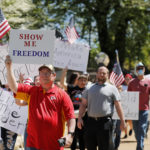 Protesters seeking relief from lockdown restrictions, like these in Missouri, are being marshaled and egged on by conservative political operatives. AP Photo/Jeff Roberson Marc Ambinder, University of Southern California, Annenberg School for Communication and Journalism Many Americans have been under strict stay-at-home orders, or at least … END_OF_DOCUMENT_TOKEN_TO_BE_REPLACED 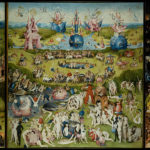 All the toxic monotheisms are ganging up on us: Passover, Easter and Ramadan are all on at about the same time like a perfect storm of nonsense. We've got the cross worshipers from Jerusalem, the book worshipers (also Jerusalem - what *is* it about that hot shabby city?) and the stone worshipers (Arabia) having their BIG DAYS at this time, a festival of evidence-free fairy … END_OF_DOCUMENT_TOKEN_TO_BE_REPLACED At least in theory, Israel has temporarily solved their governing crisis. Likud lead by Benjamin Netanyahu has signed an agreement with Benny Gantz of the Blue and White party to form a coalition government, avoiding a 4th election. There are some troubling clauses in the Coalition agreement. First, Netanyahu will serve as Prime Minister for the first 18 months. Bibi is … END_OF_DOCUMENT_TOKEN_TO_BE_REPLACED It was already clear, two years ago, that Georgia Gov. Brian Kemp had a screw loose. In a TV ad during his successful gubernatorial campaign, the right-wing businessman displayed his handguns and rifles – standard procedure in the South, where it’s de rigueur for a Republican to flaunt manly manliness – but he decided to go a step further. He brandished a double-barreled … END_OF_DOCUMENT_TOKEN_TO_BE_REPLACED To all those liberals who still haven’t gotten over that Bernie Sanders will not be the Democratic Party’s nominee and are on a scorched-Earth campaign promoting that Joe Biden is senile (I’m looking at you, Ted Rall): Joe Biden’s not the candidate telling people to ingest bleach and eat lightbulbs. During yesterday’s sh--show disguised as an informative press conference on … END_OF_DOCUMENT_TOKEN_TO_BE_REPLACED There’s giving with one hand and taking with the other.Then there’s the Trump administration, which goes one better — or worse.After telling governors early in the coronavirus crisis that they were on their own when it comes to securing protective equipment for first responders who are tending to coronavirus patients, the Trump administration not only has been consistent in its … END_OF_DOCUMENT_TOKEN_TO_BE_REPLACED Is injecting yourself with disinfectants possibly a cure or treatment for coronavirus? At Donald Trump's Thursday press conference briefing he raised the issue unprompted with this comment: “I see the disinfectant that knocks it out in a minute, one minute. And is there a way we can do something like that by injection inside, or almost a cleaning? Because you see it gets … END_OF_DOCUMENT_TOKEN_TO_BE_REPLACED 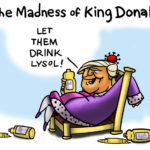 In deciding the fate of Captain Brett Crozier, the former commanding officer of the ill-fated Theodore Roosevelt, the Navy had several choices. Among them: • It could fully exonerate Crozier and reinstate him as commander of the Roosevelt or put him in command of another ship. • It could take administrative action against the Captain • It could uphold the firing of … END_OF_DOCUMENT_TOKEN_TO_BE_REPLACED