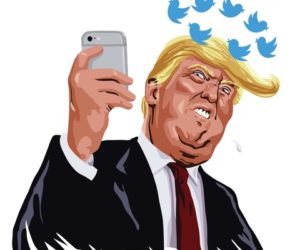 Ritual is a way to stifle the ravages of anxiety and fear – a way to firmly seat us in the present and detach us from an uncharted future. Some people dread what has come to be known as America’s Holiday Season, but the discomfort emanates, not from the moral lessons contained in these rituals, but because each person seated at the communal table has diverged far from the group, some more than others. Ritual is a way in which we can step out of our skin and float above time.

Thanksgiving is my favorite ritual meal. The myth surrounding this celebration is uniquely American. Its sacraments are pluralism and tolerance of others. It contains the catechism of American democracy. For 364 days, we routinely stray from its principles, but for one day, one delicious day, we try our best to absorb its lessons by simply getting along with one another, and, if possible, reveling in one another’s idiosyncrasies.

I had Thanksgiving one week early this year, and it was stupendous. It was dissonance clamoring for resolution. It was Stravinsky and Bach. It was a glorious display of the divergence from the mean. We were a reformed confederacy of dunces assembled for the sole purpose of embracing one of our own: our beloved rabble-rouser in chief; our own Ignatius J. Reilly, my older brother.

This year, Thanksgiving was a hodgepodge of viewpoints converging at a moment in time, only to be scattered once again as one celebrant went home and another arrived. For a week: we talked politics; we watched opera; we listened to The Goldberg Variations, the St Matthew Passion, and Frank Zappa. One threatened to sell the other to the King and Queen of Brobdingnag, while everyone else strained to remember the reference. And I recited random information I had just acquired from a book I’m reading about how the brain is structured and how conscience is an emergent property of the brain itself. Did you know that the brain requires 516 calories on a daily basis to function properly? Neither did anyone else, but good to know.

It seems like almost every writer in America is reminding us these days that our national holidays are nothing but emotional landmines designed to mangle the tender sensitivities of a coddled class of solipsists. They warn us that our supposed tragically splintered American culture is beyond repair, that we are unable to understand the babel that arises from the tapestry of a pluralistic society like ours. That we no longer have the right stuff.

Of course, they miss the point of these rituals entirely. These traditions reflect the distilled wisdom of millennia of religious practices, secularized for a secular nation. And just like religion, our traditions serve to reinforce the tenets of civilization itself.

But it is noteworthy that in today’s America, these communal celebrations seem to have morphed into a strange amalgam of…stuff. Thanksgiving, which teaches tolerance and pluralism, and Christmas, which teaches humility, generosity, and kindness – have become a strange cacophony of trumpery. Yes, I said trumpery. These ideas seem to have been stripped from their symbols, and worthless trinkets increasingly symbolize the growing moral vacuity of America. Our intolerance and lack of humility have jumped the fence and become feral once again.

We should ask when rapacity replaced conscience in America – when we became a nation reluctant to navigate the treacherous waters of a communal meal that celebrates tolerance of others. Thanksgiving isn’t simply a mythologized origin story of America, it’s the ideological scaffolding that permits the pursuit of a more perfect union. It is, more than anything else, America’s Noble Feast.