Posted on April 12, 2021
You are here: Home / Featured / Of Republicans and a Manichean SCOTUS

Today it’s arguing about court packing, with the horses gone and the barn door still open …

—  Former “New York Times” columnist Bari Weiss filled the void left by Meghan McCain on Tuesday’s episode of “The View.”  —  Bari Weiss has been relatively quiet since she canceled herself from The New York Times earlier this year…

Last night, we watched the obscene and unthinkable spectacle of a Supreme Court Justice being sworn in on White House grounds, and in a super-spreader event paralleling the nomination announcement of Amy Coathanger Bryant.*

[* After the horror of back-alley abortions, and of the second-Runner-up in the Miss America pageant of 1959, who became the face of homophobia in the 1970s and who turns out to still be alive at 80. Oh, and if “Sleepy Joe” et al. are OK, then MY nickname is OK, too.]

But, in its almost Manichean way, it was apt.

First, let me tell you a story, though:

I remember when Justice Thurgood Marshall retired. I had just written a feature piece about the infamous Rust v. Sullivan “gag order” abortion case [decided May 23, 1991] for the Santa Fe Sun, and noted Justice Marshall’s concluding statement in dissent: “A chill wind blows.”

And then, while my report was still on the newsstands, Justice Marshall gave a news conference on June 28, 1991 to announce his retirement. He stated that he did not want race to be a factor in appointing his successor.

But Republicans are not Manicheans, and nominated Clarence Thomas for Marshall’s seat. 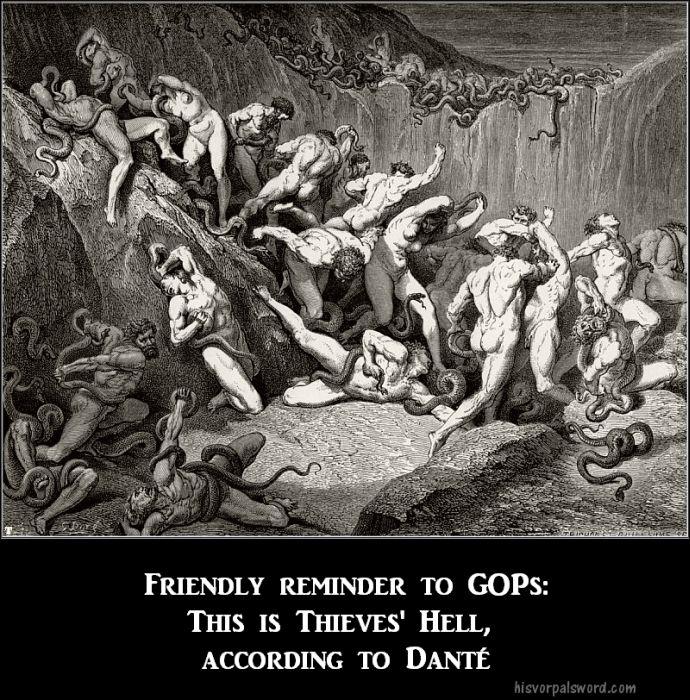 Few remember what a consummate insult that was: Clarence Thomas was and is the living, breathing repudiation of everything the Thurgood Marshall ever stood for, with the possible exception of the idea that a Black man could serve on the Supreme Court — and even that last conclusion is somewhat questionable. If the notion was that Clarence Thomas could serve on the Supreme Court, then it would be a perfect score: Thurgood Marshall would have been 100% against THAT toxic notion.

But it was the glee with which the first Bushies (the Iran-Contra Bushies with young Billy Barr covering up as Attorney General) announced their replacement for Thurgood — Clarence the Tongue-Tied Jurist — that grated . It was pure Republican Racist Politics, with a Kapital KKK. The Senate Democrats (Judiciary Committee chaired by Joe Biden) were fuster-clucked in a vicious race-baiting confirmation that concluded with an angry Clarence claiming to be the victim of a “high tech lynching.”

The blatant use of scandal and stereotype is still remembered for its spectacle and its bad feelings, but I wonder if anyone remembers what else it created? 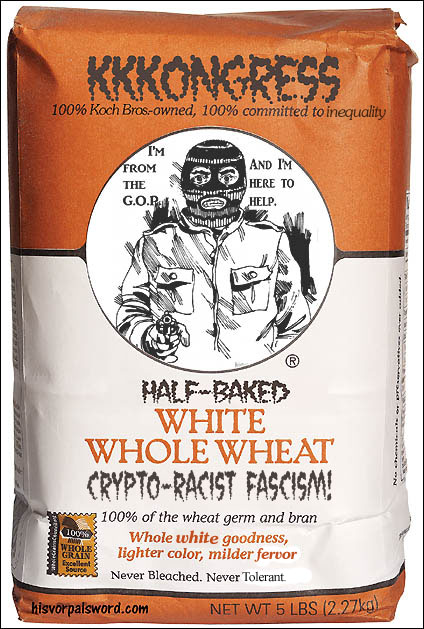 ‘Jews Will Not Replace Us!’

Thomas and the GOP won the Kabuki theater and we’ve had George Wallace in blackface on the bench ever since October 23, 1991. (OK: that’s unfair to Wallace, who grew and came to repudiate his racial stances.)  And they got their minstrel’s worth: Clarence “Mee Too” Thomas is the longest-serving member of the Court, period, at 29 years, 4 days as of October 27, 2020.

But another thing happened: Anita Hill came forward as the Senate Democrats countered the Republican Race Card with the Democratic Sex Scandal Card, in good old Washington D.C. manner, and there was a hearing. I will not recap it here. But I WILL tell you what the feminists and the liberals and the chic trust fund babies on the porch of the Aztec Café in Santa Fe said about it.

They knew EXACTLY what Anita Hill was talking about, viscerally. And they watched (these who virtually never cared about politics or watched TV) and they raged. And Clarence Thomas and the Right Wing managed to ignite a new wave of feminism, and in the years that followed, sexual harassment became a thing. A REAL thing.

I watched it being born in those women watching Anita Hill — at that moment in history. And it continues to this day.

So, weirdly, even though Clarence has been a disaster for Thurgood Marshall’s legacy, his crocodile tears engendered (pun intended) an entire successful movement to stop sexual harassment in the workplaces of America. And, on balance, I find that the movement has done more good than Clarence has done ill.

But, he is as he was: a living, breathing repudiation, a negation of Thurgood Marshall’s entire career, a sinister golem of little legal expertise.*

Judge of the United States Court of Appeals for the District of Columbia Circuit
In office
March 12, 1990 – October 23, 1991
Nominated by George H. W. Bush
Preceded by Robert Bork

Thurgood Marshall died on January 24, 1993, having watched a solid year of horror from his former court seat, where Thomas failed to ever ask a question or disagree with Antonin Scalia but once in their overlapping tenure.

But, weirdly, the “chill wind” he prophesied regarding abortion rights somehow never actually came to pass. Abortion issues remained more or less status quo ante to the present day, with exceptions. The essence of Roe v. Wade remained as intact as Amy Coathanger Bryant’s maidenhead in the quasi-cult that she was reared in.

Enter Ruth Bader Ginsburg, and exit the notorious RBG. As Thurgood Marshall was to civil rights (he won the case of Brown v. Board of Education in 1954) Ruth Bader Ginsburg was to women’s rights (she wrote the brief for Reed v. Reed 1971).

Except they did not ever WAIT for RBG’s body to go cold before announcing a vote for her successor on the Senate floor. And her body had not even been buried by the time her successor had been nominated. 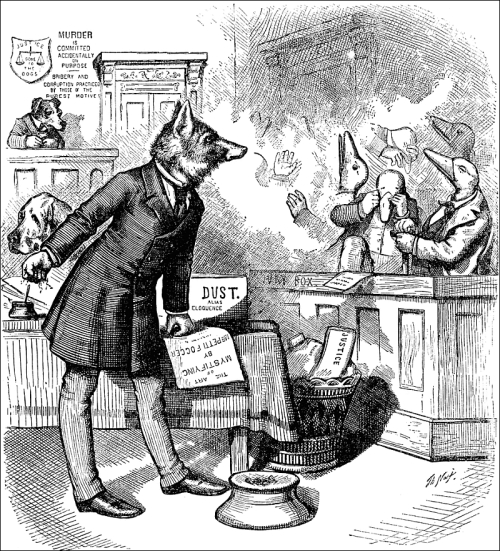 As with Thurgood Marshall, Ruth Bader Ginsburg had expressed a dying wish ignored by the Republican administration. Marshall had said that race should not be a consideration. Indeed, it was arguably the ONLY consideration (let’s get a Black Conservative! — if such a thing exists).

RBG asked that her successor be named by the incoming administration to be elected. “My most fervent wish is that I will not be replaced until a new president is installed.”

And as Clarence Thomas was to Thurgood Marshall, so, too, is Amy Coathanger Bryant to Ruth Bader Ginsburg.

Q: What happens when you have 2.7 years experience as a judge on the bench and don’t actually really know what’s in the Constitution?*

A: The Senate Republicans shove you onto the Supreme Court.

[* as demonstrated at the hearings.]

Well, let me tell you why.

Long ago, at the beginning of Christianity in the West, there was a Mediterranean-wide revival and there were many competing messiahs (whittled down to Mithras and Jesus by the time Constantine decided to CHOOSE an official state religion, ending centuries of growth under a policy of religious tolerance, pls. note). One group’s ideas crept into many Christian groups, Manicheanism, which held, in essence, that Satan or the Devil or the Dark One could create as well.

Early Church fathers held this to be heresy. Only GOD could create. The only thing that The Enemy, or Lucifer, or the Prince of Darkness could do was to pervert the creations of God, thus the Manichean view was held as heresy.

And continues to this very day.

But this isn’t about churches. It’s a METAPHOR, kiddies. God and Jesus and Mithras have ceased their ennobled cameos in this column and in its letters section.

The Manicheanism is the belief that the GOP created Clarence Thomas and Amy Coathanger Bryant.

No: They are merely satanic perversions of Thurgood Marshall and Ruth Bader Ginsberg.

We may yet receive a spiritual boon on the order of the “stop workplace harassment” movement that culminated recently in the “me too” movement.

And how diabolically fitting that Clarence Thomas, at Amy Coathanger Barrett’s request, swore her in — in another Made for TV White House spectacular.

But at least we are not Manicheans.