Posted on June 27, 2022
You are here: Home / Featured / Neo-Anti-Federalists are winning the 21st century Civil War
Violence appears in the opening book of the Bible, as a jealous Cain murders his brother, Abel. Advancements in technology have made it easier to kill, period, and also easier to kill massive numbers of people quickly.


In the United States, we saw how modern technology facilitates mass murder once again, on Tuesday. This week’s tragedy in Texas joins a litany of mass shootings for the sake of shooting. For mass murder.

Neo-Anti-Federalists are winning the 21st century Civil War, having first lost the 18th century Constitutional battle and then mid-19th century battles remembered for their carnage.

America hasn’t done anything about gun violence because we are the land of the brainwashed and gaslit.

Fundamentally, what we think we know about the Second Amendment is untrue.

You’ve gathered in secret with other White men (total of 55) representing 12 of the 13 states that recently broke away from England. There are no Black men here, although one-fifth of the new nation’s population is Black. Nor are there any women.

In Virginia, the most populous state in the new union, almost half (44%) of the population is Black. Coming in a distant second in total population, New York is only 8% Black. Women account for not quite half of the free White population.

The first governing charter, the Articles of Confederation, isn’t working. The group pivots from its original goal of a rewrite and instead hammers out a new agreement, the “founding” document we call the U.S. Constitution.

Virginian James Madison was a Federalist. He didn’t think the newly-drafted Constitution (1787) needed a Bill of Rights.

Both Henry and Mason were Anti-Federalists. They worried that a centralized government would leave Southern states without protection from slave revolts, given that state militia were an instrument for controlling the southern slave population.

“Slavery is detested,” Henry reminded those at the Virginia constitutional convention. “The majority of Congress is to the North, and the slaves are to the South.”

Madison agreed to write a Bill of Rights.

Madison was willing to put a provision in the Bill of Rights explicitly stating that Congress would not disarm the state militias. At the same time, he had no interest in preventing Congress from regulating weapons in the places where Congress had clear legislative power.

In return, Virginia would narrowly ratify the Constitution on 26 June 1788. White landed men who insisted on a Bill of Rights then elected Madison to the newly formed House of Representatives that fall. 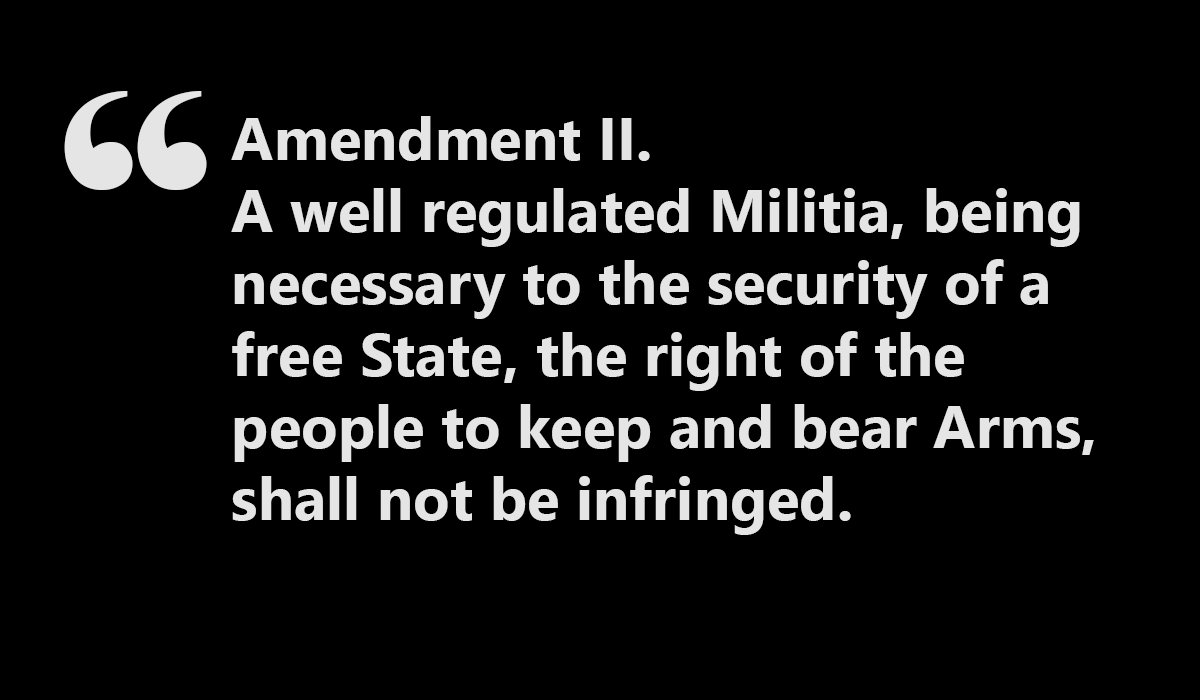 Ironically, today is John Wayne’s birthday (26 May 1907). There is perhaps no greater origin myth than that of the rugged western individualist, a myth perpetuated by Hollywood and the characters played by Wayne.

That Hollywood myth makes it easier, I think, to believe the 20th century myth that the Second Amendment was about the right of an individual to own a gun. Of course in 1787 Southerners who owned slaves (or who lived near slaves) owned guns. So did most White households in the North.

“A fraud on the American public.” That’s how former Chief Justice Warren Burger described the idea that the Second Amendment gives an unfettered individual right to a gun. When he spoke these words to PBS in 1990, the rock-ribbed conservative appointed by Richard Nixon was expressing the longtime consensus of historians and judges across the political spectrum.

History can be rewritten with enough time, money and aggression. Repeated messaging, even when full of lies and misinformation, is effective. (It’s called illusory truth.) Poster child: how the National Rifle Association (NRA) – with a dose of Hollywood – has transformed what most Americans believe about the Second Amendment.

In combination, NRA millions plus that Hollywood myth makes it easier to believe the 20th century myth that the Second Amendment was written so that “armed citizenry” could be “prepared to fight the government itself.”

In the United States, that messaging has made us the world leader in individuals committing mass murder.