Posted on May 12, 2022
You are here: Home / Featured / Merrick Garlanding Biden: McConnell suggests blockade of any 2024 Biden high court nominee 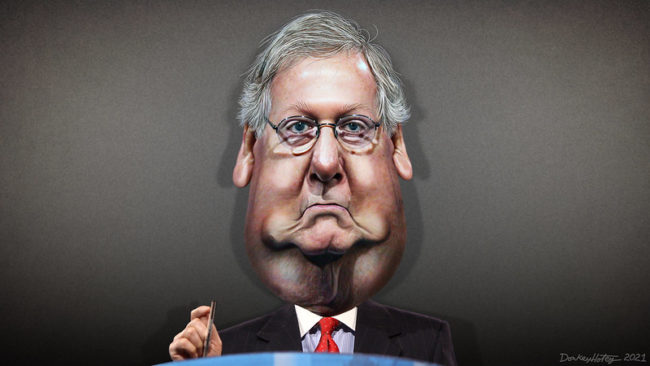 By David Morgan WASHINGTON (Reuters) -U.S. Senate Minority Leader Mitch McConnell said on Monday that President Joe Biden would not get a Supreme Court nominee confirmed in 2024 if Republicans regain control of the chamber and a vacancy arises during that presidential election year. “It’s highly unlikely. In fact, no, I don’t think either party, if it were different from the president, would confirm a Supreme Court nominee in the middle of an election,” McConnell told syndicated conservative radio host Hugh Hewitt. McConnell could return as majority leader if Republicans regain control of the …