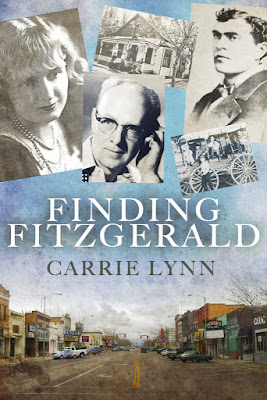 There are many fans of the late writer, John D. Fitzgerald. I agree with the description of him as “Utah’s Mark Twain.” 60-plus years ago he wrote a trilogy of novels about the Fitzgerald family, where a transplanted Pennsylvanian emigrated to Utah to find his wayward brother and also found love with a young Mormon woman. “Papa Married a Mormon” and raised a family.

In his later years, Fitzgerald penned several more novels, geared to younger readers, that focused more on the Fitzgerald children, particularly “The Great Brain,” Thomas Dennis Fitzgerald, or T.D., who solved dilemmas that perplexed his contemporaries, even the adults. The successful series, spawned a film, “The Great Brain,” that unfortunately had little distribution but can now be viewed at YouTube. The series, all with titles that began with “The Great Brain …” was so popular that after Fitzgerald’s death, the discovery of another “Great Brain” manuscript was also published.

I repeat there are many fans of John D. Fitzgerald, but there are others, myself included, who can be regarded as “‘super fans.” He is among our favorite writers. We don’t just read his novels, we re-read them to tatters, introduce them to others, most satisfyingly to our children, and yes, we think about the Fitzgerald family a lot. We harbor warm sentiments towards Papa, Mamma, T.D., the Great Brain, the narrator, J.D. (John D. Fitzgerald), S.D., older brother Sean Dennis Fitzgerald, Uncle Will, Aunt Cathie, and others.

The books are written as if they are recollections of childhood and family. The principal towns, located in Southern Utah, are Adenville, a predominantly Mormon community, and mining town Silverlode. There are even photographs of the major family characters in the novel, “‘Papa Married a Mormon.”

I promise I am getting to a review of the wonderful book shown above, but this preface is necessary. If you are a super fan of John D. Fitzgerald, you will encounter a dilemma if you do any cursory research of his popular novels. There is no Adenville. No Silverlode ever existed. The major characters can be located, albeit some with different names. However, these characters don’t, for the most part, match how they are depicted in the novels.

Quite frankly, this shouldn’t be a surprise. The books are clearly marked as novels, or fiction. You go to the library, “Papa Married a Mormon” is in the fiction section. The “Great Brain” books are in children’s fiction. But if you are attached to these novels, it’s easy to succumb to the belief they are real.

The author of “Finding Fitzgerald,” E.L. Marker (WiDo Publishing, 2019) Carrie Lynn (buy it here), was introduced to the novels at roughly the same age I was. “The Great Brain” was first read to her on a family camping trip in 1976. Our teacher read “The Great Brain At the Academy” to my fifth-grade class a year earlier . Lynn was mesmerized. I was mesmerized. I had to read every “Great Brain” book. And then I had to search the wonderful, now sadly gone “Acres of Books” in Long Beach, Calif., and buy the three novels Fitzgerald had published in the 1950s.

“Finding Fitzgerald” is a memoir. Lynn blends her dogged, determined search to uncover the secrets behind John D. Fitzgerald’s mysteries, with her family life of the past two generations. The book opens with Lynn visiting Price, Utah. That’s where the Fitzgerald family actually lived. Frankly, for this Fitzgerald fan, it’s a thrill to witness Lynn talking to people who knew the Fitzgeralds of the novels, to have her be at locations that we see in a photo in one of the novels, and see buildings and streets in Price that she can visualize as settings in the novels.

One of the most satisfying questions that Lynn answers in “Finding Fitzgerald” is her realization, through a study of Price and its diverse communities, that this town/city offered John D. Fitzgerald the settings of both “Adenville” and “Silverlode.” Price had its sections that resembled a small Mormon community and it had its settings where there were saloons, etc. In fact, one interesting fact learned is that Papa Fitzgerald, Tom senior, was not a newspaper editor but nevertheless had a fascinating life. For a long time he traveled through life, pursuing adventures, including ore mining, before settling down in Price and marrying and raising a family.

These location and personality disconnections are important for super fans, because, as Lynn poignantly notes in her memoir, they can tear at the heart. I recall in the late 1970s dragging my family through back roads in Southern Utah trying to locate the ruins of “Adenville,” supposedly destroyed by a flood, and the ghost town of “‘Silverlode.” I thought I found “Silverlode” in Silver Reef, but couldn’t find any sign of “‘Adenville,” but hopefully thought a big white home might have been “Uncle Will”‘s place that must have survived the flood. ? This just provides an example of how powerful a connection to Fitzgerald’s writing can be for some readers.

I need to pay tribute to the author’s patient research and determination. She pored over long ago newspaper editions, public relations materials for novels and film, corresponded with Fitzgerald family members and friends, other researchers, started a blog, talked with academics, shared her findings with loved ones, sought and followed their advice, and went on pilgrimages to the areas where the books’ characters lived. She not only eased our concerns about the literary license, she provides strong examples, through family lore and her research of Price and other areas, of the origins and inspirations of many of the events and individuals who populate the novels.

And the memoir will tug at your heart when Lynn writes about the real-life “Great Brain,” Tom Fitzgerald. The inspiration for brother John’s most famous character had a life filled with much tragedy. He was alone most of his latter-half life, and encountered a lot of adversity. But we also learn that he was a survivor, a man who was respected by many, shared his knowledge of subjects with others, and “read a lot of books.” I get the feeling from what I learned in the memoir that John loved and respected Tom, and wanted others to feel that respect.

Lynn’s memoir flows well between her family and her research. Her embarrassment at falsely claiming to be a writer doing research leads to the happy result of actually completing a book. Her mixture of emotions from discovering and deciphering Fitzgerald mysteries is exemplified in her procrastination to read “Papa Married a Mormon” to her reluctance to pursue answers from a prominent, finally located source, because she doesn’t want to bother him. She eventually “bothers” the source for more answers. That’s fortunate, because the journalist that is me was decrying her for shying away from that source. It’s also heartwarming to read of Lynn being on a panel as a Fitzgerald expert.

There’s one more Fitzgerald mystery solved in “Finding Fitzgerald” near the very end: the likely identity of the man who inspires Bishop Aden, the Mormon bishop of “Adenville.” I’ll say no more on that, leave it to the reader to learn, but will add that in my opinion the Price resident who characterizes “‘Mama, Tena Fitzgerald,” is likely the most similar in real life to her character in the novels.

Do yourself a favor reader, enjoy “Finding Fitzgerald.” The author did a yeoman’s job in unearthing so many facts and underscoring how wonderful John D. Fitzgerald’s historical novels are. And make sure you pick up a few “Great Brain” books and “Papa Married a Mormon.” They are available still, in shops and via Amazon. In fact, “Finding Fitzgerald can also be purchased at Amazon here.

This review is cross-posted at The Plan9Crunch blog here.