Posted on November 27, 2020
You are here: Home / International / Libya takes baby-steps to peace hand-held by UN 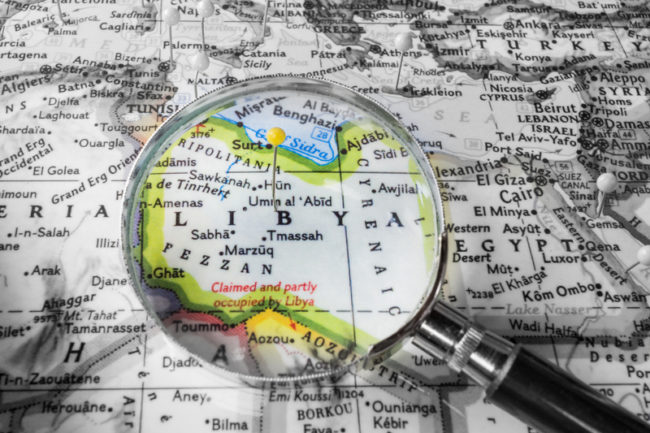 Almost miraculously in this dismal age of Covid-19, baby-steps have begun towards peace in Libya, hand-held by the United Nations. This could become the accomplishment the UN badly needs to bring the United States led by Joe Biden into the fold after years of rough neglect by Donald Trump.

UN Special Representative for Libya Stephanie Williams has reported that after many years of “of oppression, division, chaos, misery, and conflict, Libyans are coming together to chart a Libyan vision for the way forward that has the opportunity to preserve the country’s unity and reassert its sovereignty.”

Remarkably, an UN-sponsored political road map has already been adopted to presidential and parliamentary elections to be held on 24 December 2021, on the 70th anniversary of Libya’s independence.

Williams remains on thin ice although the roadmap sets out clear deadlines for actions to make things work. This level of agreement on political process is extraordinary but much depends on how the volatile military situation evolves on the ground.

She was reporting to the UN Security Council on progress made after the history-making signature of 10 warring generals on a countrywide permanent ceasefire agreement in Geneva on 23 October. It started with immediate effect.

Surprisingly, that ceasefire has held so far. The agreement provides for the withdrawal of all military units and armed groups from the frontlines; and the departure of all mercenaries and foreign fighters from the entire Libyan territory within a period of 90 days.

These are very tall orders since they depend on compliance by the foreign countries providing military support to the main warlords in Libya.

Encouraging signals include oil production, which is already back to previous levels at 1.2 million barrels per day. Progress is also underway on a transparent economic arrangement to manage oil revenues, which would greatly help to prevent corruption.

More deterrents to corruption should emerge from a decision by the Libyan Investment Authority to conduct the first comprehensive audit since its creation in 2008 and separate decisions to conduct audits of the two branches of the Central Bank of Libya.

To Williams’ credit, guns did fall silent and warring generals have already developed terms for a ceasefire monitoring mechanism in central Libya, reopening of an important coastal road, deployment of a joint Libyan security force and withdrawal of foreign forces and mercenaries from the area.

Notably, the exchange of detainees continues and flights have been resumed between Benghazi and Tripoli and several other cities.

Turkey is currently the chief backer of the Tripoli government, which is recognized by the UN. It has provided armed drones and extensive modern firepower bolstered with thousands of Syrian mercenaries sent from the Turkish controlled areas of Syria.

This Turkish support prevented the Tripoli government from falling to an onslaught by forces loyal to Khalifa Haftar, a warlord who has the support mainly of the United Arab Emirates and Russia. They provide Haftar with mercenaries, heavy weapons and occasional air support.

The warring sides reached stalemate in late summer 2020. At that point, floundering UN peace-making efforts gained momentum since it was clear that Tripoli was unlikely to fall without risking direct clashes between Turkey, a NATO member, and Russia.

The Libyan civil war looks as if it is between a recognized government and a stubborn warlord. But that is an optical illusion. Each side contains fragile coalitions of tribal militias and numerous chiefs who are in there for their own gains and could turn on one another at any time.

The stalemate put wind behind the UN-sponsored ceasefire agreement among the 5+5 Joint Military Commission, which comprises the 10 key military men who command militias loyal for the moment to Tripoli or Haftar.

Turkey had not shown much interest in the Libyan civil wars until Cyprus and Greece, both members of the European Union, and Israel, a US protégé, tried to keep it out of oil and gas-rich coastal seas around the numerous Greek islands dotting the area.

Turkey quickly made a deal with Libya’s UN-recognized government in Tripoli to jointly stake claims to oil, gas and other economic wealth in surrounding seas and, in exchange, ensured that Haftar could not conquer Tripoli.

Russia openly sided with Haftar several months earlier because it is interested in a naval and air base and oil harbor on Libyan shores to increase its clout and presence in the Mediterranean. It has already secured a naval and airbase on the Ocean’s other side in Syria.