Posted on November 23, 2021
You are here: Home / Environment / Johnny Appleseed Was The Kind of Litterbug I Want to Be 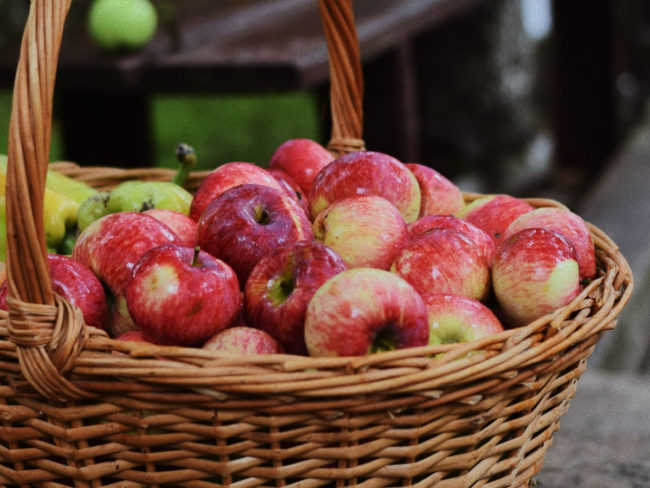 When I was a child, I was enchanted by the abundance of seeds nature dropped for me to discover. There were two large chestnut trees that grew alongside a high wall not far from where I lived. Each year, around this time, I found big, green thorny nuts spread all over under these trees. I just had to open one! I’d find a rock and pound––not too hard––on the tough exterior. Then in the palm of my hand, I’d hold the gorgeous mahogany chestnut once nestled inside.

There is something so soothing in fall about watching the colorful leaves drift from the branches of deciduous trees and cover the ground. It’s these leaves that enrich the soil by becoming humus. How different it is when nature litters than when people litter! This natural, littering process is actually productive––good for the earth. Nature’s litter supports and nourishes the planet. Much of human litter is harmful––plastic bottles, cigarette packs, fast food trash.

Garbage and trash do not belong on the ground. Yesterday as I was walking from the parking lot to the entrance of the Recreation Center, I noticed a wet mask and napkin on the ground. I kept walking. When I got to the front door, I paused, turned back, and gingerly picked up both items. I then threw them away in the trash can just inside the door and used the hand sanitizer nearby. 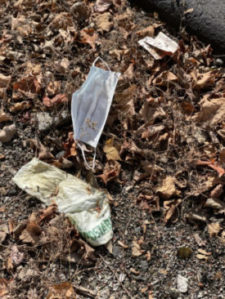 This reminds me of the time during Covid that there was a mask and other trash across from the entrance of one of my favorite stores, Nature’s Temptations. People had driven over the garbage. After a few days of being bothered by the trash, I spoke to the store owner-manager. He said he would see that it got cleaned up. I had not wanted to touch the debris because of the virus. Looking back now, I wonder why I just didn’t get paper towels and pick the things up? I then could have used the handsanitizer inside the door. Was I acting like my students?

When I was teaching, I would have the students pick papers or any other garbage off the floor and drop them into the wastepaper basket when they left the room. That was so the next class would also be able to enter a cleanroom. The kids would often complain about having to clean up. They would say, “It’s the custodian’s job to pick things up.” I would tell them the story about a man who worked in a skyscraper in New York City.

Whenever he was entering or leaving his building and saw someone drop a candy wrapper, an empty cigarette pack, or any kind of garbage, he would walk up to them. He would nicely say, “This is my building. I would appreciate it if you dropped the item in the garbage receptacle. There is one over there on the sidewalk. Thank you so much.”

Then, I would ask the class, “Why did the man say it was his skyscraper? Did he actually own the building?” Eventually, a student would come up with the idea of owning responsibility for the environment––for taking care of our earth.

Johnny Appleseed is like the man in the skyscraper. Johnny took responsibility for the earth, his home. His seed scattering was a way of enhancing the earth’s productivity. His apples provided food for humans and other animals. Maybe we need to think of Mother Nature’s abundant examples of littering when we litter. Nature’s litter is always productive or bio-degradable––it nourishes the earth. We need to return things to the earth so that it will produce vegetation, more oxygen, and enrich the soil.

I have been saving the pits from the peaches I bought and ate this summer. My plan, inspired by Johnny Appleseed, is to strew the peach pits in places where they might thrive and grow. May their future fruit nourish the wild beings, like the birds and little animals. I know someone special who collects milkweed seeds and scatters them so that Monarch butterflies will move in. I wonder what kind of litterbug you want to be? I’d love to hear what ideas you have about littering according to Mother Nature’s model. I hope to hear from you.

This is cross-posted from Jane Knox’s blog The Ageless Goddess. 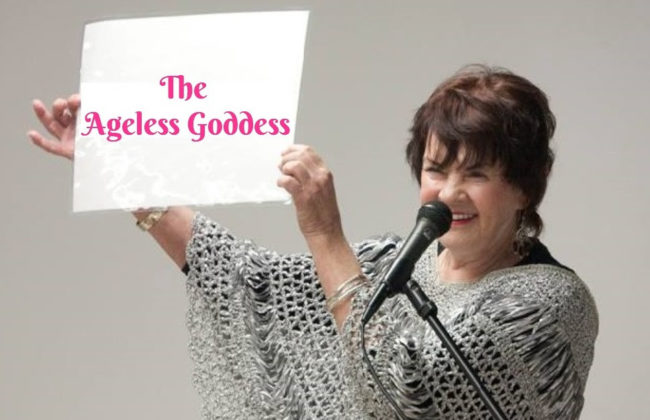