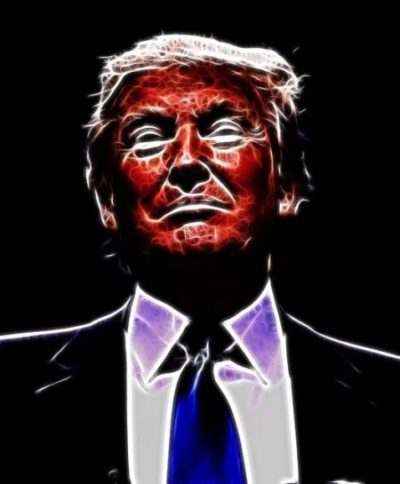 SAN DIEGO — American Jewish organizations were generally critical of President Donald Trump’s comment suggesting that given some of the pro-Palestinian sentiment in the Democratic party activists, Jews who vote for Democrats are either ignorant or disloyal.

In alphabetical order, here are some of the commentaries that have been sent to the offices of San Diego Jewish World.

APN urges everyone in public life – both in the United States and in Israel – to stop playing partisan games with Israel and with the US-Israel relationship.

APN commends fellow American Jewish groups who called out Trump for his despicable statement accusing American Jews of disloyalty. We call on those who have not yet done so – including the Conference of Presidents of Major American Jewish Organizations, of which we are a member – to reject Trump’s divisive, shameful, unpresidential, anti-Jewish, and un-American rhetoric.

Americans for Peace Now, the sister-organization of Israel’s peace movement Shalom Achshav (Peace Now) is a non-partisan non-profit organization that educates and persuades the American public and its leadership – regardless of party affiliation — to support and adopt policies that will lead to comprehensive, durable, Israeli-Palestinian and Israeli-Arab peace based on the two-state solution: the sovereign state of Israel and a sovereign Palestinian state in the West Bank and Gaza.

“I think Jewish people that vote for a Democrat – I think it shows either a total lack of knowledge or great disloyalty,” said Trump in the Oval Office.

AJC CEO David Harris said the president’s comments are “shockingly divisive and unbecoming of the occupant of the highest elected office. American Jews – like all Americans – have a range of political views and policy priorities. His assessment of their knowledge or ‘loyalty,’ based on their party preference, is inappropriate, unwelcome, and downright dangerous.”

AJC called on President Trump to stop such divisive rhetoric and to retract his disparaging remarks.

AJC is a strictly non-partisan advocacy organization and does not endorse candidates for political office.

“We categorically reject and condemn Donald Trump’s anti-Semitic claim today that Jews who vote for Democrats are ‘disloyal.’ President Trump has no right to tell Jewish Americans that he knows what is best for us or to demand our loyalty.

“We live in a democracy, and Jewish support for the Republican Party has been halved since Trump has been in office – from 33% in 2014 to 17% in 2018 (according to Pew) – because Trump doesn’t represent Jewish or American values.

Jewish voters are deeply concerned about a range of domestic policy issues – including the startling rise of anti-Semitism during his presidency – in which Trump’s and Republicans’ policies have been antithetical to Jewish values. That is why the Democratic Party has been – and will continue to be – the political home for the overwhelming majority of American Jews.

*
Mazon — In response to President Trump’s comments from the Oval Office that “Any Jewish people that vote for a Democrat, I think it shows either a total lack of knowledge or great disloyalty,” Abby J. Leibman, President and CEO of MAZON: A Jewish Response to Hunger, issued the following statement:

“The president’s dangerous and exclusionary language is unacceptable, un-American, and beyond the pale. His offensive accusation is an anti-Semitic trope that can lead to violence as we saw in the worst attack on American Jews in history in Pittsburgh, Pennsylvania at the Tree of Life synagogue on October 27, 2018. Such sentiments have no place in public discourse particularly from the president of the United States.”

“We believe that, since 1948, the overwhelming majority of American Jews, irrespective of party affiliation, unequivocally support the State of Israel. We also affirm that this bipartisan support is absolutely essential to the future well being and security of the Jewish State. To say otherwise, and depend only on one party — particularly in these turbulent times of increased hate and anti-Semitism — weakens and divides the most important Jewish community in the Diaspora,” said Rabbi Marvin Hier, the Center’s founder and president, and Rabbi Abraham Cooper, the Center’s associate dean and director of global social action.

“It was President Jimmy Carter who presided over the Camp David Accords and Republican Ronald Reagan who helped open the gates of freedoms for Soviet Jewry,

“It was Democratic President Harry Truman who made the historic decision that the U.S. would recognize the State of Israel and Republican Donald Trump who moved the U.S. Embassy to Jerusalem

“The Simon Wiesenthal Center, which has never endorsed candidates or political parties, reiterates its call for both parties to reduce the rancor that harms the bipartisanship so desperately needed by our democracy.”