Posted on September 5, 2022
You are here: Home / Featured / IT’S UNCLE JOE VERSUS HIS IMPLACABLE FOES 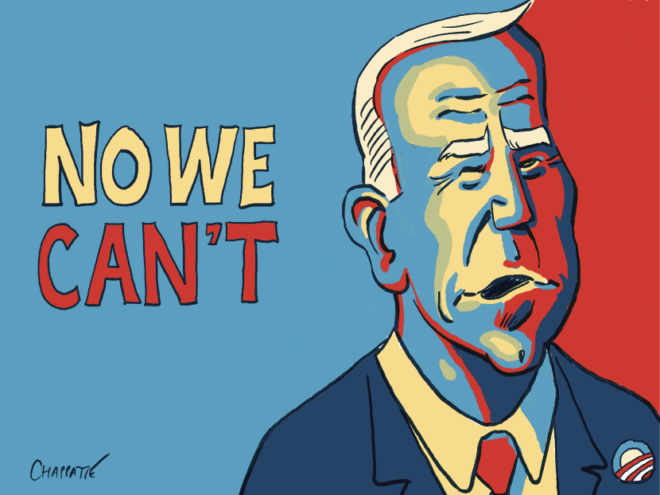 In conversation this week with the White House press corps, on the eve of his one-year presidential anniversary, Joe Biden said: “One thing I haven’t been able to do so far is get my Republican friends to get in the game of making things better in this country… I did not anticipate that there’d be such a stalwart effort to make sure that the most important thing was that President Biden didn’t get anything done.”

How could he not have “anticipated” such sabotage? We all knew it would happen. Did he really think he would be spared what happened to Barack Obama? And by the way, they’re not his “friends.” They’ve metastasized into a cult movement bent on destroying not only his presidency, but two centuries of democracy.

Not that untold millions of semi-attentive voters seem to care. Gallup reports that the Republicans have gained adherents during Biden’s tenure, and now hold a five-point national advantage in party preference.

Fairly or not, voters generally have a what-have-you-done-for-me-lately attitude, and if things are going bad (omicron, inflation), they tend to blame whoever is in charge. The plain-as-the-nose-on-your-face-fact that Republicans are enthralled by the big lie of a stolen election, that they’re determined to stage a coup next time by every possible means, and that they’re sabotaging Biden because they think he’s illegitimate, is apparently too much nuance for too many Americans. Indeed, only 32 percent believe that the Jan. 6 storming of the Capitol was an insurrection or attempted coup.

Granted, Biden has made mistakes. His Afghanistan withdrawal was arguably too precipitous. His massive Build Back Better Act and his voting rights bills were too ambitious for a 50-50 Senate. His goal of working on passage with “Republican friends” always seemed naive. Yes, the destructive behavior of Democrats Joe Manchin and Krysten Sinema – standing tall for the GOP’s exploitation of the filibuster – has killed the federal voting rights bills, but their treachery is pivotal only because all 50 Republican senators voted to essentially ratify the slow-motion subversion of nonpartisan election machinery that’s happening right now in Republican-controlled states.

Why should Biden shoulder prime blame for the omicron variant? Viruses mutate when they’re not adequately snuffed, and Republicans (only 59 percent of whom are vaccinated) have done their best to thwart vaccination mandates. Is it Biden’s fault that Fox News pumps anti-vax sludge every day into the heads of its credulous viewers?

Does Biden deserve prime blame for the current inflation and supply chain glitches – which have been greatly exacerbated by the global pandemic that he didn’t cause? At the very least, when judging his first-year performance, the books should be somewhat balanced by the fact that the economy has been heating up, that the jobless rate has fallen to 3.9 percent (far faster than projected; at one point during Trump’s final year, it was 14.7 percent) and that on Biden’s watch 6.4 million jobs have been created – more than triple the average job growth from 2015 to 2019. It should be obvious that this economic resurgence has fueled in part by the successful vaccination – in less than a year, full vaccination – of roughly 210 million people.

What can Biden do to recoup lost ground in the polls? Since working with the Republicans is a fantasy best forgotten, he has no choice but to tout more clearly what he has already achieved (the long-overdue infrastructure package and the economic relief package), what he’s doing this year to battle the pandemic (free testing kits on an easy website; free N95 masks), what he’s doing to fight inflation (he’s already clearing up port bottlenecks), and how he’s planning, realistically, to pass ambitious legislation in smaller chunks (early child care, for instance).

It’s premature to pronounce his presidency dead – Ronald Reagan and Bill Clinton had terrible job approval ratings during their first terms, but won re-election handily – but he’ll need to leverage the current polarization to his advantage, and persuade enough voters that he’s on their side while the Republicans are…what exactly?

“Think about this,” he said yesterday. “What are Republicans for? What are they for? Name one thing they’re for.”

That’s easy: Brute power at the expense of our teetering democracy. But the big question, going forward, is whether enough voters give a hoot.