Is THE FAR SIDE comic strip really returning?

Is Gary Larson’s The Far Side comic strip really returning?
Will the world once again be subjected to Frankencows with sheep brains?

States The Guardian‘s Alison Flood, “Larson’s iconic Far Side cartoons were syndicated in more than 1,900 daily newspapers from 1980 to 1995, treating readers to daily offerings from his offbeat visions of the world.”

Over at National Review, Jim Geraghty writes, “It probably says something about me that I consider Gary Larson, the cartoonist who created the single-panel comic strip The Far Side, as one of the great American geniuses of the 20th Century, and the news that Larson plans to bring back his world of anthropomorphic cows, ladies in 50s sequin glasses, rotund children, and Weiner dog artists has me downright giddy.”

Over at CNET, Bonnie Burton writes, “But at a time when tragedy and cruelty seem to dominate headlines, one this is certain: We could use Larson’s oddball humor now more than ever. The Far Side pointed out the ludicrous side of being human, and the secret genius of animals. Cows drove cars when farmers weren’t looking. Scientists played hilarious tricks on one another.”

For a reminder of just what The Far Side provides, watch Tales from the Far Side by clicking here. 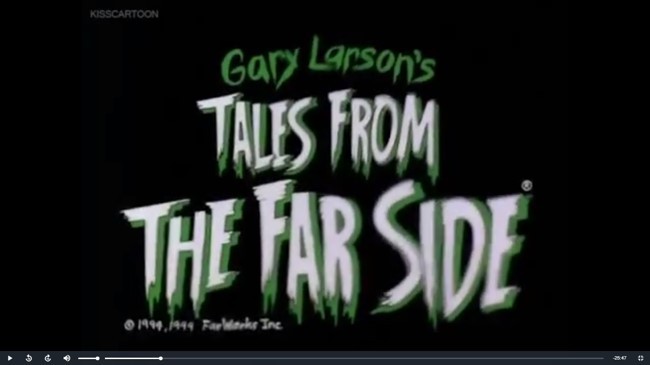 For more of The Far Side antics, watch Tales from the Far Side II by clicking here. 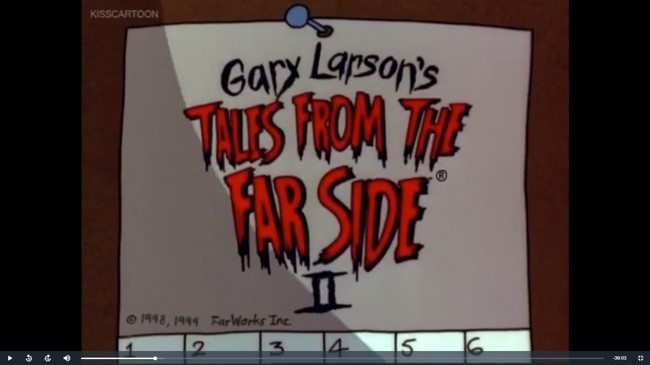 Featured Image is a screenshot from Tales From The Far Side shown by KissCartoon.