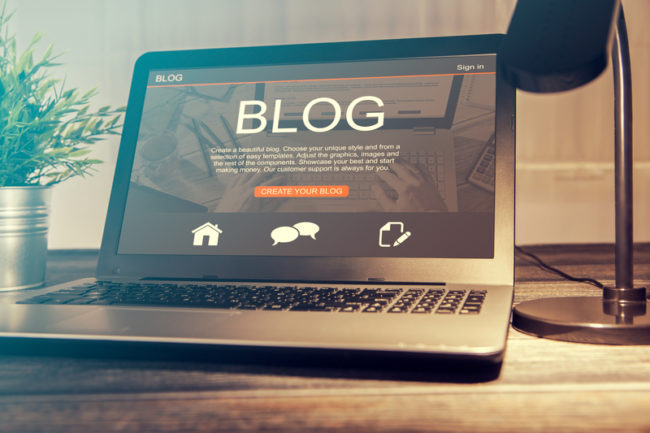 Yes, it is widely known that the “Golden Age of Blogging” (when there were blogging awards and The Moderate Voice won some) has long been over. They key factors are often said to be Facebook’s huge growth and the increasing popularity of Twitter. But there is another factor noted by Martin Longman:

Because the news media realized it had to change the way it reported stories since the traditional model I was taught while getting my masters in journalism at the Medill School of Journalism wasn’t working anymore.

Longman notes: “Political blogging was born in the Bush years, peaked under Obama, and mostly died in the Trump Era. The decline is partly explained by the mainstream media adopting some of blogging’s strongest features and hiring some of its talent—think Ezra Klein and Greg Sargent. But the most important factor is that straight journalists finally internalized that it’s part of their job to tell the reader when they’re being lied to.”

You could see self-questioning and outside questioning began during George W. Bush’s presidency in the run up to and during the Iraq war. But the old model was in place. Journalists were news gatherers who would not use the word “lie” but twist themselves into pretzels to find another word. Those who used the word “lie” easily were considered biased. There were and still are some journalists who won’t register for any political party to avoid the appearance of overt bias.

NYU Journalism Professor Jay Rosen has long advocated a new journalistic approach on his wwebsite Press Think and on his Twitter acccount.

The Trump era made it clear that journalism would have to adapt to someone who lies so much it can’t be defined by the word “spin” or “exaggeration.” Add to that Trump talking about journalists who weren’t stenographers or unofficial p.r. agents (i.e. Fox News)with disdain sarcasm, contempt and calling them as “enemies of the people.” The approach and even tone of some journalistic reaction had to change. The traditional approach became, oh, so 20th century.

“This has an appropriate mocking tone, making clear that that president is lying, making lame excuses, contradicting himself, and acting in a delusional manner. It’s a shame that it’s necessary to characterize the president’s remarks this way, but it’s essential. Trump sensed this himself. When Reuters White House Correspondent Jeff Mason asked if he’ll concede after the Electoral College votes, Trump barked: “You’re just a lightweight. Don’t talk to me that — don’t talk — I’m the president of the United States. Don’t ever talk to the president that way.”

Political blogging was born of media deference to the president. It died in large part because the media woke up during Trump Era and put an end to that error.”

But there’s also another factor:

Googles’ changes in its algorithm has stunned many bloggers and caused some to quit blogging as their hits abruptly plummeted over a short period of time. Others persist but have seen hits nosedive almost overnight. Their blogs became mere shadows of what they had been just months earlier.

In the case of The Moderate Voice, in tracking hits, TMV has lost ground over the years, then started to rebound, often considerably. Then, suddenly LITERALLY overnight the hits will nosedive. The tools charting hits show TMV’s hits going down as straight as if someone used a ruler and drew a straight line. For a site such as The Moderate Voice that can be lethal: ad revenue is scarce so it has survived on donation drives and a small bit of ad revenue. Two of its best commenters who became highly popular co-bloggers and periodic donors died within weeks of each other.

Even so, there are sites like TMV that are in it for the duration despite mainstream media not holding back calling lies lies and where necessary responding with snark, or Google’s shock and awe-like algorithm changes that can decimate blogs.

But the question is: how long is the duration?

FOOTNOTE: TMV will soon reach its 17th anniversary. Traditional hits go down during the holidays and start to climb in January. So a partial rebound is possible.