Posted on October 9, 2021
You are here: Home / Science & Technology / Facebook: a jaw-dropping five-part series from the WSJ 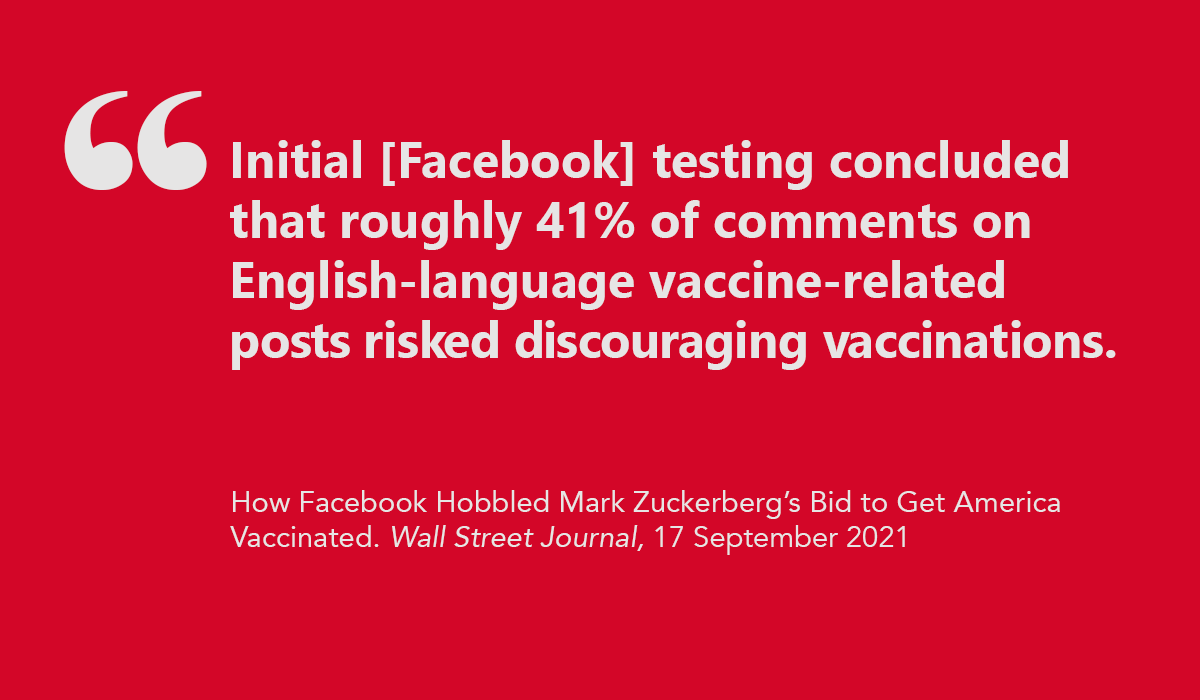 Last week, The Wall Street Journal published a jaw-dropping five-part investigation showing how Facebook ignores or deflects reports relating to flaws in its platform “that cause harm.” The series is largely based on internal documents and shows that the company often discounts problems that its own employees discover.

Facebook employees had previously flagged comments made on posts as a largely unaddressed problem, according to a former employee and the documents reviewed by the Journal. Research in 2018 and 2019 found that comments were what one memo described as “an important source of misinformation, even on seemingly innocuous articles.”

“Misinformation, toxicity, and violent content are inordinately prevalent among reshares,” according to an internal memo. According to the WJS, a whistleblower has turned over some documents to Congress and the Security and Exchange Commission.

Remember when Mark Zuckerberg, Peter Thiel and Donald Trump had a secret dinner?

BREAKING: In a secret 2019 meeting, Mark Zuckerberg reportedly struck an agreement with Jared Kushner that Facebook would not fact-check political speech during the 2020 election — in exchange, the Trump administration would avoid significantly regulating Facebook. (per @chafkin)

Although Facebook may be the tech firm that news media love to hate, it’s remarkable whenever the Rupert Murdoch-owned WSJ takes any business to task.

How to read the WSJ for free (other than using your local library’s eservices).

Excerpt from Kathy Gill’s Memo from a News Hound, 20 September 2021, From Facebook to the Secret Service, a WTH edition.