It is good to be able to close out this “annus horribilis” on a positive note.

Up to the beginning of this year, while there are several local and state monuments and memorials commemorating the more than four million Americans who served in World War I, there was no true “national” monument.

Finally, in January 2013, Congress established the World War One Centennial Commission “to ensure a suitable observance of the centennial of World War I, to provide for the designation of memorials to the service of members of the United States Armed Forces in World War I…” and in December 2014, Congress designated Pershing Park as the site for the memorial.

On April 16 of this year, more than a century after the “Great War” ended, the long-awaited memorial rightfully joined the three other national memorials honoring those who served and sacrificed in the three other major wars the U.S. fought in the 20th century: World War II, the Korean War and the Vietnam War.

The image below – a screen shot from the WW Centennial organization – shows the memorial. 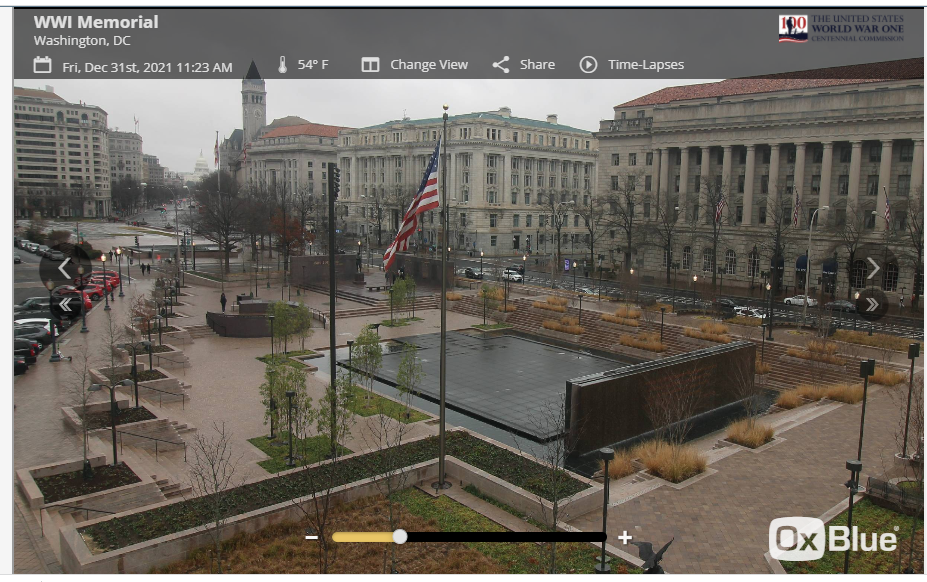 The 60-foot long, 12-foot-tall bas-relief sculpture, “A Soldier’s Journey,” is scheduled to be installed in 2024. For now, a canvas with sketches of the sculpture stands in its place.

Of the more than 3,550 Medal of Honor recipients to date, 126 served in World War I, 92 receiving the award posthumously.

Like the World War I monuments and memorials, there are several state monuments, memorials and museums honoring those who received our nation’s highest military award for valor in combat, but no national monument exists.

On Monday, President Joe, Biden signed bipartisan legislation into law authorizing the National Medal of Honor Museum Foundation (NMOHMF) to “establish a commemorative work on federal land in the District of Columbia in honor of the extraordinary acts of valor, selfless service, and sacrifice displayed by Medal of Honor recipients.”

The bill further stipulates that no federal funds will be used to build the monument. Instead, the NMOHMF will raise funds to cover the expenses for the monument that will (probably) be located on the National Mall.

In addition, a National Medal of Honor Museum complementing the Monument is scheduled to break ground in Arlington, Texas, early in 2022 and open in 2024.

We’ll keep you posted on the progress.