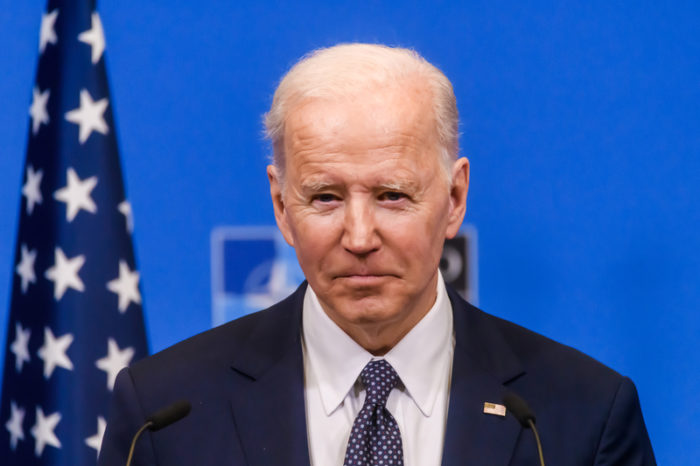 So far, Joe Biden seems to have done a good job in his term as president, with the country deeply polarized and slim margins to work with in both Houses of Congress. Of course, others may disagree. But in either case, he should not run for a second term as president and should announce his intention soon to allow others to develop the traction necessary to be successful candidates. It is quite possible he could beat Donald Trump if Trump were the Republican candidate, though he would likely have more trouble winning a presidential race against Ron DeSantis. But my concern is not the campaign but how he would function again in office. To put it bluntly, he would be too old. Donald Trump would also be too old and has a major risk factor for dementia, heart disease and strokes. He is obese, no matter what his sycophantic physicians may say. Biden may feel that if he rejects a second term and is a lame duck, he will have less power, but there is no objective evidence to confirm this. For the good of the country and the Democratic Party, he should not run again.

I am a retired neurologist whose main area of interest has been aging and cognitive impairment. I have had three books published on these subjects. I am not ageist and it is quite possible that Biden might function quite well during his second term. But we do not know that for sure. The older people get, the more susceptible they become to various diseases and the more likely they are to experience cognitive decline. Though many older individuals are intellectually intact and function quite well, it still may take them longer to process new information and memory may not be as sharp as in younger years. This is simply a fact of life. Joe Biden just celebrated his 80th birthday and is the oldest president ever. By the end of this term he will be 82. If he runs again and wins, he would be 86 by the time he finished his second term. Donald Trump would be 82 by the end of his second term, but many Americans already consider his judgement suspect.

There is a difference between a person’s chronological age and his or her physiological age, with people aging at varying rates due to multiple factors. Thus, two people of the same chronological age may be quite different physiologically. Though it is unlikely our political parties will ever allow this to happen, there should be mandatory physical and cognitive examinations for all candidates before they are allowed to run for Federal offices, especially president and vice-president. Supreme Court justices should also be tested periodically if they are to hold lifetime appointments, though long term limits for the courts should probably be instituted.

America has always been considered a vital and youthful nation, though the average age of our population is increasing as is true in most advanced nations. However, with decades of polarization imbued in our politicians and our population, it is time to bring in new and younger leadership to government offices at all levels. Perhaps younger officials can find new ways to work together for the betterment of our nation and reach out across the aisle. Whether one agrees or disagrees on the quality and performance of Joe Biden as president and that of Donald Trump, it is time for them to step aside and allow new people to assume leadership roles in our two political parties. Our nation needs to be reinvigorated by younger leaders to meet the challenges of an evolving and complex world.

Buy The Uninformed Voter on Amazon