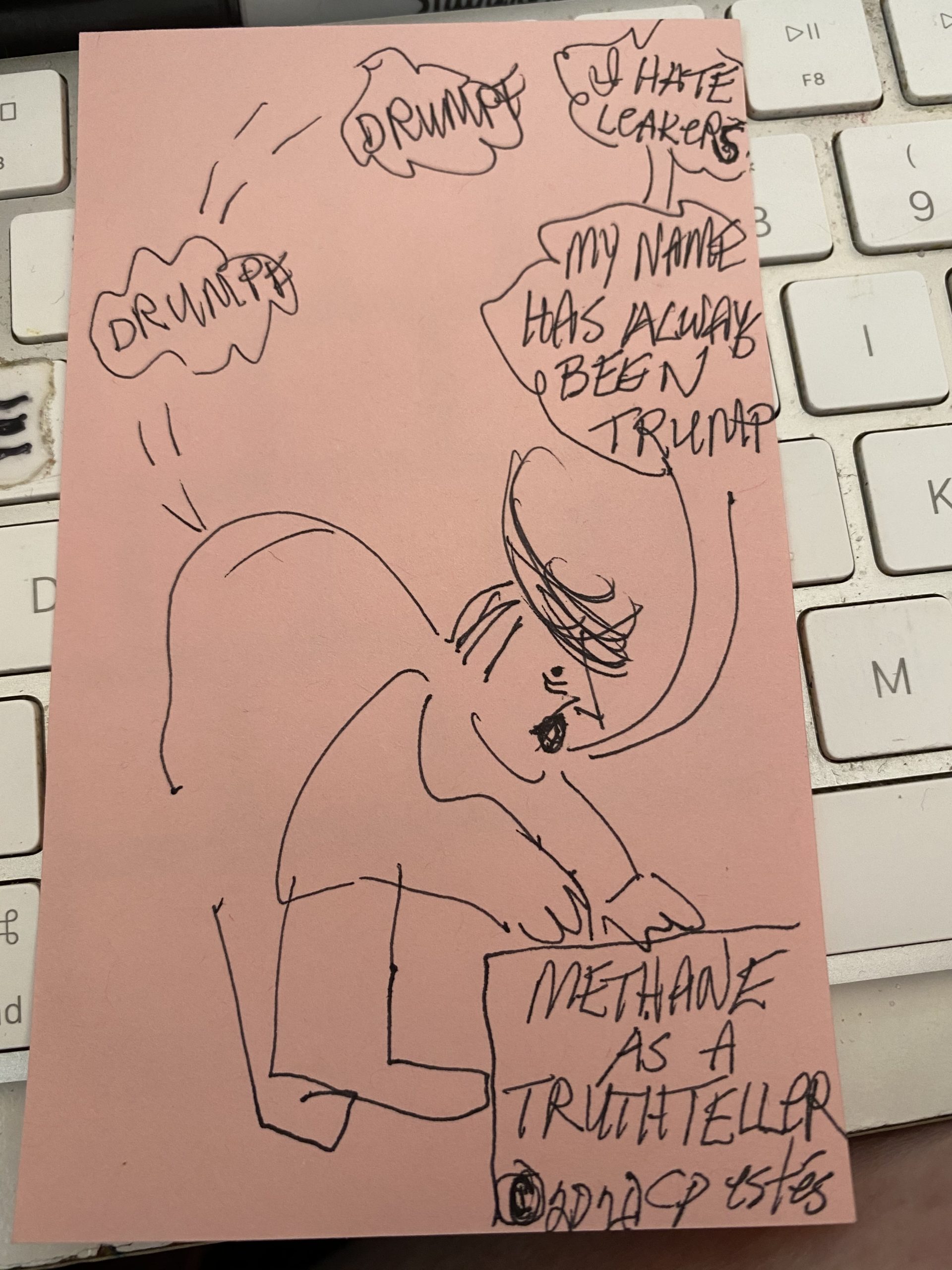 The King Has the Ears of an Ass

This is an old story my dad used to tell to speak about how peope who do heinous things, regardless of the one or ten things they did that were good, never are seen as dear ever again…

Once there was an ancient king who did bad things and had steep pride taller than the tallest mountain, in that he cared more about his hairdo than about the people [yes, this really is how the old story goes].

However, the bad king’s acts of theft and greed and neglect and marauding against the populace continued to the point that finally the gods punished him —by giving him the ears of an ass.

Two long ears that towered and twittered in the air when he walked. The king promptly clapped a hat over his head that became his trademark rather than his now thrown aside crown.

In an effort to keep his ass-ness a secret from all, the king swore his barber to utter secrecy, so that the barber had to continue to pile and fabricate the king’s hair even higher to hide his ass ears.

But keeping the secret almost made the barber go insane. While the king walked about with his towering hair-do wobbling and hiding his donkey ears, the barber just had to tell someone, anyone, the secret or else the barber felt he would explode.

After that the barber just sat there in the dark for a while, so exhausted but relieved of the weight of carrying this horrible secret– and feeling he had escaped the punishment he would have received had he told a living soul. He covered over the hole with dirt and then wended his way back home just as the dawn was rising.

Always has, does now, may ever be so –that one does bad deeds relentlessly, and hides that though they accuse others as ‘life being unworthy of life’, they themselves have a low nature –that they are helpless to hold their fatal flatulence in, to keep themselves from unleashing a nauseous stink and tremendous injury to others, with their crooked pronouncements and vile deeds lingering in the air forever after.

My father grew up in an old world serf-vassal relationship in farming, he and his family being the serfs –who ever have a keen sense of justice re the actions and words of the ‘knight’ or ‘landlord’ who governs them.

Dad used to say many things that came from the experiences of living in the aftermath of invasions and wars, such as ‘If you want peace, never give a king an army,’ and that ‘A kingdom’s people and headsmen and headswomen have to remain alert to what is hidden yet threateningly true.’ ‘Evil wears a nice suit or rags. Either way, it is still evil.’ That ‘What is preposterous indecency cannot be tolerate by decent people.’ That ‘harms to others cannot be allowed; the peasants have to move to sever the reigning power that brings injustices, mangling and death to the innocent’.

************As a small aside: In the case of Donnie Drumpf, Drumpf being his German grandfather Freideric’s surname [and also a variation pofmp dumpff, dompf, tomp, tdrumf, and others names rising, some speculate, in the 17th century in Germany] Drumpf is a name that Trump has not been favorable to, and initially when asked about his family surname, tried to say he knew nothing about it etc.

Mary Trump says he loathes to be called Donnie/ Donald, I imagine because he wants to be called “president.” But also, just as another aside, Donnie and Donald, at least in grade school and high school, was often mocked [some kids can be so cruel] as DonKEY, and DoNUT and other not very nice names.

Lots of people change their names, movie stars of Hollywood’s Golden Age, persons running from the law or debt, people who just don’t like the way their name[s] sounds, or how others mispronounce it, or in order to try to hide their pecadillos or to try to hide from being a target of persecution, or because some dim immigration official wrote it down wrong at the frontier.

Just to say the stink over our land has actually finally awakened many many. The ass ears are seen by many many regardless of the instructions to the barber to disguise them with more and more outrageous fabrications…

Now, the very ground cries out the truths, that cannot now be unseen, nor unheard. Oddly the name ‘drumpf/ trump’ means to drum or trumpet. Fittingly the reeds are also wind instruments ‘trumpeting’ the truths across the land.

Heartened that so many have already voted in the coming presidential election in advance of November 3rd, 2020. May all votes be treated as sacrosanct and counted fairly, for we have seen, for some persons often for the first time, clearly, voter suppression is not only of Jim Crow, it is of a king and his minions who have the ears of the ass.

“The King Has the Ears of an Ass” story ©2020 a/r/r by c.p. estés, excerpted from La Curandera, forthcoming from Texas A&M University Press.