Categories Menu
Home » Science & Technology » Can needed chemicals be made without crude oil?

Can needed chemicals be made without crude oil? 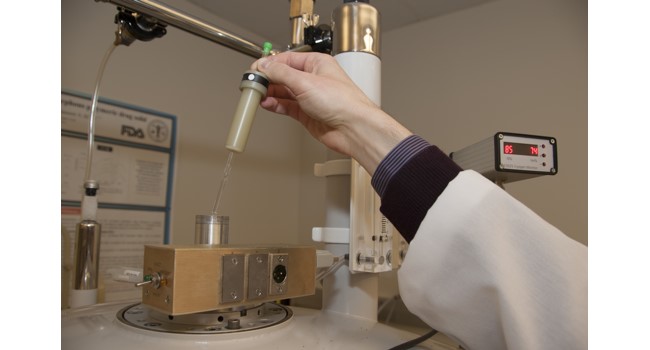 Science magazine is a publication of the American Association for the Advancement of Science. Through the magazine, the AAAS asks an important question:

Can the world make the chemicals it needs without oil?

Here is the beginning of the AAAS report with that question as its title:

“Black, gooey, greasy oil is the starting material for more than just transportation fuel. It’s also the source of dozens of petrochemicals that companies transform into versatile and valued materials for modern life: gleaming paints, tough and moldable plastics, pesticides, and detergents. Industrial processes produce something like beauty out of the ooze. By breaking the hydrocarbons in oil and natural gas into simpler compounds and then assembling those building blocks, scientists long ago learned to construct molecules of exquisite complexity.

Fossil fuels aren’t just the feedstock for those reactions; they also provide the heat and pressure that drive them. As a result, industrial chemistry’s use of petroleum accounts for 14% of all greenhouse gas emissions.”

In the article, the author describes the renewable ways that scientists are trying to produce the electricity needed to create chemicals.

The author also reveals the drawbacks to the renewable sources of electricity:

HOW QUICKLY THE VAST chemical plants sprawling over the world’s industrial zones will shift from fossil fuels to green power is a matter of debate. Nate Lewis, a chemical engineer at Caltech, says the transition will be slow. One major hurdle, he notes, is that renewables are intermittent, meaning chemical plants relying on them will be inefficient. Economists capture the idea with a measure called the capacity factor, a ratio of a plant’s output over time compared with what’s theoretically possible. Fossil fuel–powered chemical plants can run around the clock, although downtime for maintenance and for other issues typically reduces their capacity factor to about 60%. But the inputs to a plant powered by renewables themselves have low capacity factors: Wind and hydropower typically come in just under 50%, and solar drops to below 25% because of nighttime and cloudy days. “Your full capacity is only being used for a few hours a day,” says Harry Atwater, a chemist at Caltech and head of the Joint Center for Artificial Photosynthesis, a solar fuel collaboration among Caltech, Lawrence Berkeley National Laboratory, and other institutions. The upshot, Lewis notes, is that any plant powered by renewables would take longer to make a profit, making investors reluctant to back such projects.

Even if chemical plants can get electricity from renewable sources, there is still the matter of creating plastics without the use of fossil fuels.

From Gizmodo, 17 February 2012: “When our oil supplies run out, it won’t just be fuel for our cars that dries up. Everything you own that’s made of plastic has been made using the black gold and, until now, there’s been no other way to create it. Fortunately, scientists can now produce plastic from plant matter, which could massively cut our dependency on oil.”

The Gizmodo article describes the making of bioplastic. National Geographic explains what it is:

“Bioplastic simply refers to plastic made from plant or other biological material instead of petroleum. It is also often called bio-based plastic. It can either be made by extracting sugar from plants like corn and sugarcane to convert into polylactic acids (PLAs), or it can be made from polyhydroxyalkanoates (PHAs) engineered from microorganisms. PLA plastic is commonly used in food packaging, while PHA is often used in medical devices like sutures and cardiovascular patches. Because PLA often comes from the same large industrial facilities making products like ethanol, it’s the cheapest source of bioplastic. It’s the most common type and is also used in plastic bottles, utensils, and textiles.”

Although bioplastics can be produced, they cannot yet be produced at a large enough scale to replace all of the plastics currently being produced from oil.

From Scientific American, 29 January 2014: “Most plastics are still made from oil sources, and that looks set to continue for a long time, barring a huge breakthrough that’s quickly scalable.”

Chemical companies are striving to produce bioplastics at a commercial scale.

Based in Italy’s Po River delta in the Italian north-east, biochemical company Novamont has opened the first plant in the world to make a chemical compound used in the production of plastics with renewable sources such as sugar and water.

The compound is called bio-butanediol and will be used primarily for biodegradable plastics for fruit and vegetable bags and shopping bags.

“Bio-butanediol is a highly-used chemical compound across different sectors like chemistry or electronics. It is consumed and used in a large amount of plastic products.

The big innovation here is the production of this compound by fermentation switching from a petrol-based chemistry to a water and sugar-based chemistry and thus much more environmentally friendly,” says Mater-Biotech Executive Director Stefano Dessi.

From The Irish Times, 29 January 2018: “So why are we not hearing more about the potential for bioplastics to replace petrochemical plastics? Well, it’s complex. The idea of bioplastics has been around since the 1920s and some have been commercially produced since the 1970s. The difficulty to date is that plastics made from renewable plant-based materials such as starch cost more to produce than oil-based plastics in a market driven by a low tech, high volume commodity produced cheaply.”

So, before one pulls the plug on all use of crude oil, one might want to figure out how to supply the plastics needed for critical uses – such as in medical equipment and medical supplies – and supply them in large enough quantities to make such oil-based plastics unnecessary.