Posted on September 5, 2022
You are here: Home / Featured / Can Andrew Cuomo politically survive? 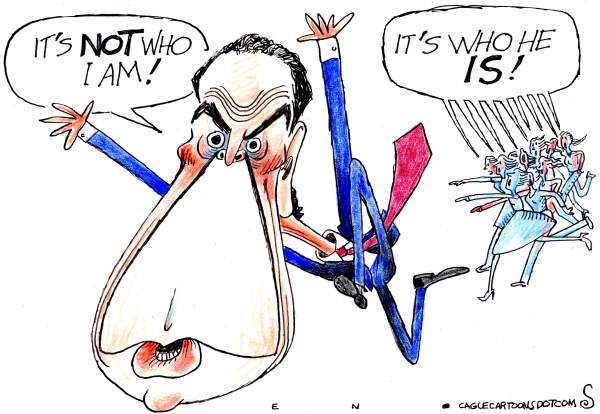 A bit of advice: if you’re a woman and work for Andrew Cuomo and he asks “What do you want for Christmas?” don’t say “A Christmas goose.”

The firestorm continues to rage over the New York Attorney General’s report detailing and documenting sexual harrassment allegations against New York Governor Andrew Cuomo, a political figure who at the height of the Corona-virus pandemic became so popular some pundits called his admirers “Cuomosexuals.” Top Democrats including President Joe Biden are calling on him to resign.

However The Bulwark’s always must-read Charlie Sykes makes a good case for it being difficult for Cuomo to look to how Republicans in trouble in scandals have toughed it out. In a post titled “The Post-Shame Politics of Andrew Cuomo” he writes:

The reaction to the Cuomo Report highlights the political/media asymmetry in our political scandals. Unlike Republicans with Trump, Democrats have turned en masse against Cuomo, who has no JimJordan/MattGaetz/LindseyGraham/RonJohnson/KevinMcCarthy claque to rush to his support. Democrats have decided that he is now a political liability and seem anxious to jettison him before the 2022 election.

Perhaps more important: he has no equivalent of the right-wing echo chamber that will rush to his defense. There will be some inevitable whataboutism about Trump and Matt Gaetz, etc., but there is no talk radio/Fox News ecosystem that will cast him as the victim.

In contrast to the fanboy defenses of Trump on Fox, the tone of MSNBC’s commentary on Cuomo yesterday ranged from disgust to outrage.

Cuomo’s survivability also ultimately hinges on the nature of the allegations against him…. If Cuomo refuses to resign, he will likely be impeached by a legislature that seems eager to be done with him.

Even if he does resign, he faces possible criminal investigations and indictments.

This is a rubicon moment – his allies have been waiting to see if unions would hold. https://t.co/E2neFbrbzy

Meanwhile, there is a simmering side issue that could further play out involving his brother, CNN anchor Chris Cuomo. Details are coming out about how the younger Cuomo advised his brother the the sexual harrassment allegaions. Will CNN bigwigs give him a pass? Will he still retain his ratings or will they begin to slip?

CNN executives must have lots of regrets about the segments that run during the pandemic when anchor Cuomo would have his brother on for segments that didn’t resemble journalism or a news show and looked more like happy talk from a daytime series. These sessions obliterated a norm for broadcast journalism, just as surely as Donald Trump obligerated some norms.

The report was also bad news for one member of the press who has covered Cuomo: his brother, Chris, who is a star anchor on CNN. In May, the Washington Post reported that Chris privately advised Andrew on his response to the sexual-harassment allegations, at one point referring to them as “cancel culture”; the report confirmed that Chris was among a group of advisers that had “ongoing and regular” discussions with Andrew, and reproduced an email chain that appears to show Chris helping to draft a statement on Andrew’s behalf. (“Sometimes I am playful and make jokes… You have seen me do it at briefings hundreds of times.”) After the Post story dropped, Chris apologized and admitted that his involvement was inappropriate, though he also described himself as “family first, job second.” CNN declined to discipline Chris; the network noted, in a statement, that he hadn’t been involved in the network’s “extensive coverage” of the scandal, in part because “he could never be objective.” As many critics pointed out at the time, a lack of objectivity didn’t seem to concern CNN last year, when Andrew’s stock was high and he appeared regularly on Chris’s show to discuss important stories like COVID and who was mom’s favorite. (The network said it made a brief exception to longstanding rules preventing Chris from covering Andrew, on grounds of “significant human interest.”) As with Andrew’s briefings, a TV format that was hot last spring has come to look grotesque.

Yesterday, CNN again covered the Andrew report extensively. Chris’s involvement was mentioned a handful of times on air, and only then as a limp disclosure that he was interviewed for the report “as someone who reached out and talked to his brother as this crisis was unfolding.” Last night, Cuomo himself came on air and didn’t mention Andrew at all. “We’re focused on COVID here,” he said, opening his show. This was surely an attempt to separate church and state, but it’s worth remembering that COVID coverage is actually central to the Andrew-Chris nexus; as outlets including the Albany Times Union have reported, Andrew secured preferential access to COVID testing for Chris and other relatives in the early part of the pandemic, when tests were scarce for the general public. This revelation has, understandably, received less attention than the conflict of interest around the harassment allegations. While CNN called the latter a “mistake,” the network defended Chris’s testing access, noting that he caught COVID early on and “turned to anyone he could for advice and assistance, as any human being would.”

The big problem here, aside from basic fairness, is that when Chris got sick, he presented himself as something of a COVID everyman, and won lavish praise for doing so. Every man could not, of course, get a COVID test off his brother, the governor. Taken together, Chris’s testing access and harassment advice reveal a fundamental inconsistency in his show’s self-conception. He is, it seems, permitted to present himself as an average Joe who’s looking out for his family, and an opinionated motormouth, and an “objective” journalist as it suits him. But when you’re related to a powerful politician, these various identities will have very different ramifications for the credibility of your coverage; you can’t simply shuffle between them and expect people to take you seriously. According to CNN’s media reporter Brian Stelter, some staffers at the network expressed sympathy for Chris yesterday, on the grounds that “no one chooses their family.” The world is going to need a much smaller violin.

Not that the sympathy was universal. Yesterday, various journalists called on CNN to fire Chris; one CNN staffer even told BuzzFeed that the network’s failure to do so is “a disgrace to journalism.” It doesn’t seem, for now, like there’s much chance of that changing: a former CNN employee told BuzzFeed that “the more prominent you are” at the network, “the less the rules and discipline apply to you,” and that Jeff Zucker, CNN’s president, “has made it clear that he has Chris’s back no matter what.” Andrew might not be so fortunate: he’s made it clear he doesn’t want to quit as governor, but the walls are closing in fast, and his political allies have abandoned him en masse—including, late yesterday, President Biden, who said Cuomo should resign. Biden was pressed for his views at a press conference. As CNN repeatedly reminded its viewers, it was the network’s White House reporter who doggedly solicited them.

Go the link and read the post in its entirety.

If Cuomo does not resign, 59% of New Yorkers say he should be impeached https://t.co/Mml9BM5373