Posted on January 11, 2021
You are here: Home / Featured / Biden readies the anti-Trump presidency: back to a pre-Trump era 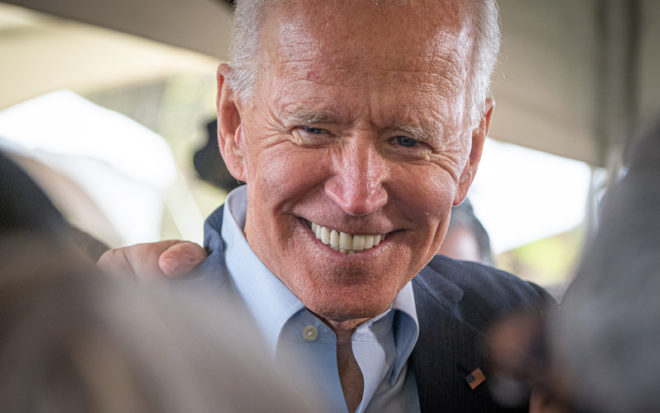 As the United States hits a record two million new coronavirus cases in two weeks, President-elect Joe Biden is preparing the anti-Trump presidency while President Donald Trump is preparing to go out with a slew of new controverisial executive orders. All happening within the context of a seeming shake-up in the broadcast news media’s dominant networks.

Biden has prioritized experience and solid policy nominees over big names in most of his cabinet choices so far. The Biden camp has made it known for some weeks now that a major part of 2020 will deal with rolling back Trump’s many executive orders, and according to a report by ProPublica, Now Trump seems to be working overtime to put in a batch of new ones.

This includes death by firing squad.

Six days after President Donald Trump lost his bid for reelection, the U.S. Department of Agriculture notified food safety groups that it was proposing a regulatory change to speed up chicken factory processing lines, a change that would allow companies to sell more birds. An earlier USDA effort had broken down on concerns that it could lead to more worker injuries and make it harder to stop germs like salmonella.

Ordinarily, a change like this would take about two years to go through the cumbersome legal process of making new federal regulations. But the timing has alarmed food and worker safety advocates, who suspect the Trump administration wants to rush through this rule in its waning days.

Even as Trump and his allies officially refuse to concede the Nov. 3 election, the White House and federal agencies are hurrying to finish dozens of regulatory changes before Joe Biden is inaugurated on Jan. 20. The rules range from long-simmering administration priorities to last-minute scrambles and affect everything from creature comforts like showerheads and clothes washers to life-or-death issues like federal executions and international refugees. They impact everyone from the most powerful, such as oil drillers, drugmakers and tech startups, to the most vulnerable, such as families on food stamps, transgender people in homeless shelters, migrant workers and endangered species. ProPublica is tracking those regulations as they move through the rule-making process.

Every administration does some version of last-minute rule-making, known as midnight regulations, especially with a change in parties. It’s too soon to say how the Trump administration’s tally will stack up against predecessors. But these final weeks are solidifying conservative policy objectives that will make it harder for the Biden administration to advance its own agenda, according to people who track rules developed by federal agencies.

“The bottom line is the Trump administration is trying to get things published in the Federal Register, leaving the next administration to sort out the mess,” said Matthew Kent, who tracks regulatory policy for left-leaning advocacy group Public Citizen. “There are some real roadblocks to Biden being able to wave a magic wand on these.”

According to the report, here are a few of the 26 changes Trump will shove through:

Joe Biden has already kept his first promise — his approach to the presidency will be a top-to-bottom repudiation of the behavior, policies and obsessions of President Donald Trump.

The President-elect is building his administration on old-fashioned notions that facts matter, that commanders-in-chief must project stability, that Cabinet officials need experience and expertise, that a fractured nation is governable and that the world wants the US to lead.

In restoring a more conventional version of the presidency, Biden is using his mandate to counter the political forces that led to Trump’s rise and which still delivered more than 73 million votes to the President, albeit in a losing cause.
His Washington restoration is not without risk, and is already coming into conflict with Trump’s blend of nihilistic conservatism that is likely to dictate the Republican Party’s strategy even when he has left the Oval Office.

His overarching point is this: the American people, after watching chaos, nepotism and anti-intellectualism in government amid a pandemic that killed a quarter million of their fellow citizens and as the US turned its back on its friends abroad, now just want people who know what they are doing and don’t make too much noise doing it. Each of his nominees highlighted on Tuesday from Thomas-Greenfield, who is Black, and Homeland Security Secretary nominee Alejandro Mayorkas, who is Hispanic, represent individual departures from Trumpism in personality, background and qualifications.

Multilateralism, diplomacy, quiet competence, scientific rigor, inclusivity, collegiality between top officials, respect for civil servants, the intelligence community and a welcome for immigrants are in.

….The sharp turn that America will take on Inauguration Day on January 20 reflects the stark choice that was before voters on November 3 — which has been only made more clear during Trump’s subsequent attempt to steal the election. It also underscores the elasticity of an American political system that has the ingrained capacity to counter the excesses of its leaders and often produces presidents who are the opposite of their predecessors.

And as Biden the reality of Biden about to take the wheel as President here’s the worst news yet for Donald Trump:

Trump says 2020 “”is a long way from over” but you can already see some shifts on many fronts. Including among key influencers of 21st century American politics: cable news networks, where news is often accompanied by big doses of personal political opinion often called “political entertainment.” CNN is rising. Fox News, blasted by Trump for putting on Democrats and not getting with his the-election-is-not-over campaign, is slipping. Clearly, Trump supporters (i.e. many Republicans) have taken his advice and switched to the other two conservative network upstarts rather than sticking with Fox.

CNN swept total day and primetime ratings on Monday in the coveted 25 –54 age demographic, as MSNBC was the most-watched network in both dayparts. Monday’s results also marked a rare, notable shutout of Fox News from the top spot in all four of the main audience demographics.

Rounding out the top five in the primetime demo, Tucker Carlson Tonight attracted 566,000 viewers while The Rachel Maddow Show pulled in right behind with 559,000.