Who Is the Georgia ‘Spoiler’ and What Now?

Posted on November 8, 2022
You are here: Home / Breaking News / Biden meets Xi from a modest position of strength following midterms 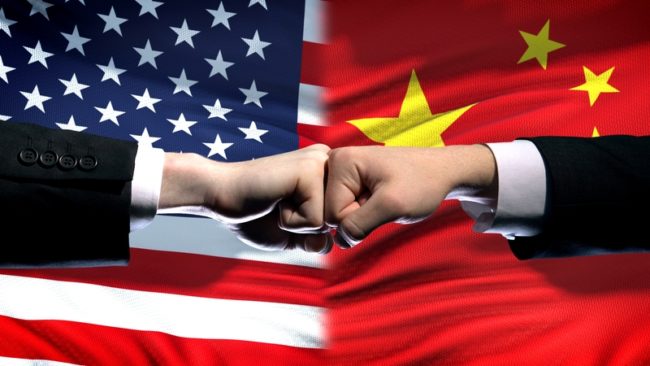 Joe Biden will meet his redoubtable adversary China’s Xi Jinping today for the first time as President from a modest position of strength following the unexpected endorsement from American voters in the mid-term elections. His banner has risen partly because he scored the best results for an incumbent President’s party in over two decades.

But the trust he needs from his partners in Asia to stand a little taller when he greets Xi in Bali, Indonesia, is not yet in his grasp. The verdict he got from mid-term voters is like a coin standing on edge. It illustrates the continuing polarization of US politics and a President who has been unable to make a start to unifying enough Americans behind his domestic agenda. That says he has not yet won the trust of American voters either.

Biden has said he wants to set red lines and guardrails in US-China relations going forward. But Xi’s interests in his thoughts will depend largely on his assessment of Biden’s strength and longevity in the context of domestic American politics. Although foreign policy issues are usually not influential in the mid-terms, the results do indicate that the bipartisan support for his get-tough policy towards Xi’s ambitions for China is likely to remain strong.

But for China’s neighbors in Southeast Asia that tough attitude is worrisome. Most of them would prefer a less combative Biden, especially as regards the trade and investment barriers he wishes to raise to contain China’s growing power as a high-technology innovator and an investment and military giant with global ambitions.

All are wary about Xi’s coercive behavior towards them but exports to Chinese markets and inward investments to their economies are vitally important for them. Now, the central question is whether Biden will work to rebuild some trust with Xi or continue to place the imperatives of US domestic politics above others as he prepares the terrain for Democrats and himself for the 2024 presidential elections.

US foreign policy has usually placed America’s political, economic and security interests first even when asking Asian partners to sacrifice some of their own interests to back US desires on handling China and the Indo Pacific. This tendency will become stronger since Biden’s recent security and defense strategies confirmed that Xi’s China is an adversary seriously challenging the US rather than a competitor. In consequence, he has announced additional barriers to slow down Beijing’s rise by almost cutting off semi-conductor and artificial intelligence technologies to China.

In Beijing, these curbs are seen as acts of economic war and many Asian neighbors do not disagree. They fear Biden’s secondary and other sanctions to punish any of their enterprises and governments that sell high-tech goods to China containing American inputs, software or technologies. This is a painful and credible threat because they could potentially be banished from the US dollar banking system and be unable to raise investment from Western banks.

It is true that the expected decisive no-confidence vote in Biden failed to materialize at the midterms. Republicans did not perform as well as expected but were not clearly defeated and will pour more sand in Biden’s wheels. He is a little stronger but the rest of his term is likely to a harder struggle. That feeds the expectation in China and Southeast Asia that he is not a sound bet especially as there may be significant upsets in 2024 because of sharpening political polarity, which would make Washington an unreliable friend in the medium and longer terms. It is also too far away while China belongs to their geography.

In contrast, Xi is stronger politically than he has ever been with an unprecedented third five-year term as supreme leader and his grip over the Chinese economy and military is the tightest for decades. Defiantly, he declared last month that no adversary will be allowed to bully and coerce China, in a reference to Biden’s America without naming it. He told China’s military to train intensively for victory in war, probably referencing Taiwan and Beijing’s repeated border skirmishes with India, which is now an informal US ally.

Many experts in the US, Europe and Asia think that relations between the US and China are at their lowest currently. They could crater if Kevin McCarthy, who is expected to be speaker of a new Republican Congress, makes good on his declaration to visit Taiwan soon. Coming on the heels of Democrat Nancy Pelosi’s visit earlier this year that would demonstrate bipartisan determination in Congress for a bare-knuckled political confrontation with Xi over Taiwan, whatever be Biden’s attempts to build bridges today and later.

The good news is that American democracy has held in the mid-terms and should continue to hold since former President Donald Trump is the main loser and may fail the primaries if he runs in 2024. To that extent the resilience of democracy over Xi’s authoritarianism has given the lie to detractors in China.

But Xi will not soften because he is challenged by Biden’s remarkable bipartisan victory, the recent CHIPS Act, which provides hundreds of billions of dollars to boost US high-tech, especially semiconductor manufacturing. He apprehends that a Republican Congress could worsen this blow by fleshing out the Act’s details to include a screening process for outbound US investment, set new ground rules for Chinese investment in the US, and tougher secondary sanctions for other countries trading with China.