Posted on July 21, 2021
You are here: Home / Featured / Barbie has been vindicated. Mathematicians are nuts. 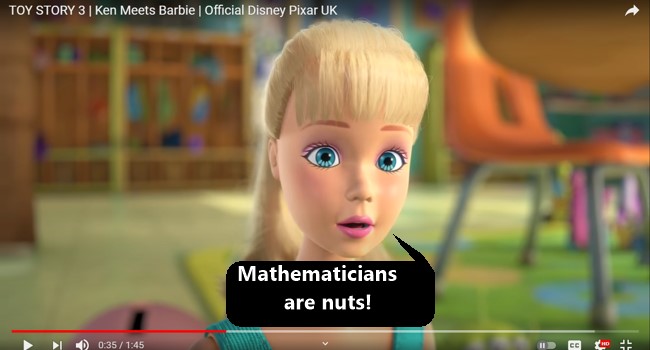 Poor Barbie was severely rebuked when she dared to say, “Math is hard.”

Now, she has been vindicated. As it turns out, mathematicians are nuts.

Mathematicians do not agree on what the correct answer is.

A British math teacher who calls himself the “Ginger Mathematician” studied math at the University at St. Andrews. He insists that 8÷2(2+2)= 1.

Dr. Bazett refuses to answer 6÷2(1+2) because it is poorly written just like 8÷2(2+2). However, he points out that some people read into the equation so-called “implied brackets” that aren’t actually written in the equation.

Presh Talwalkar studied Economics and Mathematics at Stanford University. According to him, 6÷2(1+2) = 9 even though some people insist that 6÷2(1+2) = 1.

“And while it’s not the correct answer today, it would have been regarded as the correct answer 100 years ago. Some people may have learned this other interpretation more recently too, but this is not the way calculators would evaluate the expression today.

Historically the symbol ÷ was used to mean you should divide by the entire product on the right of the symbol.

(Important: this is outdated usage!)”

Yes, in some schools/universities, math students are being taught outdated math.

Apparently, outdated math is not uncommon in the UK.

Would British citizens really cling to something outdated?

Well, see for yourself: 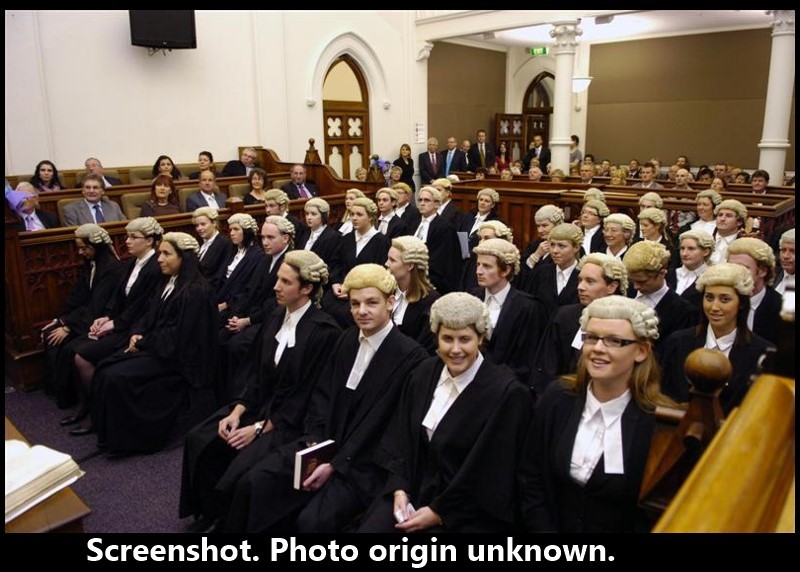 Either modern-day British judges and barristers all have syphilis and/or head lice, or they are clinging to a custom that is outdated and unnecessary.

Disclosure: This blogger isn’t a mathematician, but he is nuts … or so he has been told.