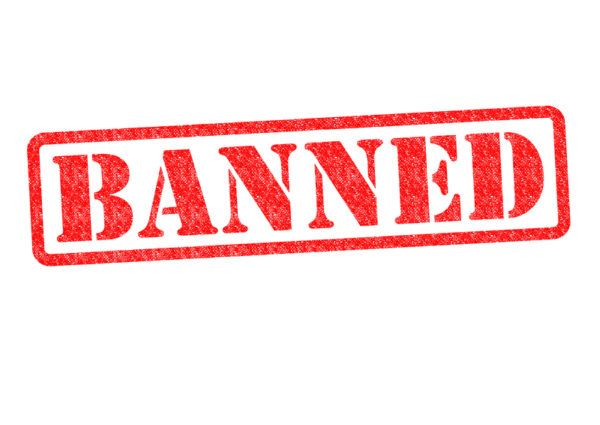 If you’re a political and media junkie, you know one truth: your head starts to spin after a while due to obnoxious, trite and overused phrases that have invaded and are now embedded in our culture. But they’ve also permeated every day life, with nothing to do with politics. Here are some phrases as welcome as chalk scraping on a blackboard or waiting in line at the DMV.

2. “Way to go.” Precisely when was “That’s the” dropped before the “Way to go”? What I mean? Have noticed this in recent years. You can’t say it’s people economizing words, since people still say “in harms way” (in danger), “shots in arms” (versus shots but perhaps they want to make sure you don’t think it’s shots in the butt, ear, nose or belly button.) And a law enforcement officer once said: “The invidual was sitting in his vehicle drinking a beverage” which, translated is, the guy was sitting in his car drinking a beer.

3 “A defining moment.” Says who? Some self-important analyst, political reporter, ideological blogger? How does this supposedly wise person, who can tell us now how this will define someone’s life or history, know it is a “defining moment?” Do they have a crystal ball? Pundits love this trite phrase. Now, when I have a pizza from Pepe’s Pizza in New Haven, THAT is a defining moment.

5. “He just doesn’t get it…” That often means someone won’t go along with the speakers’ partisan or ideological spin and/or sees things differently.

6. “Singing Kumbaya…” This suggests someone who is ideologically trite, conjuring up images of people sitting around a campfire with their arms around each others’ shoulders, swaying as they sing a song suggesting peace and love can change the world. Puh-leze: retire this phrase with all your scratched up and overplayed folk song vinyl records.

8. “The Mushy Middle.” Partisans love to use this phrase, but when the “mushy middle” supports their beliefs, then suddenly the middle is perceptive, thoughtful, principled, important and brilliant. Most often used by ideological political hacks. FYI: the middle is not monolothic in terms of where it stands. There are divisions. Those who use the “mushy middle” usually have “mushy” intellects.

9. “DE-fense and OFF-fense.” Used in sports. So does this mean we have a federal Department of DE-fense? Do you find this OFF-fensive?

10. “Virtue signalling.” This is one of the more odious phrases that has become popular over the past several years. It suggests that if someone says something they don’t really mean it but are trying to show they are virtuous. That could be the case in some cases but in the most instances where you see it used it is quinessential American 21st century politics. The phrases suggests the person accused of “virtual signalling” may not mean what he/she/it says and/or may be an outright liar. Fact: someone can make a statement and truly, passionately believe it. But American politics is now less about issues and real discussion and debate than about discrediting those who think differently than you do. “Virtue signaling” is often “hack signaling” by someone who can’t or won’t offer an unemotional counter -argument.

11. “The liberal media…The conservative media…” Most media outlets separate opinion from their news gathering operations. Reporters and editors are often diverse politically. Liberals and conservatives blast the media when they don’t like its content, then quote it and praise it to the hilt when they like its content.

12. “Get out the popcorn”. If I rubbed a lamp and a genie popped out I’d use my wish to remove this horrible overused phrase that isn’t only written, or spoken but appears in some videos. For variety’s sake, why not say “Get out the bagels.”

13. “Let me get this straight…” Extremely trite and tiresome. Cut it out and an argument is stronger.

14. “Thanks for having me.” If you watch cable news shows you’ll hear this phrase over and over by guests on all networks. Let me get this straight (OOPS!) the host is your father or mother? How long did that pregnancy last? Was it a caesarean delivery?