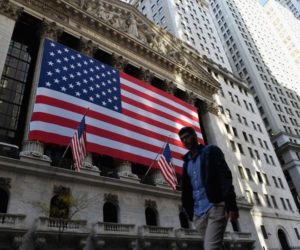 Posted on November 24, 2020
You are here: Home / At TMV / An Israeli Strike Against Iran: In the Spring, in Eight Days, in Three Days? (UPDATED)

We have all read and heard about the Iranian nuclear program and its possible capability to produce nuclear weapons; about the diplomatic, economic, and other ongoing efforts to get Iran to come clean on its nuclear weapons intentions; and about the threat such a capability would pose to Israel and to world peace.

We have also seen reports about the possibility of an Israeli preemptive strike against such Iranian nuclear facilities and capabilities.

This is how I started an article on the possibility of an Israeli “first strike” against Iran’s suspected nuclear weapons installations “way back” in March 2009.

A little farther into the article, in response to the question, “What is the time frame for such an attack?” I quoted a study by the reputable Center for Strategic and International Studies (CSIS), released shortly before then.

The Israeli time frame as to when Iran will have a Nuclear Weapon is between 2009 and 2012, whereas the U.S. time frame is after 2013. Israel states that Iran should not be allowed to obtain any nuclear capabilities that could eventually allow it to produce nuclear weapons. Israel views Iran as an Existential Threat and must be dealt with in the immediate future.

Fast forward to August 2010. Not only has the speculation about such a strike intensified, but the time frame for such an attack has been compressed significantly.

In a lengthy cover story in the September issue of the Atlantic, Jeffrey Goldberg presents the following timeline and scenario, after discarding other possibilities:

What is more likely, then, is that one day next spring, the Israeli national-security adviser, Uzi Arad, and the Israeli defense minister, Ehud Barak, will simultaneously telephone their counterparts at the White House and the Pentagon, to inform them that their prime minister, Benjamin Netanyahu, has just ordered roughly one hundred F-15Es, F-16Is, F-16Cs, and other aircraft of the Israeli air force to fly east toward Iran—possibly by crossing Saudi Arabia, possibly by threading the border between Syria and Turkey, and possibly by traveling directly through Iraq’s airspace, though it is crowded with American aircraft.

Goldberg adds, “In these conversations…the Israelis will tell their American counterparts that they are taking this drastic step because a nuclear Iran poses the gravest threat since Hitler to the physical survival of the Jewish people…They will tell their American colleagues that Israel was left with no choice. They will not be asking for permission, because it will be too late to ask for permission.”

One day next spring?

How about one day next week.

How about in the next three days.

According to the former US envoy to the United Nations, John Bolton, and as of this past Monday, Israel had only eight days “to launch a military strike against Iran’s Bushehr nuclear facility and stop Tehran from acquiring a functioning atomic plant.”

But on Tuesday, Bolton told Israel Radio that “Israel has only three days to strike before Russia ‘begins the fueling process for the Bushehr reactor this Friday,’ after which any attack would cause radioactive fallout that could reach as far as the waters of the Persian Gulf,” according to the Jerusalem Post.

Bolton didn’t see any indication that an Israeli air strike would take place in the immediate future, but he said. “If Israel was right to destroy the Osiraq reactor, is it right to allow this one to continue? You can’t have it both ways.”

However, whether Israel launches a strike against Iran’s nuclear facilities tomorrow, or next spring—or never—the probability that the Israel Defense Forces have detailed strategic and operational contingency plans to take out the Iranian threat, both by IDF aircraft and by Israeli ballistic missiles, is one hundred percent.

Back in March, 2009, in its 114 page report titled, “Study on a Possible Israeli Strike on Iran’s Nuclear Development Facilities,” CSIS described such options in great detail, accuracy and realism.

For a summary of that study, please click here.

As rumors of an “imminent” attack on Iran continue (See “An Israel Attack on Iran Seems Imminent”), Iran took to the United Nations today to accuse and condemn Adm. Mike Mullen, chairman of the U.S. Joint Chiefs of Staff, and other U.S. officials and lawmakers of threatening to use military action against Iran under the “totally false” pretense that Iran is developing nuclear weapons.

According to the Stars and Stripes:

Mullen said earlier this month that the U.S. military has a plan to attack Iran, although he thinks a military strike is probably a bad idea. Still, he said the risk of Iran developing a nuclear weapon is unacceptable and he reiterated that “the military option” remains on the table.

Also, according to the Stars and Stripes, Iran’s Supreme Leader Ayatollah Ali Khamenei warned today that “Iran’s response to an attack would not be limited to the region, suggesting Iran would target U.S. interests beyond the Persian Gulf.”

“It’s unlikely that they (U.S.) will make such a stupidity (to attack Iran) but all must know that if this threat is carried out, the field of the Iranian nation’s confrontation will not be only our region,” Khamenei told state TV. “The area of confrontation will be much wider.”

The Obama administration, citing evidence of continued troubles inside Iran’s nuclear program, has persuaded Israel that it would take roughly a year — and perhaps longer — for Iran to complete what one senior official called a “dash” for a nuclear weapon, according to American officials.

White House officials said they believe the assessment has dimmed the prospect that Israel would pre-emptively strike against the country’s nuclear facilities within the next year, as Israeli officials have suggested in thinly veiled threats.

Read more about it here