Posted on October 14, 2020
You are here: Home / Politics / An Atheist Perspective of Our Current Illness(es) 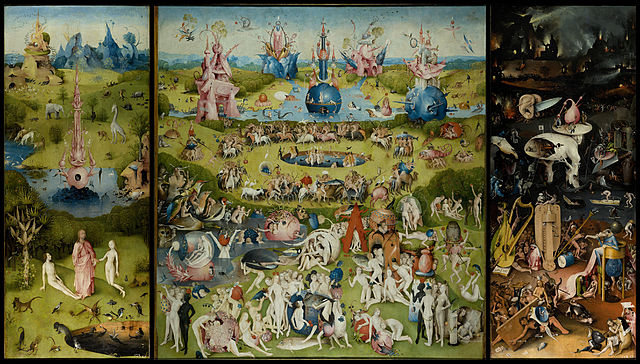 All the toxic monotheisms are ganging up on us: Passover, Easter and Ramadan are all on at about the same time like a perfect storm of nonsense. We’ve got the cross worshipers from Jerusalem, the book worshipers (also Jerusalem – what *is* it about that hot shabby city?) and the stone worshipers (Arabia) having their BIG DAYS at this time, a festival of evidence-free fairy tales from people who won’t or can’t grow up and believe Santa is still real. What can you DO with that?

Life for an atheist often feels like walking through an open air mental hospital: all the patients are milling around in a courtyard with beards, turbans, crucifixes and the like and they’re spinning, twirling, kneeling, keening, bending, singing, whipping themselves, avoiding vaccines, burning books, davening and pushing “their” women to the back of the hospital where the women are variously pummeled or just trussed and silent, raped and pregnant against their wills in black cloth bags. And that’s the moderates.

Many are *still* physically huddling together in this Corona-time – protected “by their faith” and “the blood of Jesus”, singing and coughing all over each other. You know – doing their bit. The viral infection spreads from these vectors that are “faith community” events as touched on in an earlier article: modern shtels of “hat” Jews, crazed Islamic cult festivals in India and Malaysia and of course our own Christians. .

The mental patients – “the faithful” which comprise 80% of humanity – are all armed to the teeth so imagine the atheist here is a doctor or orderly having to navigate through the path of the shouting, singing and muttering. With one political party in particular’s help they make the laws we all have to live by.

It is easy to feel ill at ease in this mental hospital because at 20% atheists are very outnumbered. Who is “behind” the atheists? Well, another atheist hopefully. But who is behind the religious inmates? More crowds of fanatics armed with guns, tanks, nuclear bombs. (Iran/Israel). Be introduced to the faith community: moving human civilization backwards for over two thousand years. Consider the fact that “detached from reality” is the very definition of psychosis.

Imagine you’re in the 20% of humans in the higher IQ range, because psychometrically religiosity tracks with IQ, who see through this madness and the evil of arranging our moral or societal architecture around Iron Age fairy tales. We note their calls to genocide, racism, sexism, clitoradectomy/FGM, *slavery* (true: slavery, see Leviticus and the Koran, or ask ISIS), unwanted pregnancy on an impoverishing and emiserating mass scale, priest child rape and talking in tongues. Talking in tongues: Have you seen that? Witness the President’s Christian spiritual adviser millionaire Paula White here, or here.

THIS is what we’re dealing with. Admittedly that’s the sharp end but the “moderates” might be worse because they give cover to the fanatics.

And which particular magical beliefs we’re referring to matter: Imagine you’re going on a job interview, running for political office or meeting a proposed new parent-in-law. Armed with religion you can say: “Well, I attribute my success to my love of Christ!” and you’ll probably succeed, as opposed to “I attribute my success to me being a Sagittarius” – and you won’t.

The monotheisms are focused on pre-medieval values of cruelty, revenge and oppression which trigger neural rewards in the striatum of the human brain for “righteous punishment” and are obsessed with sex in a bad way. All three monotheisms turn the beauty of sexuality into something shabby, filthy and shameful, worthy of punishment and thus reduce human eroticism, flourishing and happiness by an immeasurable degree.

Why do they do this? Their books and ideologies are resoundingly intellectually embarrassing as texts or literature. Their motivations concern ancient goat herding tribal reasons written by people whose ignorance (of everything except possibly goats) we can’t even conceptualize. These “prophets” and unshaven old coots if they even existed knew almost nothing of any “—-ology” you can name. You will live your entire life and never meet anybody as ignorant as the committees which wrote the “Holy Books”. Sam Harris once noted a wheelbarrow would have been cutting edge tech in Biblical times.

And it’s THEIR words twisted and mistranslated hundreds of years later which we base our “morals” on? How does that NOT sound like a giant mental hospital?

Some conservatives, ever religion’s handmaidens, seem to have staked their line in the sand lately which is – and this one is Olympic quality – “corona denialism”. See Fox News, Breitbart, etc. until very recently.

Because now we have this virus which, like “SARS 1 the Original” (back in the “good old days” when it was a garage band, just starting out) was caused by similar evidence-free magical thinking: Traditional Chinese Medicine (TCM). The theory is these exotic animals tortured, mashed and slaughtered in “wet markets” have healing or medically beneficial powers: rhino horns for impotence, civet cats (SARS 1) for – and this is priceless – respiratory problems and bats presumably to help believers fly? Bill Maher who is a vaccine skeptic so should probably shut the hell up nevertheless made a good point about the morality of Chinese wet markets.

The above is not a “racist” conclusion given Europe and America have both cooked up a smorgasbord of unscientific medical frauds like homeopathy, chiropracty, osteopathy and the entire virtually useless vitamin and supplement industry. In this case though, with the animals, TCM has been a repeated threat to global public health.

The problem is not just the Big Three toxic monotheisms, either, indigenous magical thinking is similarly ludicrous. There’s a good argument put forward by primatologist and neurologist Robert Sapolsky that indigenous shamans are actually just schizophrenics – 1% of human populations everywhere whose communing with the dead, weird behavior and facsimiles of profundity are just raving mad delusions.

Which is not far from *our* faith community given that as Sam Harris puts it: if you believe that Elvis is a bread cracker you’re a crazy person but if you believe Jesus’ body is one you’re just a Catholic. And perversely entitled to the “free ride” and societal respect religion is afforded.

There’s a lot of that “free ride” about. Behaviors – many self-injurious pathologies which define various mental illnesses in the psychological manual the DSM are not counted as mental illness if done for “religious reasons”. Again faith skates. Further, increased or extreme religiosity are often clinical symptoms of schizophrenia, temporal lobe epilepsy and obsessive compulsive disorder. Sanity is not democratic: just because a LOT of people do it or believe in it doesn’t mean it is true or mentally healthy.

Richard Dawkins asks why these magical beliefs which are utterly without evidence or even historical accuracy are afforded such sacred diplomatic immunity from scrutiny, criticism or mockery.

You can criticize somebody’s beliefs regarding the skill of the Red Socks, the wisdom of trickle-down economics or the coolness of Lamborghinis but for some reason wild, irrational, and harmful *religious* beliefs are off the table? It resembles how we’re not allowed to tell little children the tooth fairy isn’t real when the joke is that historically speaking the tooth fairy is as real as Jesus probably was. This double standard must end along with religion’s immunity to taxation. If you doubt this check out the private jets of tele-evangelists at your local airport.

The harsher the religion the worse the blow back against the challenging of it. Blasphemy is a crime in 33 countries, twelve of them Christian. It’s worth noting that after the Charlie Hebdo massacre in Paris and the 1989 Salman Rushdie fatwa many Christian and Muslim defenders actually took the *murders’* side suggesting the cartoonists were in the wrong for “disrespecting faith”. Welcome to the Mental Hospital.

It’s a reminder that while Christianity has been somewhat defanged and castrated since the Enlightenment before it was, when religion reigned supreme, it was as vicious and intolerant as the Inquisition, the Crusades, Jihads and centuries of European witch burning. Before the Enlightenment these words you are reading now would have resulted in your correspondent – and you – ending up as just another smoldering burnt heretic.

“But what about religious charities?”

Caritas (Catholic Charities) do some good but no more good, and monetarily less, than secular outfits like microfinance lender kiva.org or Doctors Without Borders and DWB doesn’t force women to have as many babies as they don’t want thus impoverishing and emiserating a large part of the developing world. The charity arm of any religion is a loss leader, business wise, a public relations feint and like Hezballah in Lebanon (with its many charitable ventures it eclipses the Lebanese state) it is a means to exert political control over the poor and desperate to rob them.

Right now we see the “charity” of religion uptown from where this article is being written in a for-show field hospital – without any actual patients to date – in Central Park where Jerry Falwell’s (see hilarious takedown here ) “Samaritan’s Purse” started last month. It requires a pledge where all medics must assent to Falwell’s anti-LGBT agenda because as atheist Christopher Hitchens put it: the omnipotent creator of the universe is especially interested in what one primate species does with its clothes off.

Understand this is a critique of a set of values, myths and rules, not believers as *individuals*, just as one can hate tobacco smoke without hating smokers *personally*. Further, it is the various faiths’ adherents who are their most oppressed victims.

It isn’t bigotry because bigotry is hatred of a person’s immutable characteristics (gender, race, ability) which one can’t change. Objecting to a set of beliefs like fandom of the Red Sox or voting for trickle down economics is all fair game.

These are important points to consider as the lonely atheist based in science, rationality and *real* compassion tries to endure the mental hospital “faith” built.