Posted on September 13, 2021
You are here: Home / Politics / Coronavirus and Manhattan: “Live from New York!”….not so much 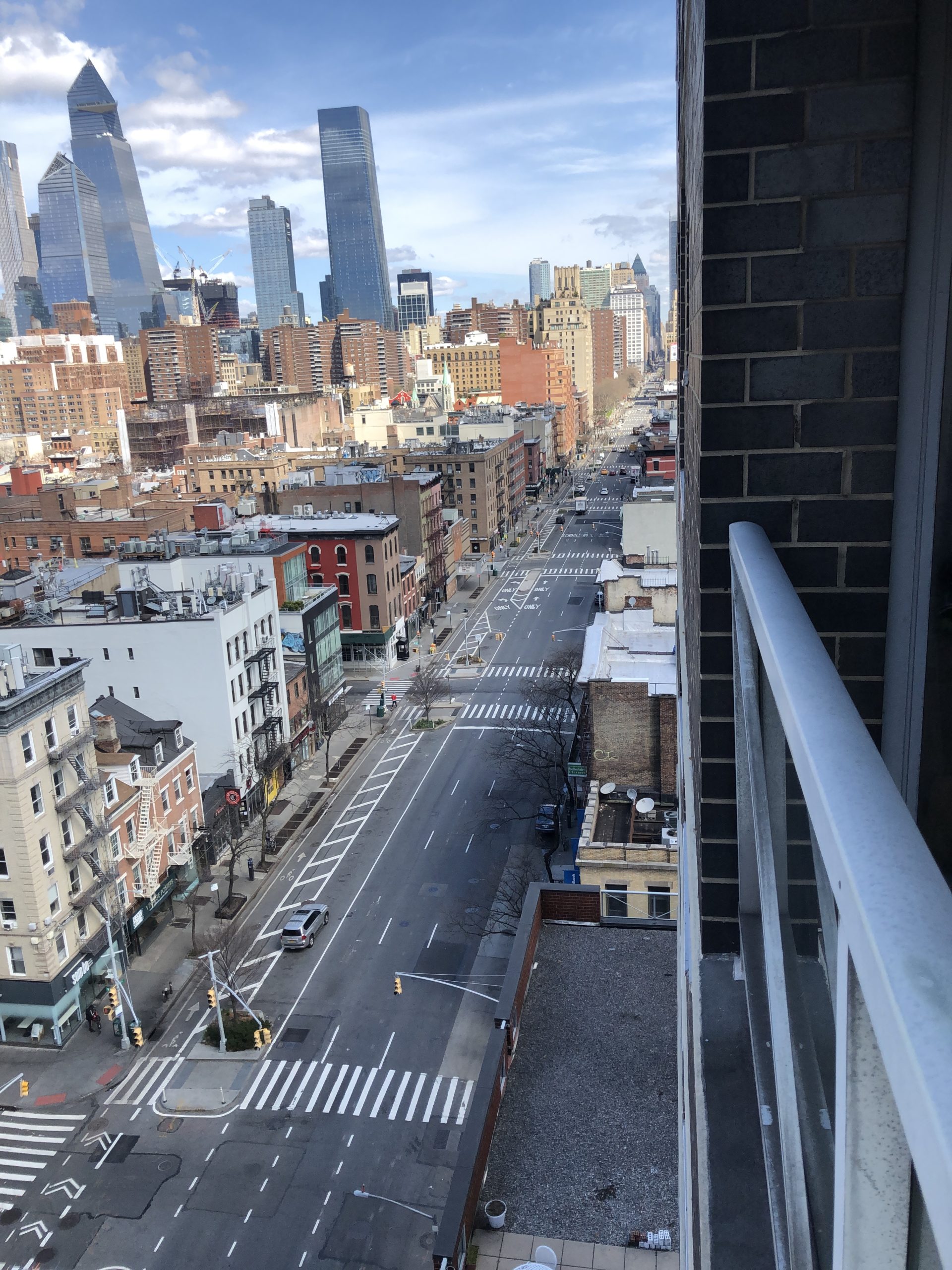 Oh yeaaah! New York City is NUMBER ONE – as usual. We’re used to being “top of the heap” to quote Sinatra and in terms of coronavirus we can still hold our heads high: still number one! It makes a fella proud.

Damn! But we’re used to rolling with the punches here after 9/11, Hurricane Sandy, assorted blackouts and the like.

Earlier I wrote about the political implications of the virus and how mass psychology works with the entire bell curve distribution of “neurosis” as a personality trait being shunted, abruptly, to the right. Normally stable personalities are rattled and the panic merchants go off the deep end.

The huge infection rates here – more than previously thought – have a “murderer is calling from inside the house” feel in this horror show we’re living through in our weirdly empty city. Apparently NYC is the “hot zone”, a monkey house full of very sick little monkeys.

On the ground a lot has changed lately. The social distancing is very noticeable – wide berths taken on sidewalks – but weirdly there’s a warm sense of camaraderie and a “howdy stranger” friendliness which harkens back to other Manhattan disasters of the past. Like after 9-11 people are friendlier to strangers but human psychology being what it is tend to take out their anxiety on their loved ones which is tempting but amoral and pointless.

Go underground and for several weeks already the subways have run almost without passengers which is deeply disconcerting: zombie public transport. Our famous “pizza rats” have no damn pizza and above us it seems like there are fewer birds.
It’s very eerie to look down from my 14th floor redoubt to a (5 lane) Eight Avenue without cars, see pictured, the sidewalks peopled by a few dogs walkers and of course the usual free range mental patients yelling at themselves: some things don’t change in Gotham.

Economically this is a disaster for NYC. Much of our economy is based on the tourism, entertainment, and retail, the rest are the Times Square “furry” character selfie-for-money and prostitution industries. We have a large population of urban and working poor and it is an expensive city so it’s a good time for us to tip very generously.

Fortunately unlike in Italy, Spain and Brazil people in Manhattan haven’t started banging pots and pans together in useless acts of virtue signaling and frustration – or of all horrors – singing from their balconies in panicky orgies of noise. The peace and quiet of our city (no sirens!) is actually a silver lining here, creepy though it can be at times. Cheap cacophony is not the cure: the *last* thing we need are all the hothouse flowers on their balconies going nuts with a terrible din and you can be sure the doctors they’re “thanking” in those cities would prefer people to just not hoard masks and actually do something REAL like, here, donate blood or vote for universal medical care.

Happily also they’re keeping the electricity on and the food stores just look like the purchasing manager is a little sloppy. They don’t look like Moscow circa 1990 and – thank goodness – liquor stores are “essential services”. From prior experiences a power outage in a Manhattan high rise is an inconvenience on another dimension: first the lights, TV, internet go and within half an hour you’ve lost all water, showers and…horribly… toilets. That’s before you climb to whatever altitude your apartment is located at. With your legs!

Interviewing the citizenry (at an unnatural distance) what is further angering people is the political dimension.

Republican Senator Burr (NC) who had the vision after a confidential – keep that in mind – “confidential” –government briefing to sell off millions in stock in a maneuver that – were it done by a stockbroker, trader, or lawyer (me, all three in the past) would have landed him in JAIL for insider trading.

“I’m a Chriiistian” Burr has exclaimed often before, a fact which pretty much sums up his ethical architecture as its always the most “righteous” religionists who have the most despicable morals.

But it gets worse. Apart from the President’s petty feuds and personal grievances there was this headline in Politico the other day: “Democrats delayed stimulus bill to insert tighter ban on Trump family profiting.”

Let’s contextualize this for a moment. Can you imagine – in your wildest covid fever dreams – any other US president and his crime family’s name in the above headline? Try for alternate reality’s sake:

What is hard imagine indeed is a scenario where this federal largess IS NOT distributed to the personal benefit of Dr. Donald (of Trump University, presumably) and family. A situation like this displays the deep corruption of our system and the criminal psychopathy of our President. Considering he is now a self-appointed “War President” -presumably his pesky bone spurs from the Vietnam era have cleared up.

Whether his naked incompetence will hurt him in November and “move the needle” against him or whether he will profit electorally is still up in the air though his popularity “bump” is significantly smaller than other democratic leaders. In times of stress authoritarian leaders get a lot of undeserved free credit. Witness wildly incompetent Giuliani and even Bush after 9/11 (Iraq, anyone?).

From a psychological standpoint it is probable that in red states those personally effected by the virus (“Granny is DEAD while Trump dithered and I’m sick of winning”) may be moved to throw their MAGA hats in the trash where they belong. The rest of his base – the unaffected personally – will side with Limbaugh, Falwell and rest of the MAGA crowd and be more motivated to “vote for our Dear Leader in thanks for curing us with his magic” of a virus that, by November, will be a lesser issue anyway.

And — no surprise here – the faith communities are the last to “get the message” which is strange since getting *imaginary* messages is kind of their thing. Consider recent mass gatherings of Islamic conferences and celebrations in Malaysia and Indonesia and the behavior and subsequent infection of the ultra-Orthodox in Tel Aviv.

Plus there is our own Kenneth Copeland’s hilarious “help” and Liberty University, a Christian institution for whom this is all business as usual.
The headline was: “Jerry Falwell Jr defies calls for coronavirus closures and reopens Liberty University.” This week they recorded their first student infection.

Where’s your God NOW, Jerry? Magical thinking like religion or political conman-cults are not tethered to objective reality and so are destined to bump into hard objects.

This virus is a very hard object.

But now, after weeks of near total isolation in Manhattan and a hand washing so hard my nails bleed tonight I’m looking forward to picking my nose like a roto-rooter, rubbing my eyes as if I’d just been tear gassed and trying to fit both fists into my mouth!

“All the birds that were singing have gone,
Except you alone.”
Brokedown Palace, Grateful Dead, 1977 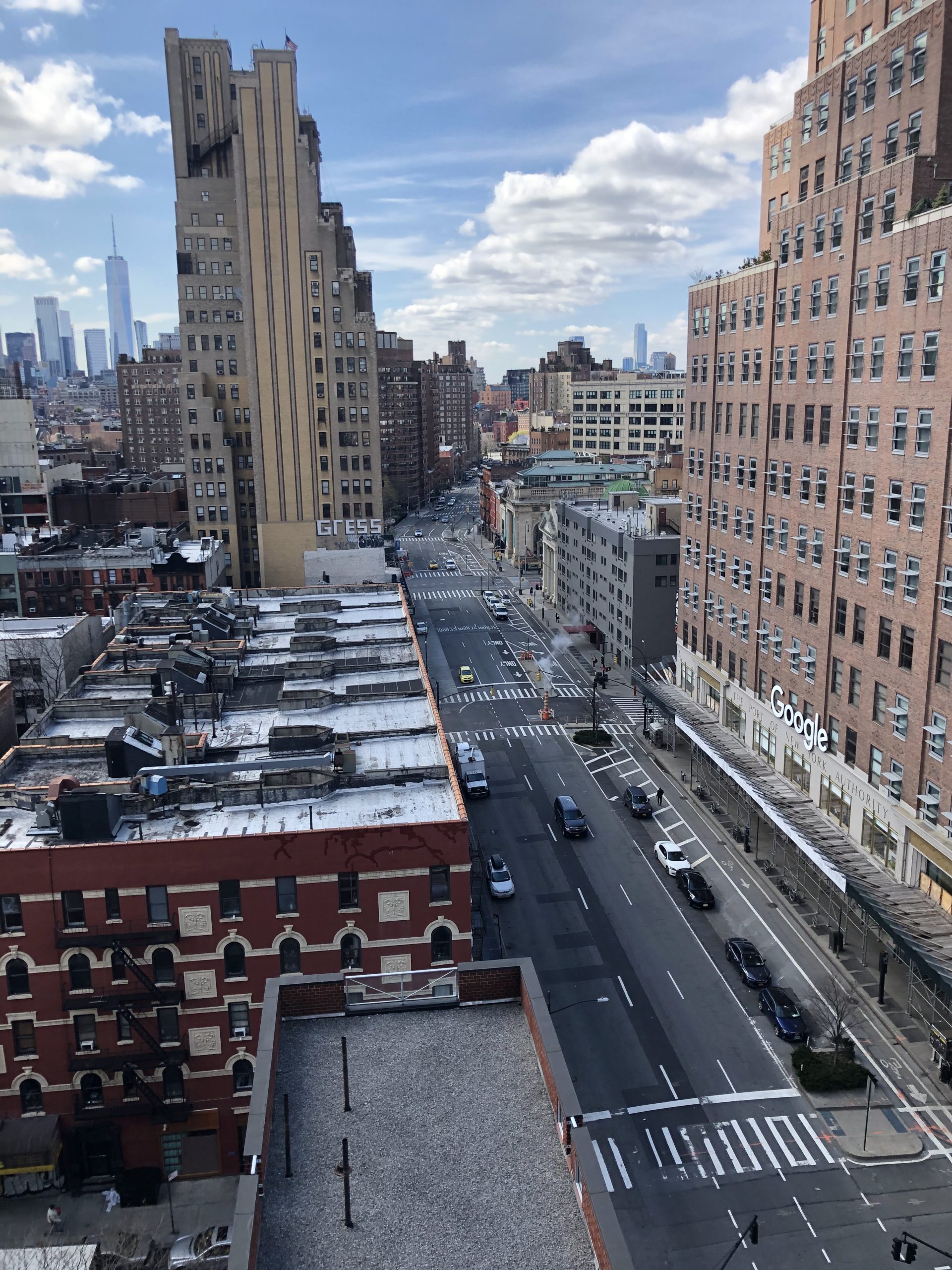