Categories Menu
Home » Breaking News » Yet Another One Bites the Dust

Yet Another One Bites the Dust 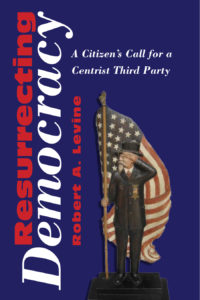 It may be hard to believe but President Trump has fired another one of his National Security Advisors, John Bolton. This is either the third or fourth, but who’s counting. The seat of the Director of National Intelligence is also vacant as well as that of the Secretary for Homeland Security. In addition, many of the top security and intelligence personnel have abandoned the Trump ship, since he did not listen to them or follow accepted protocol on intelligence.

John Bolton was a hawk as far as Russia, China, North Korea and Iran were concerned and Trump was unwilling to accept his advice. So now it appears as if Trump will have to keep America secure by himself with the intelligence he gets from Fox News. Oh, I forgot. They are starting to abandon him as well. So where will Trump get intelligence and information on the nation’s adversaries.

Well, maybe he can get his information about Russia’s actions from his buddy Vlady Putin, as Trump seems willing to give him plenty of info. And since he and Kim are in love, maybe Kim will tell him what North Korea has in store in terms of its nukes and missiles. In general, it seems as if Trump (and America) is at a severe disadvantage in dealing with national security threats.

Russia, our main adversary, has been able to have its way with Trump, even though Congress and the EU insisted on sanctioning Russia for its actions in Ukraine and the annexation of Crimea. Trump wants to go easy on Russia and invite Putin to the G7 meetings next year at Trump’s Doral Resort in Miami. He’d like Russia to be a member again and to ease up on the sanctions. Bolton was a Russia hawk and could not understand Trump’s affinity for Putin. Something is driving that connection which is unclear, but Trump is willing to do the Russian leader’s bidding.

China is another strong adversary that Bolton wanted us to confront in the China Sea and over Taiwan. Trump is using the security conflicts with China to try and get some victories in the trade war that he can boast about to the electorate before the 2020 election. Remember, he told Americans that trade wars were easy to win, but now he’s discovering it ain’t so easy. He has to find some way to convince his base that America is winning, even though citizens are paying more for consumer goods.

And for all the love and sweet words between Kim and Trump, Kim is eating Trump’s breakfast. The talks between Trump and Kim have gone nowhere, while Kim is developing new missiles and building nuclear weapons. Kim has totally outsmarted Trump who was supposed to be the master of the art of the deal. Ha!

In getting out of the Iran Compact, Trump seemed to be doing Netanyahu’s bidding, abandoning our European allies. One crook helping another. Except Trump and Netanyahu overplayed their hands. Iran had agreed to halt nuclear development for at least a decade and now it’s back working on its nukes again. There are sanctions in place but Trump and Netanyahu have nothing to show for the broken agreement. Trump has offered to meet with the Iranian president but what does he have to offer him besides dropping the sanctions. It’ll be like Trump telling his base that Mexico will pay for the wall. For those who believe Trump, I’ve got a bridge I’d like to sell.

Anyway, Bolton’s gone and Trump has to find another security advisor willing to take Trump’s sh-t. It may not be so easy this time around. Resurrecting Democracy www.robertlevinebooks.com