Posted on May 3, 2021
You are here: Home / Breaking News / World Trade ruling could unleash new Trump conflict with Europe 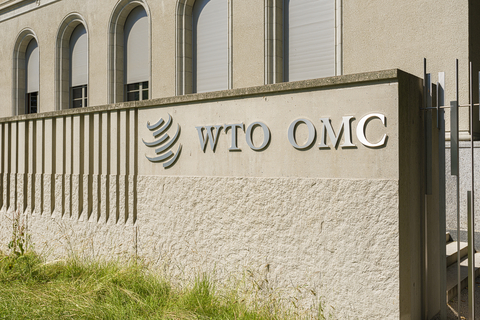 The European Union (EU) has received authority from the World Trade Organisation to retaliate for up to $4 billion worth of government subsidies allegedly given to Boeing to compete against Europe’s Airbus Industries.

As a result, a serious new trade conflict with Europe could flare up just when President Donald Trump is fighting hard to gain ground against challenger Joe Biden who is still leading in the polls.

Trump may choose to be tougher against Europe to strengthen his image as a decider who is not afraid of standing up to even allies if he thinks that will make Biden look the weaker man likely to pander to Europeans at the cost of placing American workers first in all circumstances.

But Covid-19 has made it more urgent for Washington and Brussels to bury the hatchet since the only airlines still operating successfully are in China. With the airline and air travel industries likely to be in prolonged distress in Europe and the US, both Boeing and Airbus need their long term Chinese airline customers.

Boeing estimates China will need more than 8,000 planes in the next 20 years. But it is struggling to get new orders partly because of the reputational hit it took after the two 737 Max 8 jets accidents. Separately, Airbus has announced a commitment from China to buy $35 billion worth of its aircraft. Neither company can afford a tit-for-tat trade fight between Washington and Brussels concerning their affairs.

Analysts expect EU retaliation soon because its targets will include agricultural exports from Florida and other battleground states that could hurt Trump’s election prospects. The EU wants to use that as a menace to get better treatment from the US.

If the EU does retaliate quickly, an irate Trump may counter-retaliate turning the Boeing-Airbus litigation first started in 2004 into a trade conflict.

The WTO’s permission for EU retaliation for subsidies the US allegedly gave to Boeing was long expected but was delayed by the Covid-19 slowdown.

The US has already warned that it will counter-retaliate if the EU tries to punish the US. Trade Representative Robert Lighthizer plans to unleash new penalties against European exports of a wide variety of goods if the EU dares to act upon the WTO ruling.

That retaliation would in addition to tariffs on $7.5 billion worth of imports from the EU imposed late last year, following an earlier WTO ruling allowing the US to punish the EU for subsidizing Airbus.

The EU is pleased at the WTO ruling but it was not a clear victory because the $4 billion award is less than the $7.5 billion award to the US last year.

Neither litigant won what it wanted from the WTO panel. The US trade office estimates the harm from EU subsidies to Airbus at $11 billion in trade each year. In turn, the EU estimates at $12 billion the damages caused to Airbus by US support of Boeing.

The US argues that Tuesday’s award to the EU is unjustified and has “no legal basis” because it concerns a tax-break given by Washington state to Boeing, which was repealed earlier this year.

Lighthizer reportedly wants that the EU should not only eschew retaliation but also enter new negotiations with the US to promise “not to do it again” and pay back to Boeing “some element of the subsidy” given to Airbus.

His counterpart at the EU, trade commissioner Valdis Dombrovskis has called for the US to remove the earlier tariffs to enable both sides to reach a new long-term agreement. So far, Boeing and Airbus are the world’s only two makers of commercial aircraft and both are Western.

Dombrovskis fears that China is working hard to build competing commercial aircrafts that are likely to start winning market share by 2025. Prolonged disputes between Boeing and Airbus and resultant trade conflict between the EU and US will be harmful for the longtime Western grip on civil aviation.

For Europeans that is an unwelcome scenario since they have already fallen behind China in solar electricity, driverless and electric cars, high speed trains and next generation 5G telecommunication.

The US is less vulnerable than the EU to Chinese high-tech inroads, so building common fronts against China with Europe in not a priority for the Trump administration.

But Lighthizer’s somewhat high-handed approach is not going down well in the EU. Dombrovskis has already drawn up a list of punitive tariffs on imports from the US to the value of $4 billion.

The winners then would be China and Russia because both would get a chance to win market share for their commercial airliners outside their own territories.