Posted on September 5, 2022
You are here: Home / International / Saudi Arabia / Will Killing al-Zawahiri Cancel Out The Fist Bump? 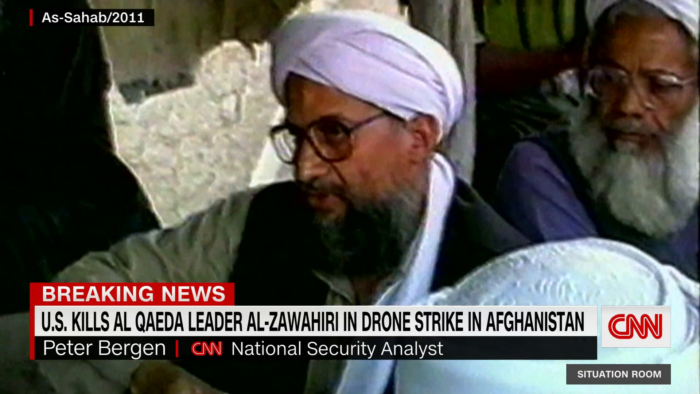 Some will argue which killing is most destructive to terrorism. While Bin Laden was certainly the greatest symbolic victory, al-Zawahiri may well be the greatest strategic blow. al-Zawahiri was a surgeon. This means he was extremely well educated. This differentiates al-Zawahiri from other terrorist leaders. It also may differentiate al-Zawahiri from whoever will succeed him. al-Zawahiri also possessed a great deal of battlefield experience, as he was part of the plot to overthrow the Egyptian government. According to the journalist Hamid Mir (the only journalist to interview Osama Bin Laden after the September 11 attacks), al-Zawahiri may have been a more formidable threat than Osama Bin Laden himself.

So how will eliminating al-Zawahiri affect President Biden’s legacy? President Biden will no doubt use this as an example that terrorists can be eliminated without major full scale wars. However, according to initial reports, al-Zawahiri seems to have been killed because he got over-confident. At last report he was killed standing on a balcony. It also is highly possible that al-Zawahiri was only in this location because of the Taliban takeover. One may wonder why the media is not being more persistent in asking questions like why al-Zawahiri was not eliminated earlier? Or what would have been the course of action if he had not gotten reckless and stood in plain sight on a balcony? Some have predicted the disastrous withdrawal from Afghanistan may have left a permanent scar on Biden’s legacy. Biden had promised to truly end the United States dependency on Saudi Arabia. After pressure from 9/11 Families, Biden finally allowed classified documents regarding Saudi ties to the September 11 attacks to be declassified. He then proceeded to disappoint many by visiting Saudi Arabia and “fist bumping” Prince Mohammed bin Salman.

In recent days, Biden’s agenda has started to rebound. Will adding al-Zawahiri to the kill list turn Biden’s approval ratings around in time for the midterms? With the help of Senator Schumer and Senator Manchin, new energy reform legislation has the chance to become reality. Could this energy reform bill help the U.S. become less dependent on Saudi Arabia? Hopefully President Biden will not have to fist bump any Saudi princes again.