Posted on May 3, 2021
You are here: Home / Refugees / Widespread despair and suicides among refugees: UN voices alarm 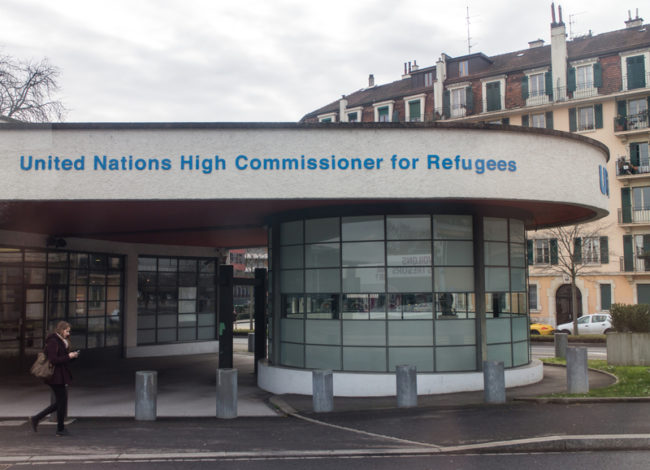 Lack of solutions and lack of hope in the future is inducing widespread despair among refugees crowded into makeshift camps with few health services and little protection against the coronavirus pandemic.

This is happening even as many rich countries close doors to refugees with the Trump administration taking the most drastic measures to prevent entry of new refugees to the US.

“The need to support mental health assistance for displaced populations was critical before the pandemic but now we are dealing with an emergency and a picture of widespread despair,” Filippo Grandi, the UN High Commissioner for Refugees, said this weekend.

“Many refugees tell us they see their futures crumbling. The issues that drove them from their countries remain unresolved and they can’t return home,” he warned. “They see a lack of solutions and lack hope in the future.”

Alarmingly, some field reports have pointed to a rise in suicide attempts since the onset of the pandemic. The number of suicide attempts among refugees in Uganda increased significantly with 210 attempts reported this year compared to 129 last year. Many more refugees are calling help centers in Lebanon with thoughts of suicide or self-harm.

But the desperation of refugees is finding little sympathy in rich countries. Trump officials plan to admit only 18,000 refugees in fiscal year 2020, down from 30,000 in fiscal 2019. These are the lowest single year numbers since 1980 when Congress created the US refugee resettlement program.

Both the US and European Union (EU) are closing their doors despite international treaties that require them to provide protection to genuine refugees. They suspect that most of the refugees are economic migrants who are using the refugee label to evade immigration laws.

The EU discussed new proposals earlier in the week for a European pact on migration and asylum but it seems designed mainly to keep asylum seekers away from European territories. The intention is to keep them in detention camps located in bordering countries while EU authorities slow roll administrative processes required to recognize each person’s right to political asylum.

So far, this has meant that people trying to cross the Mediterranean Sea from Turkey or Libya are returned to their embarkation points sometimes by European naval frigates, which escort their ramshackle vessels. Those who are returned to Libya face particularly painful conditions despite European payments to the government because it is a war-torn country without stable governance. Reportedly, Libya’s refugee detention centers are like prisons with insufficient food, medical aid or protection against Covid-19 infections.

The coronavirus toll is rising in Middle Eastern facilities for displaced persons and refugees, especially in Iraq, Syria, Lebanon, Jordan and the Palestinian territories. UN refugee agency officials warn of a “poverty pandemic” among refugees in the region. The worst challenge is the loss of livelihoods. Refugees cannot leave the camps to work outside since the fear of Covid-19 infection has dried up job opportunities. Anyone coming into a camp from outside also has to observe a 14-day quarantine in an isolated area inside the camp.

The UN refugee agency estimates that more than 80 million people are displaced from their homes because of war, violence and persecution, including 26 million refugees seeking safety in foreign lands. There were 4.8 million new internal displacements in the first half of 2020, a million more than in the first half of 2019. More than 4.2 million people are stateless. Thus, even the country that they fled no longer recognizes them as persons with a legal right of return.

Some people have been in refugee camps for more than 20 years. A separate UN body from which the Trump administration has cut all funding looks after 5.6 million Palestinian refugees, including some who became refugees over 60 years ago.