Updated: Senate Republicans reversed themselves on 02 August 2022 (86-11) and passed the bill. 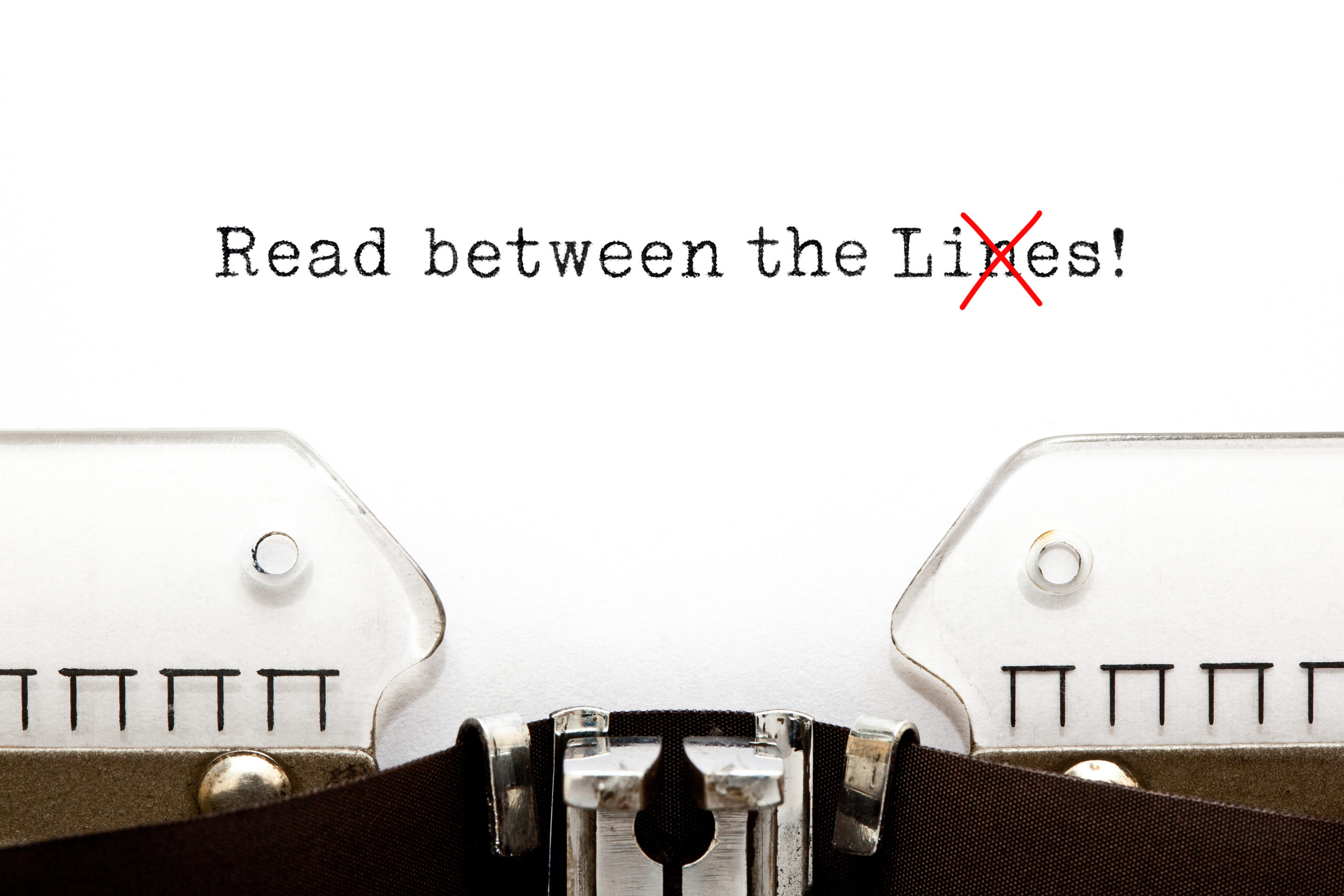 As a sweeping generalization, I am more likely to believe Jon Stewart on veteran’s health issues than just about anyone else. His arguments rest on our promises and human decency, and he has no vested interests.

I could not find a straight answer to the question of who is lying about the Honoring our PACT Act of 2021 which provides new health benefits for vets. Instead, every news story (and even the “analysis”) just quotes Stewart or Senate Republicans. Or, like Axios, leads with the lie. This is journalistic malpractice.

As amended, each covers exposure to toxicity for 3.5 million veterans, including those from the Vietnam War. Every news story I have read conflates the two measures/votes.

First, you need to understand the ping-pong nature of the votes and final text of the two bills.

Second, you need to know that the Senate FILIBUSTERED S.3373 (as amended by the House to match the Senate amendments of the House bill the Senate passed in June).

Read that bolded sentence again. That’s what I mean by “ping-pong.”

McConnell’s assertion is a bald-faced lie. So is Toomey’s.

McConnell said he supports the “substance of the bill” but added “even on legislation this major and this costly, the Democratic Leader tried to block the Senate from any semblance of a fair amendment process.”

The Senate had already amended the proposed bill. McConnell led a filibuster of THE SENATE’S OWN AMENDMENTS.

Why did CNN present McConnell’s soundbite without context? It’s not even a he-said-she-said claim.

“What I’m trying to do is change a government accounting methodology designed to allow our Democratic colleagues to go on an unrelated $400 billion spending spree that has nothing to do with veterans and won’t be in the veterans’ space,” [Toomey] added of his desire to amend the bill, noting that other Republicans might have other amendments.

Why did Axios lead with Toomey’s lie? (Don’t answer that: clicks are us.) 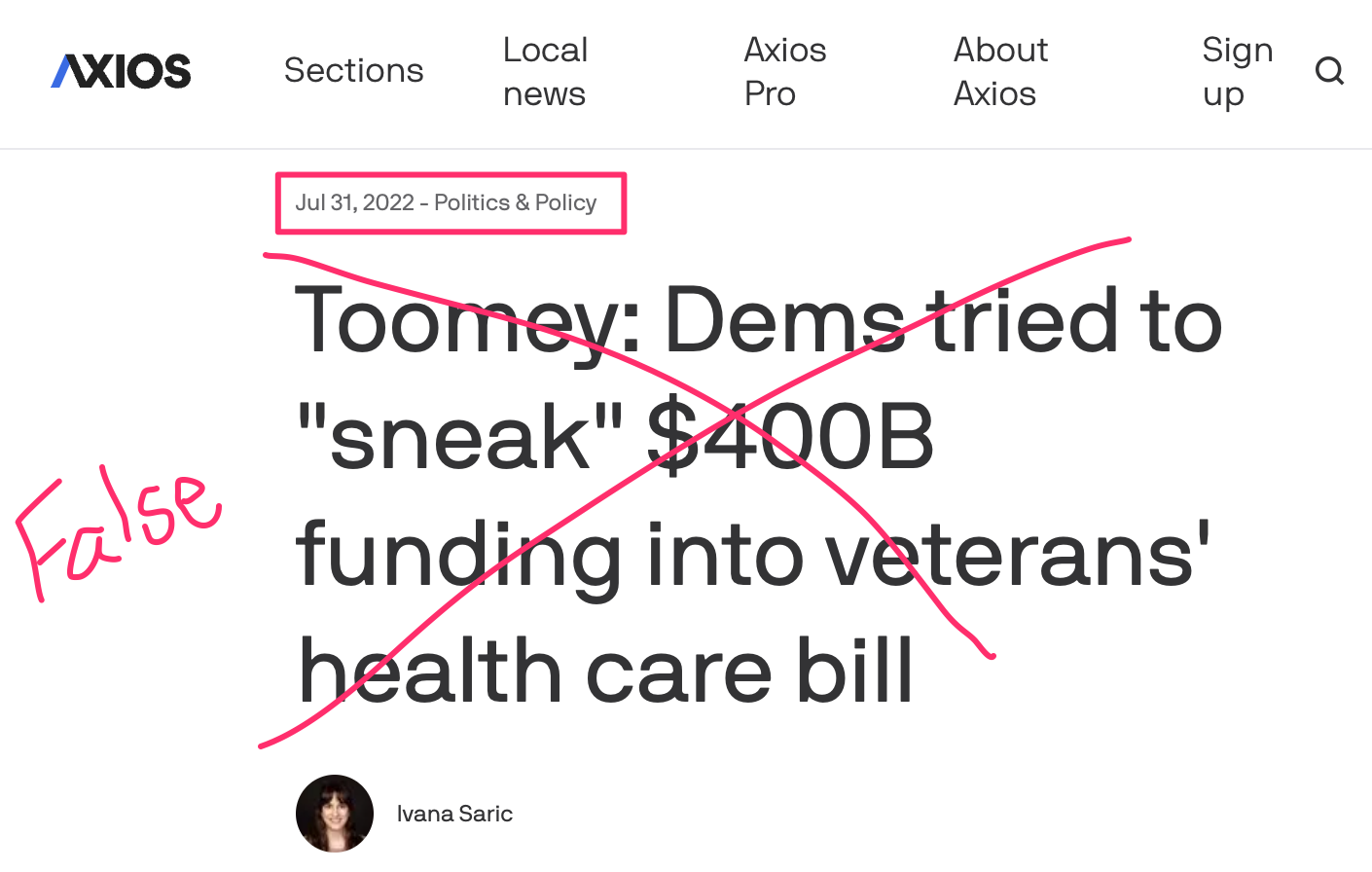 Timeline of the bills

NOTE: if you find a news story that spells out clearly that there are two bills which are mirrors (rather than muddying the story by treating the bills as one), please put that in the comments and I’ll update this story.

Text of the bills

You know what’s coming next, right?

The House sent the SENATE bill back, with the exact same text that the Senate had used in its amendment to the HOUSE bill.

Technically the Senate did not reject the bill that it had passed in June, because in that vote it passed its amended version of the House bill.

Practically the Senate rejected the bill that it had passed in June.

As Stewart has pointed out, the text of the bill the Senate passed on 16 June is exactly the same as the bill they refused to bring to a vote on 27 July 2022.

“The bill that Ted Cruz voted yes on had the exact same funding provisions as the bill he voted no on,” said Stewart on Meet the Press. “It’s the exact same bill. None of this makes any sense.”

Running “difference” on the text of the two bills shows that the only changes reflect the Chamber of origin.

A reminder that the founders thought that majority votes were sufficient for most Senate action. The filibuster is a modern technique used primarily to block civil rights actions in the 20th century. In the 21st, the GOP uses the filibuster as its “get out of needing to govern” card.

Senate Republicans moved to filibuster S.3373 (as amended by the House to match Senate amendments) even though the chamber had overwhelming endorsed THOSE WORDS (84-14) on 16 June 2022.

Most Republicans chose to filibuster, which means that the Senate GOP blocked consideration of S.3373 as amended.

The PACT Act is a stand alone bill. The PACT Act has no spending unrelated to Veteran's Health and Benefits. There is no "Pork". There is no budget maneuver that then allows Dems to backfill w whatever they want…but as a registered Liberal Piece of Shit…don't take my word. https://t.co/WuIi8zGnwg

Who is lying about the PACT bill?
Activity: 3 Total