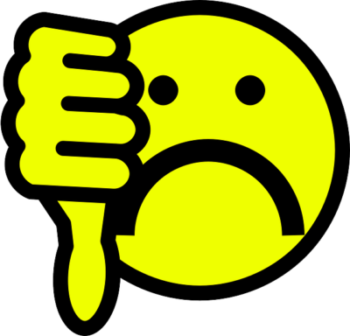 Two of the things that most characterize Donald Trump and his administration are two “wars”: the war on science and the war on facts. And now both of these have come together in reports that the White House is trying to discredit one of the country’s most respected figures, Dr. Anthony Fauci, the country’s leading infectious disease expert. You can already see the White House’s talking points spreading on Twitter and Fox News.

The White House is seeking to discredit Dr. Anthony Fauci, the country’s leading infectious disease expert, as President Donald Trump works to marginalize him and his dire warnings about the shortcomings of the U.S. coronavirus response.

Among them: Fauci’s comments in January that the coronavirus was “not a major threat” and his guidance in March that “people should not be walking around with masks.”

It was a move more characteristic of a political campaign furtively disseminating opposition research about an opponent than of a White House struggling to contain a pandemic that has killed more than 135,000 people, according to an NBC News tally.

Fauci, who runs the National Institute of Allergy and Infectious Diseases, had been a leading member of the White House coronavirus task force and a key communicator with the public until the president soured on his sober assessments of the situation, which have increasingly conflicted with the more sanguine picture of a virus in retreat that the president has sought to paint.

In recent days, Fauci has deviated from Trump by disputing that the U.S. is “doing great” and by faulting the decision in some states to reopen too quickly and to sidestep the task force’s suggested criteria for when it’s safe to loosen restrictions. In a particularly alarming prediction, Fauci said he wouldn’t be surprised if the U.S. was soon adding 100,000 new cases a day — a figure that would reflect an abject failure to slow the spread.

Fauci has argued that parts of the country experiencing surges should shut down, “but there is no buy-in for that,” said an official with direct knowledge of the conversation who spoke on the condition of anonymity.

Four months ahead of Election Day, Trump wants to “reopen and move on,” said another senior administration official who spoke on the condition of anonymity to reveal internal deliberations. Those who disagree with that approach are out of favor, the official said.

Fauci has also expressed concern about the administration’s plan to reopen schools, but White House officials see keeping children home as having even more deleterious effects. Fauci has also called on state and local officials to mandate that people wear masks in public.

Even though his suggestions have been largely ignored, Fauci has not complained that he does not get in to see the president, according to one of the officials.

Plus, this is likely a BIG reason why Fauci has been sidelined on TV appearances:

Trump is also galled by Fauci’s approval ratings. A recent New York Times/Siena College poll showed that 67 percent of voters trusted Fauci for information on the coronavirus, compared with 26 percent who trusted Trump.

The internal turmoil and troubled national response have taken a toll on Fauci, those close to him say. He is exasperated that states and individuals are not following the recommendations of experts, such as social distancing and wearing face coverings, said David Barr, a longtime HIV/AIDS activist who has known Fauci for 30 years.

..People who are close to Fauci say the public undermining of scientists and public health experts has frustrated and saddened him because it adds to the chaos the country is already experiencing from the pandemic.

(Not amazing, if you know anything about this White House.) https://t.co/hyGc4MbmAO

THANK YOU Dr . Fauci …I / we look forward to what you have to say

SO DUMB!?Trump does oppo dump on one of most trusted people in America-> “Trump is galled by Fauci’s approval ratings. A recent NYTimes poll showed that 67% of voters trusted Fauci for information on the coronavirus, compared with 26% who trusted Trump.” https://t.co/TwQ5ORxffn

Ignore the WH oppo on Fauci. It is misleading & fits the pattern we’ve seen with Mattis, Kelly, Yovanovitch & others before. When an official contradicts, speaks the truth, or steals the spotlight from Trump, he & his team often shift blame & tar reputations, regardless of facts

The White House orchestrating a hit job on one of the country’s most respected public health officials in the middle of a pandemic isn’t just dangerous and repugnant – it’s one of the politically stupider moves they’ve made in a long time.

Kinda funny the White House is now all into pointing out every single thing Dr. Fauci has gotten wrong.

Can they point out a single thing Trump has got right?

Being “sidelined” is Trump code for being given the “choice” between “resigning” and being shoved out. If Fauci has any self-respect left after his immersion in the swamp, he should give Trump the finger — politely, of course — and depart under protest. https://t.co/HCcsFHeyQg

Tragic and utterly predictable.
Fauci deserves great credit for hanging in there as long as he has despite fragging from WH. He is a true patriot.https://t.co/1OpLveTJrh

– LTC Vindman, the Purple Heart recipient, determines his military career is over
– Roger Stone, the convicted felon, is pardoned
– Dr. Anthony Fauci, the infectious diseases expert, is back-stabbed by the WH in the midst of a worsening pandemic.

Trump has muzzled the most trusted doctor and scientist in the country. Now they are sending out oppo on him to try and make him look bad. Outrageous. No wonder we lead the world in Covid cases and deaths. And the virus rages on. https://t.co/aHIpMs2VOI

It’s nuclear grade bananas to have White House staff sending reporters opposition research on their own top infectious disease doctor in the middle of a worsening pandemic that has already killed 130,000.