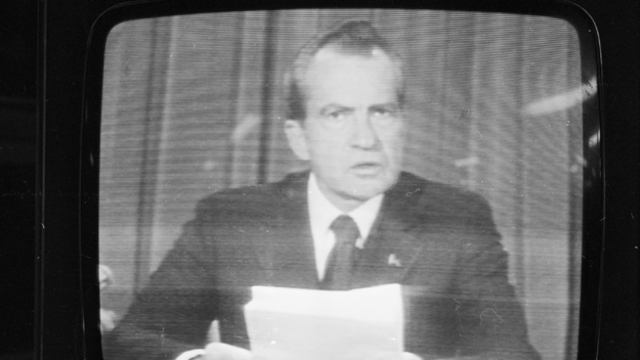 Richard Nixon resigned amid Watergate scandal 48 years ago on August 8, 1974. I was asleep and awakened by someone who summed up the day in one sentence.

What I experienced that day started in India in 1973 when I began writing as the officially accredited Special Correspondent (paid by the piece) for the now defunct Chicago Daily News and self-syndicating my stories to newspapers throughout the world.

In early 1974 I was in enormous pain and it was diagnosed as a pilonidal cyst, located on my butt. It was serious enough that an Indian family I knew took me to a doctor who was a surgeon/doctor for then Prime Minister Indira Gandhi. He diagnosed it and set me up to have it drained in a not-state-of-the-art hospital crammed with people, some of them in cots in the hallways. The family didn’t want me to recuperate there so they carried me to the car on a coffee table and took me to their house.

I recovered but the cyst had only been drained and it was important that it be removed. So it was decided I’d have it done when I returned to Connecticut for the summer. The operation was slated for August 8, 1974 in New Haven, CT.

After the operation to remove the cyst from my butt I was in a deep sleep when I felt someone gently but persistantly shaking me.

“Wake up! Wake up! You can’t miss this. This is HISTORY! Wake up!” The nurse was shaking me. I opened my eyes and saw Nixon on the TV screen about to give his resignation speech.

The speech was over. And the nurse said:

“There we go. Two assholes gone in one day…”

Read Kathy Gill’s post about Nixon’s resignation and where she was that day.