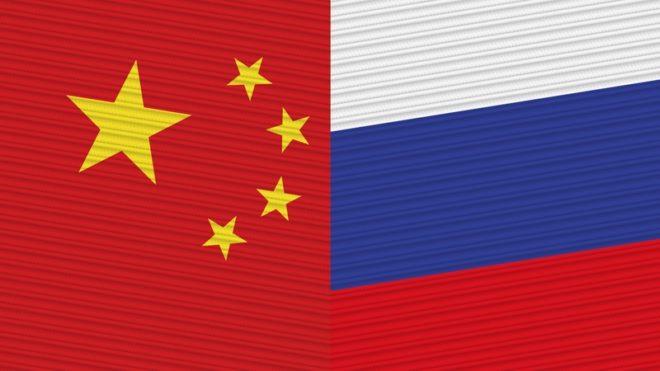 Russia and China have declared war on the United States. There have been no formal declarations of war, and there have been no military attacks on the United States, so most Americans do not know that we are at war. But the intelligence specialists who track Russian and Chinese behavior know that these two countries have been at war with us for at least the last two decades. This reality should not be surprising. After all, Putin and Xi have made no secret of their contempt for democracy in general and the United States in particular. If they can use 21st Century weapons to destroy us, then there will be no impediment to their neo-fascist global ambitions.

What is meant by “21st Century weapons”?

In the last 70 years all economic and organizational transactions have become computerized, stored, and exchanged electronically. And, as an adjunct to all of this, social media platforms have piggy-backed on the Internet, allowing anyone the opportunity to voice an opinion with the possibility of gaining an instantaneous worldwide audience. These modern technologies are based on coding and programming. The programs are vulnerable to hacking, where computer-savvy individuals penetrate the programs to steal information, plant destructive malware changes in the programs, or spread fabrications.

Hacking was initially the preoccupation of individuals who made limited penetrations causing little damage. Now hacking has become weaponized; a major part of the dictatorial arsenal. Both Putin and Xi want to destroy the United States, but they use hacking differently to achieve this goal.

Putin hacks social media, using the freedom of social media against ourselves. Social media is used by millions to express wildly divergent opinions about everything. Increasingly sophisticated government-supported Russian hackers plant exaggerated extremist ‘reports,’ outright fabrications, conspiracy theories, and propaganda, all while pretending to be various American groups. The purpose is to sow distrust; to get Americans to distrust everything American- our journalists, our politicians, our corporations and businesses, our government, and each other. Russians attack our election processes to sow distrust in the basic democratic act- voting. They plant malware to attack and cripple our infrastructure. Anything to weaken us without provoking a response from the American military. And of course they deny doing any of this.

The Russian hacking strategy is the strategy of a weak country. Russia’s annual gross domestic product is much smaller than that of California. The Russian military is no match for the combined forces of the United States and our NATO allies.

China is a different story. The size of the Chinese economy essentially matches the United States, their military is much larger than ours, and their military technology is almost as good as ours. The irony of this is that China is only in this position because we have been transferring vast amounts of wealth to China in exchange for cheap Chinese goods, for decades. Given China’s near-economic and military parity with us, their hacking strategy is different from Russia’s. The Chinese use hacking to steal our intellectual capital. They want our technological secrets, and they will do anything to get them. In addition to hacking they bribe vulnerable individuals and they force American companies doing business in China to turn over their technology secrets as the price for doing business in China.

Both forms of hacking are destructive and disturbing. The Russian form of hacking attacks us from the inside, and the Chinese form of hacking gives them the means to attack us externally. What makes their hacking even more ominous is the fact that the two countries have renewed their Cold War alliance. This is not surprising, since both dictators share the same goal. They recognize that the two hacking strategies complement each other beautifully. The more divided and distrustful we become internally, the more vulnerable we become to an external attack.

Democracies are always initially asleep at the wheel when it comes to dealing with dictatorial threat. Hopefully its not too late for us to wake up.