Categories Menu
Home » Nature » Water woes in the USA’s southwest are getting worse.

Water woes in the USA’s southwest are getting worse. Water woes in the USA’s southwest are getting worse.

The 20 November 2019 report The Risk of Curtailment under the Colorado River Compact states that the structural deficit “results from the fact that the allocations to and usage by the Lower Division states do not account for evaporation from Lake Mead, system losses in the Lower Basin, or the Lower Basin’s portion of the obligation to Mexico.”

From the same report:

The largest risk for the Upper Basin stems from a decision made in 1922 that appears to place much of the burden of Colorado River shortages on the Upper Basin states. Presuming the river was capable of providing far more water than we now know that it has, the framers of the Colorado River Compact a century ago wrote water-sharing provisions that place a disproportionate burden on the Upper Basin during times of low flows. In the world in which they thought they lived, the River would produce a substantial surplus beyond what they were allocating – enough water to meet everyone’s contemplated needs, with a surplus for future growth. They failed to see the risk posed by the bargains they made should they be wrong, made no accommodation for an equitable sharing of shortages, and wrote the rules in a way that allocated the burden of future uncertainty to the Upper Basin.

Second, not all parties to the 1922 Colorado River Compact have been abiding by the legal limits placed on them.

“From 1964 to 2001, California diverted an average of 5.1 MAF per year from the Colorado River. It was able to do so because Arizona and Nevada were not utilizing the full amount of their allocations. But that landscape began to change at the beginning of the 21st century. Uses in Arizona and Nevada were ramping up, and concerns were growing that California needed to be put on a water diet, whether voluntarily or through intervention, and its uses limited to 4.4 MAF as required by the Boulder Canyon Project Act. . . The Lower Division states are using more Colorado River mainstem water on average than the 7.5 MAF allocated under the 1922 Compact, approximately 1.2 million acre feet more each year than they receive from Lake Powell and from tributary inflows. . . Colorado and the other Upper Division states are and always have been in full compliance with both the 1922 Compact and the Upper Basin Compact.”

Third, there would be plenty of water in the Colorado River for those who live near the river if much of the water were not being pumped uphill in order to send it to Los Angeles. 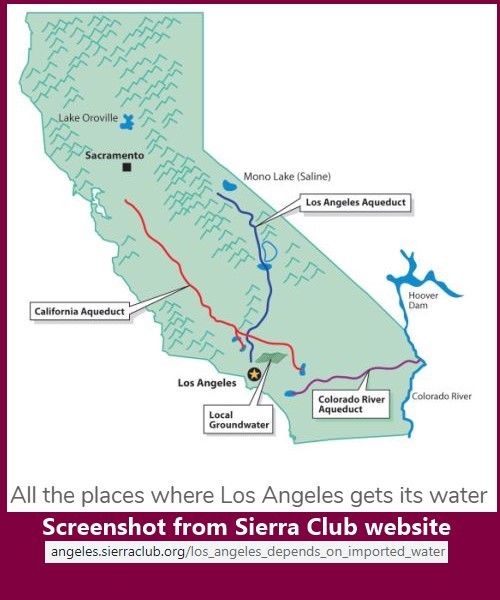 It is not natural for southern California to receive any water from the Colorado River.

Fourth, the climate in the USA’s southwest is reverting back to the way it was before Europeans began colonizing the Americas.

Sure, media members talk about climate change in the USA’s southwest, but not all of them admit that the climate is changing back to is pre-Columbian state.

In 2014, National Geographic reported on pre-Columbian state of the USA’s southwest.

Regarding the southwest’s drought history, the Yale School of Forestry & Environmental Studies reports, “There is tree ring data to show that multi-decadal mega-droughts have occurred before, one that lasted, during Roman Empire times, for more than half a century.” 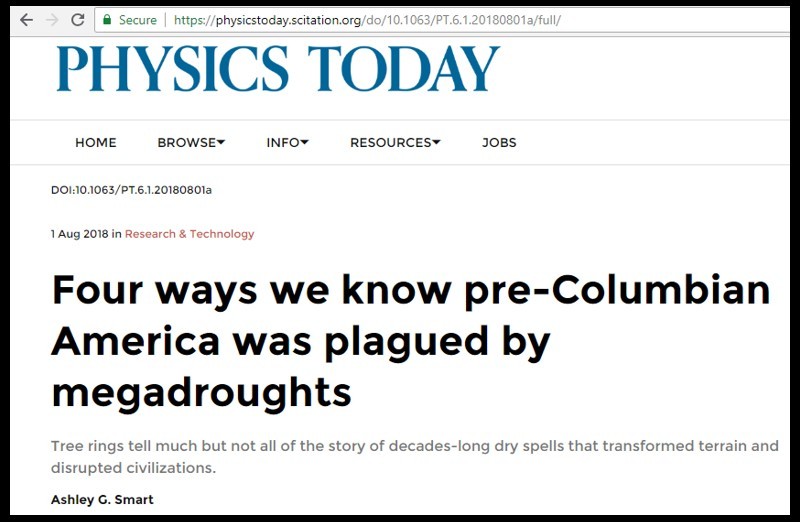 That the southwest’s climate is reverting back to its previous state shouldn’t surprise anyone who is up-to-date about climate history. As the University of Alaska and the University of California San Diego both reveal, that history resembles a roller coaster. 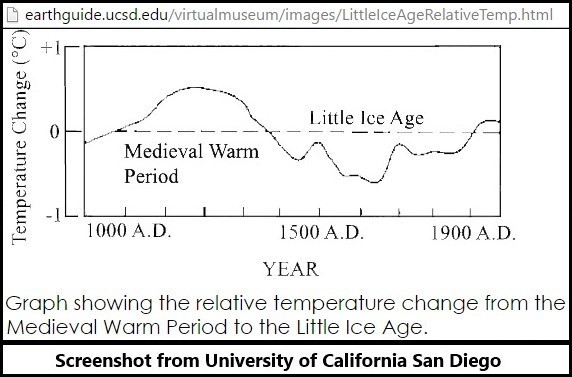 Seriously, does it make sense for 40 million people to try to get water from a region that is historically a desert?