Posted on May 6, 2021
You are here: Home / Featured / Vaccination rates break down along party lines 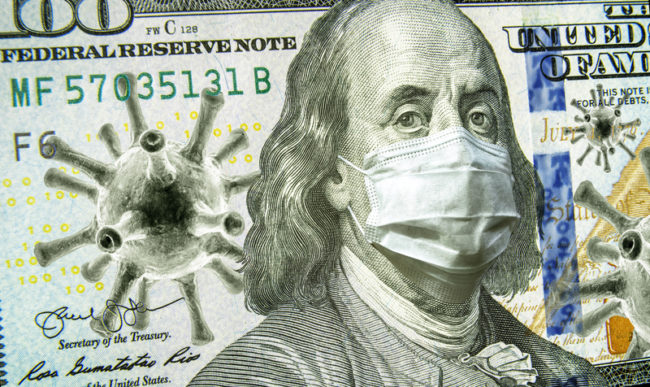 21st century politics so far has been marked by mega-polarization and a Golden Age of Misinformation (and lies) for political gain. So this New York Times report is jarring – but not surprising.

About 31 percent of adults in the United States have now been fully vaccinated. Scientists have estimated that 70 to 90 percent of the total population must acquire resistance to the virus to reach herd immunity. But in hundreds of counties around the country, vaccination rates are low, with some even languishing in the teens.

The disparity in vaccination rates has so far mainly broken down along political lines. The New York Times examined survey and vaccine administration data for nearly every U.S. county and found that both willingness to receive a vaccine and actual vaccination rates to date were lower, on average, in counties where a majority of residents voted to re-elect former President Donald J. Trump in 2020. The phenomenon has left some places with a shortage of supply and others with a glut.

For months, health officials across the United States have been racing to inoculate people as variants of the coronavirus have continued to gain a foothold, carrying mutations that can make infections more contagious and, in some cases, deadlier. Vaccinations have sped up and, in many places, people are still unable to book appointments because of high demand. In Michigan, where cases have spiraled out of control, Gov. Gretchen Whitmer, a Democrat, recently urged President Biden to send additional doses.

…And in interviews with more than two dozen state and county health officials — including some who said they were feeling weary after a year of hearing lifelong friends, family and neighbors tell them that the virus was a hoax or not particularly serious — most attributed low vaccination rates at least partly to hesitant conservative populations.

“I just never in a million years ever expected my field of work to become less medical and more political,” said Hailey Bloom, a registered Republican and the public information officer for the health department that covers Natrona County, Wyo., which Mr. Trump won by a wide margin last year.

The relationship between vaccination and politics reflects demographics. Vaccine hesitancy is highest in counties that are rural and have lower income levels and college graduation rates — the same characteristics found in counties that were more likely to have supported Mr. Trump. In wealthier Trump-supporting counties with higher college graduation rates, the vaccination gap is smaller, the analysis found, but the partisan gap holds even after accounting for income, race and age demographics, population density and a county’s infection and death rate.

When asked in polls about their vaccination plans, Republicans across the country have been far less likely than Democrats to say they plan to get shots. Most recently, on Wednesday, Monmouth University and Quinnipiac University polls indicated that almost half of Republicans did not plan to pursue vaccinations. Only around one in 20 Democrats said the same.

When you have Fox News’ Tucker questioning whether the government is lying about vaccines helping and Dr. Anthony Fauci being demonized and attacked by the always-jacket-less and yelling Rep. Jim Jordan this partisan vaccination hesitancy fed by partisan hackery is no surprise.
For more discussion of this issue go HERE.